Consumers will determine the future of news

In the 19th century, newspapers were rocked by a disruptive new technology. The telegraph allowed information to travel faster than ever before, worrying editors and journalists. Why would anyone read a newspaper if news could travel instantly through cables?

The telegraph meant readers expected news to be conveyed more efficiently. But the anticipated newspaper apocalypse never arrived. Far from bringing an end to the industry, the telegraph was co-opted by the best newspapers. Although the telegraph is obsolete today, the rapid and reliable delivery of information it enabled remains a hallmark of the newspaper industry.

Technology has shaped the way people consume news for centuries. Today, anyone with a smartphone can access an unprecedented number of news sources, while sharing content with friends and followers. Consumers are also using the Internet and mobile apps to engage with new forms of advertising, putting pressure on traditional ad-supported industries, including news publishers.

These changes in consumer and marketing behaviour have profound implications for traditional news business models. But they do not mean the death of journalism. In fact, our appetite for quality journalism is on the rise. According to Enhanced Media Metrics Australia, 90 per cent of Australians read Australian news media, and readership has been increasing.

I have read the AFR every day since high school. The way I read it has changed from print to a computer and now to a smartphone. What has remained constant is my need to be kept informed, whether on breaking business developments or the latest cricket results. Technology is the news industry’s strongest tool in satisfying the basic human need for good reporting.

We at Google are not content makers, we do not employ people to work as journalists, and we have no intention of becoming a news publisher. But we share an important common vision with the Australian news industry, which is to ensure that people have access to quality news and information. This is at the heart of our partnerships with publishers such as Fairfax Media. It is also why we support the Australian Competition and Consumer Commission’s inquiry. We have submitted our response and are ready to engage transparently and constructively with the Commission.

We are committed to securing journalism’s bright future in Australia by doing our part to make sure it works for newsrooms, news publishers and news consumers - and we are focusing on a number of areas.

First, newsrooms are looking to engage audiences better, so we are expanding our News Lab Fellowships in Australia in partnership with the Australian Broadcasting Corporation. We help journalists use technology to tell more compelling stories, and offer them insights on how their work resonates with readers through Google Analytics.

Second, publishers are endeavouring to grow their business, so we are partnering with them to increase their revenue through digital advertising. We are also helping to promote subscriptions through the integration of subscription content in Search and offering a simple one-click sign-on called Subscribe with Google. With Flexible Sampling, publishers decide how much free sampling to offer their potential subscribers.

Third, consumers are seeking more news on digital platforms, so we are improving the way Search delivers them to the most relevant and trusted sources. In the past calendar year, we directed more than 2 billion visits to Australian news websites — each visit an opportunity to gain a loyal subscriber.

Finally, consumers are also seeking a better news consumption experience. People quit sites that take more than three seconds to load. So we are helping publishers create web pages that load in less than half a second with our open-source Accelerated Mobile Pages format.

And, at all times, people should have transparency and control over how their personal data is used. That’s a responsibility we take very seriously at Google, and we are encouraged that Australians are increasingly aware of how to access and change - even delete - the data they have shared with Google. In 2017, Australians visited myaccount.google.com more than 22 million times to understand what data they share with Google and how it is used to create a more relevant experience for them. 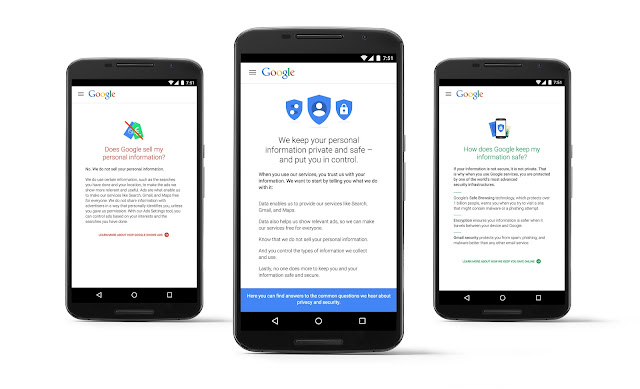 The way that people consume news may change, but the need for quality journalism does not. Our goal is to support newsrooms in meeting the evolving expectations of their audience. Ultimately, consumers will be the ones who decide whether news publishers flourish, but on present form there is every reason to believe that they will.