Tones and I named first Australian YouTube Artist on the Rise

Many fans can tell you about the first time they heard an incredible new song or watched a groundbreaking video from a musical newcomer. Some of the most memorable moments with artists happen early.

To support and help more artists get discovered at every phase of their career, last year we launched a new monthly program called Artist on the Rise.

The program promotes a diverse lineup of music’s most important new voices across all genres, connecting them with fans worldwide through in-product promotion and programming, out-of-home, social and fan events at YouTube Spaces. The Artist on the Rise Trending tab also features three songs a week from emerging artists that are making a significant impact on YouTube.

For the first time, an Australian will be added to Artist on the Rise program -- Tones and I -- joining artists like Maggie Rogers, DaBaby, Rosalia and Jessie Reyez. Known for her alternative, roots-pop sound, soulful voice, and kooky, up-beat stage performances, Tones and I has entered the music industry at full force. In just ten months, she has gone from living in her van and busking on the streets of Byron Bay, to selling out global tours, and breaking Australian and global records. 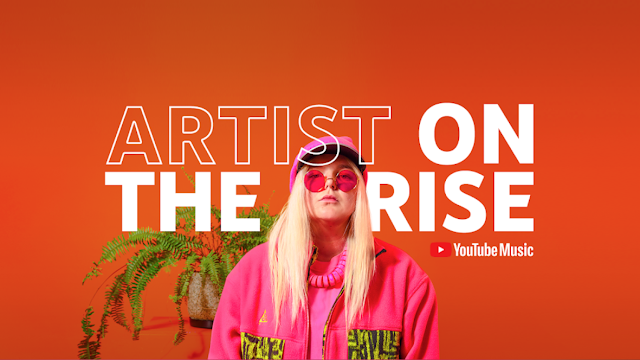 She's grown from an aspiring artist whose YouTube channel had just 8,000 subscribers at the beginning of July this year, to become a star in her own right, with a current tally of 637,000 subscribers. But it’s not just her subscriber count that has taken off. Over this same period, Tones and I’s channel has grown from 1.3 million views to more than 254 million views. Dance Monkey has also spent nine weeks on YouTube’s global Music Charts, and is currently the top song.

Lyor Cohen, Global Head of Music at YouTube, said: “This song is WOW. The video has taken the world by storm and I think we can all now see the way Tones and I shines. I tried to come up with own ‘Dance Monkey’ routine and let's just say no one is begging to see me dance just one more time, and I should probably stick with being a record executive. We are excited to have Tones and I as our first Australian Artist on the Rise and to be a part of what comes next."

To close out and celebrate the HUGE year that Tones and I has had, she’s up for eight gongs at this year’s 2019 ARIA Awards in partnership with YouTube Music. Wishing her the best of luck at the Awards, with 2020 set to be even bigger and better!

To check out more from Tones and I, visit her artist page on YouTube Music, or visit @YouTubeMusic on social, for future updates on YouTube's Artist on the Rise program.