Singers such as Kaiit, Bene and Didirri, and rappers including the Triple One crew and Kwame, feature in the Top 10 Australian and New Zealand acts predicted to break through in the next 12 months 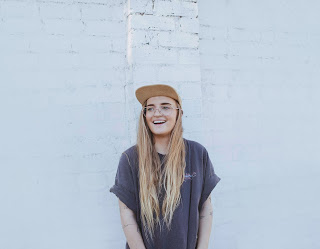 YouTube Music today released its top 10 Artists To Watch in Australia and New Zealand for 2019. Some are already building impressive reputations locally but we believe all of them have the talent to go significantly further this year, both at home and overseas.

In alphabetical order, the 10 Artists To Watch from Australia and New Zealand in 2019 are:

“I think it’s so cool they are championing breaking artists and I'm honoured to be chosen as one of them,” she said.

Her fellow Melburnian, sunny troubadour Didirri, describes his inclusion as “an absolute honour”.

“I think it’s time we bring some positivity back into the limelight this year,” Didirri adds. “Hoping to bring a bunch of us together and share the music.”

That would include Sydney hip-hop trio Triple One, as they brace themselves for a huge 12 months, saying, “We've come into the new year with something to prove. 2019 will be our biggest year yet and our biggest evolution as a group.”

And when soulful Kiwi Bene heard she had made YouTube Music’s Artists To Watch list, she said, “So much luv, can't wait to show you more of ma shtuff.”

Burgeoning singer-songwriters Kaiit, Kian and Tyne James-Organ, and talented rappers JessB, Kwame and The Kid Laroi round out the chosen ones.

Head to YouTube Music to further explore these Artists to Watch and enjoy a brand-new YouTube Music playlist featuring our top 10 artists and the longlist, as well as an in-app spotlight, featuring audio and video content.