The YouTube livestream will give Canadians a new option to follow the debate on the screen of their choice, whether that’s a television, laptop, tablet or phone. So, no matter where you are in the world or how you’ll be accessing the internet, you’ll be able to watch the most important events of the 2015 election on YouTube.

This will be Canadians’ first opportunity to hear the leaders test each other on a wide range of critical issues, including the economy, energy and the environment, foreign policy, security and the health of Canada’s democratic institutions. 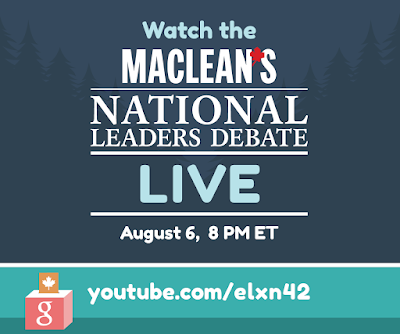 So, tune-in to the Elections Hub on Thursday, August 6 at 8:00PM EDT to watch the first debate live. And if you miss it, we’ll have the full debate, highlight clips and commentary from across the web, available to watch at youtube.com/elxn42 after the debate is over.