Street View turns 15! We're celebrating with stunning image collections from Canada and around the world

In 2007, we published our first Street View images of San Francisco, New York, Las Vegas, Miami and Denver. Since then, Street View cars equipped with cameras have captured and shared more than 220 billion Street View images and traveled over 10 million miles — the equivalent of circling the globe more than 400 times! We’ve also captured Street View imagery inside cultural landmarks, high up in space and deep under the ocean.

To celebrate Street View’s 15th birthday, we’re sharing amazing Street View collections — including three places the world’s been loving lately, four new collections (consider this our party favor to you), and some of the most Street Viewed images of Canadian landmarks that make us feel some kind of way.

With so many places and landmarks at your fingertips, three spots in particular piqued your interest over the past year. Here are the three most popular places to explore on Street View: all 154 floors of the Burj Khalifa in the United Arab Emirates, which was named the world’s tallest building; the iconic Eiffel Tower in France, complete with dazzling views of Paris from the top; and our special collection of imagery from the Taj Mahal in India.

Named the world’s tallest building, you can use Street View to explore the Burj Khalifa from the ground level up to the 154th floor! 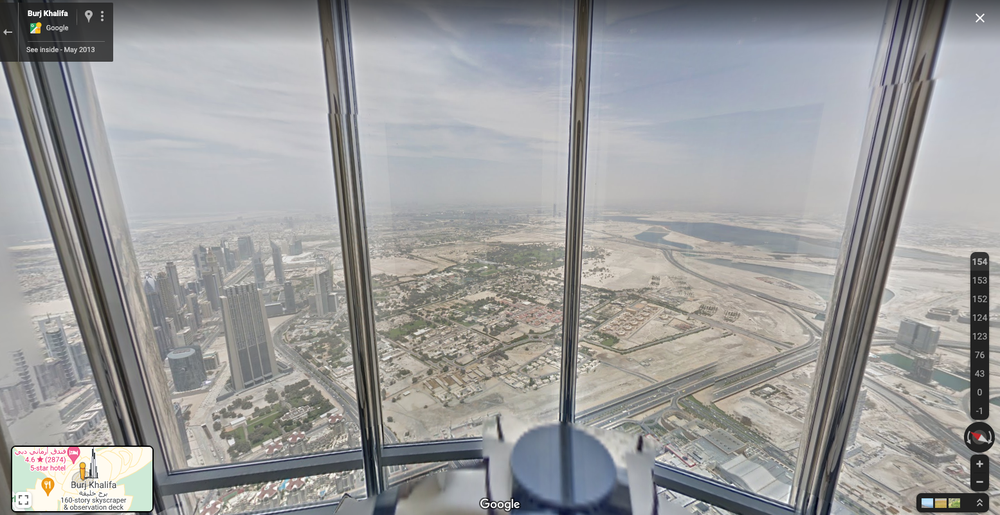 If you haven’t had the chance to visit the Eiffel Tower or are just missing the views, Street View lets you gaze up at the Iron Lady or catch a glimpse of Paris from the top. 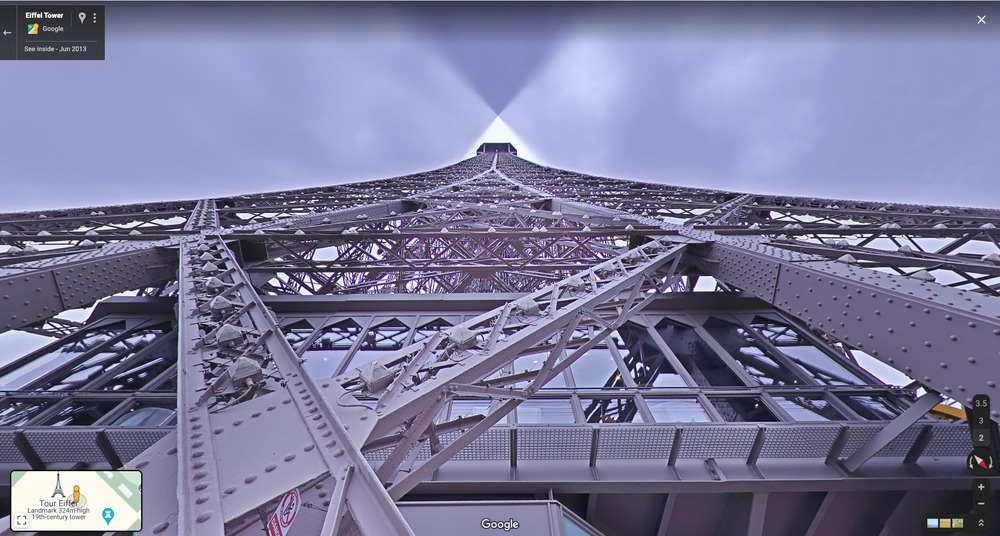 While Street View has yet to launch in India, you can still explore a special collection of imagery from the Taj Mahal. 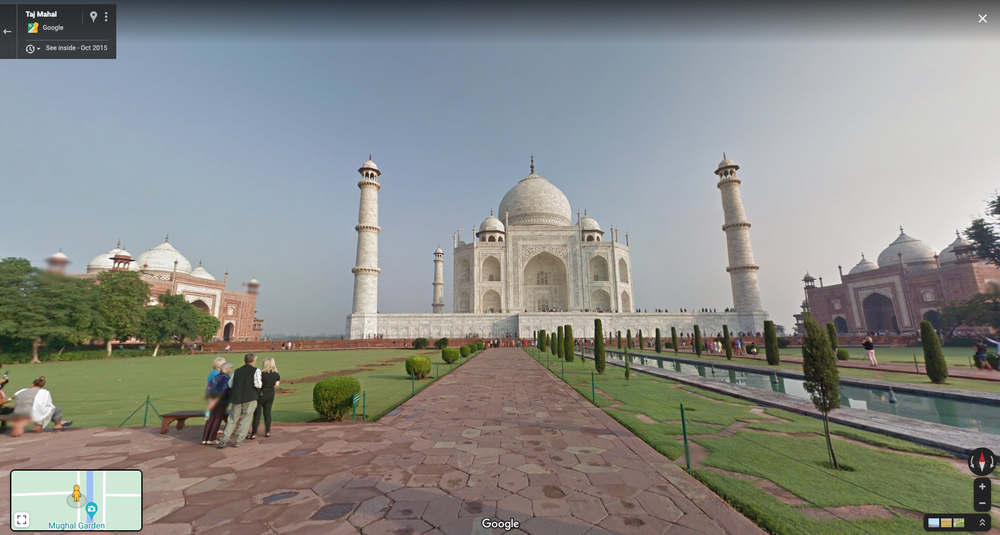 For your next Street View excursions, we’ve started rolling out four new collections that we think will become all-time favourites.

Thanks to new panoramic imagery, explore the ancient pyramids that are home to tombs of the kings and queens of the Kushite Kingdom

The Pyramids of Meroë in Sudan

The Duomo is the largest cathedral in Italy and the third-largest cathedral in Europe. Not to mention, it boasts one of the best views of Milan. We’ve been working with Google Arts & Culture and the Duomo of Milan since 2019 to bring imagery from inside the Duomo to Street View so that everyone can get a behind-the-scenes look at this architectural and cultural gem — and it’s now live!

The Duomo in Milan

Before the Eiffel Tower, Les Invalides’ golden dome was the highest point in Paris. New images of the historic Hôtel des Invalides buildings let you explore its museums and monuments and learn more about French military history via a virtual tour.

Sydney Ferries in Australia: The iconic Sydney Ferries will soon be digitally preserved as a result of our work with Transport for New South Wales. Later this year, we’ll bring this collection onto Street View so that people around the world can take a virtual tour of a Sydney ferry and get a glimpse of the journey along Sydney’s stunning harbor.

With a country as beautiful as ours, it’s difficult to pick favourites. And yet, there are a number of fascinating places in Canada to explore through Street View - and some that might surprise you.

In the northern reaches of Manitoba, near Fort Churchill, sits the wreckage of the Miss Piggy, a Curtiss C-46 Commando cargo aircraft. Named for the size of the loads it was able to carry across Northern Canada, Miss Piggy had to make an emergency landing on the shores of Hudson Bay, where it still sits today. 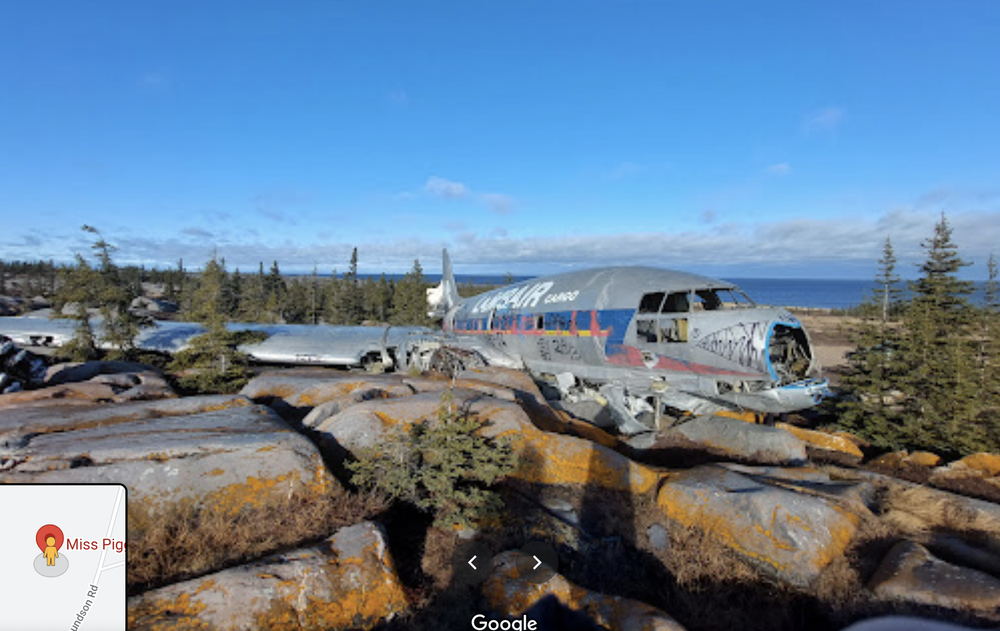 Unsurprisingly, one of Canada’s best known landmarks is also one of the top viewed places on Street View, with some great images available both outside (and inside) the CN Tower. 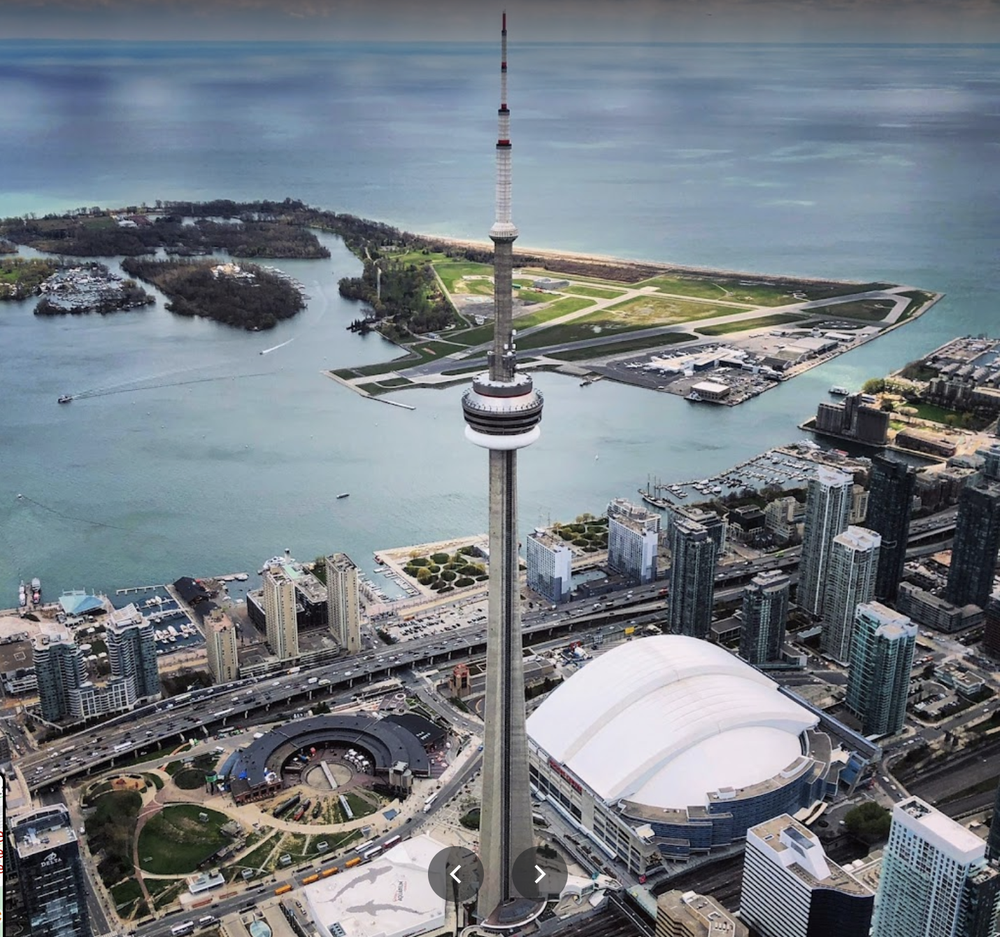 Let’s call it like it is - between Canada and the U.S., we have the better side of the waterfalls in Niagara Falls. Street View lets you see the full scope of the Horseshoe Falls, and Maps includes more images of really interesting landmarks like the “Journey Behind the Falls” Exhibit. 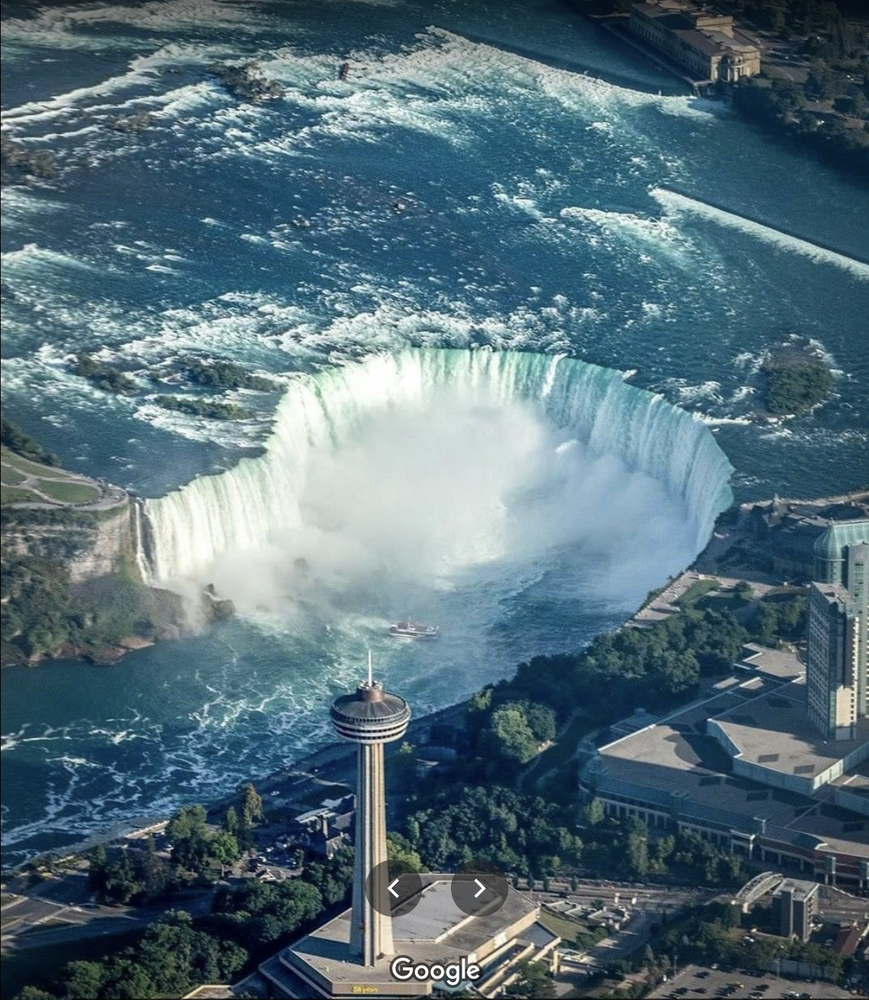 Canada isn’t known for its castles, but you can feel like royalty exploring either Québec's Le Château Fontenac or Toronto’s Casa Loma inside and out on Street View. 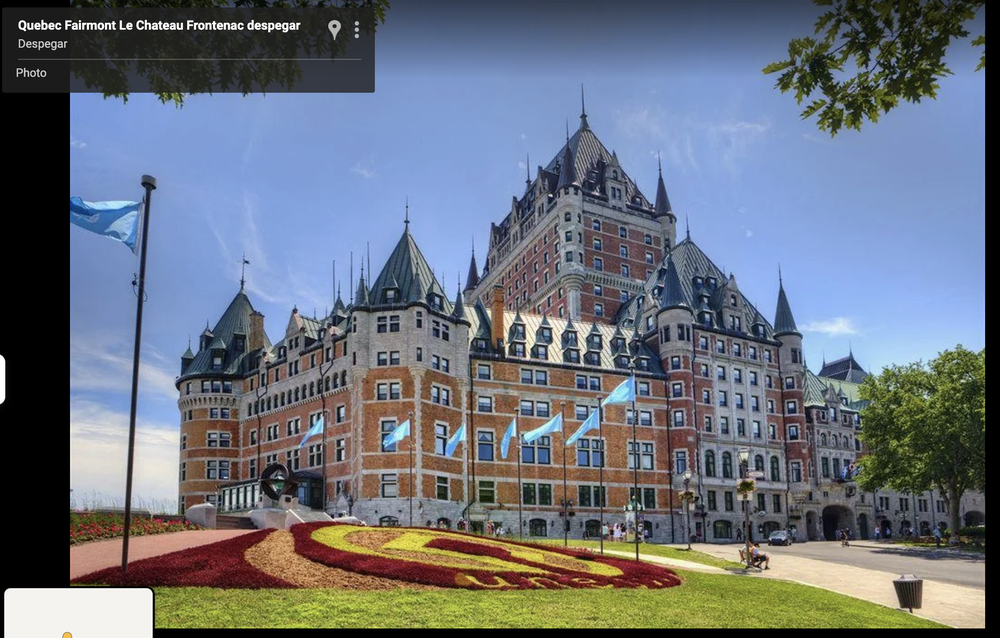 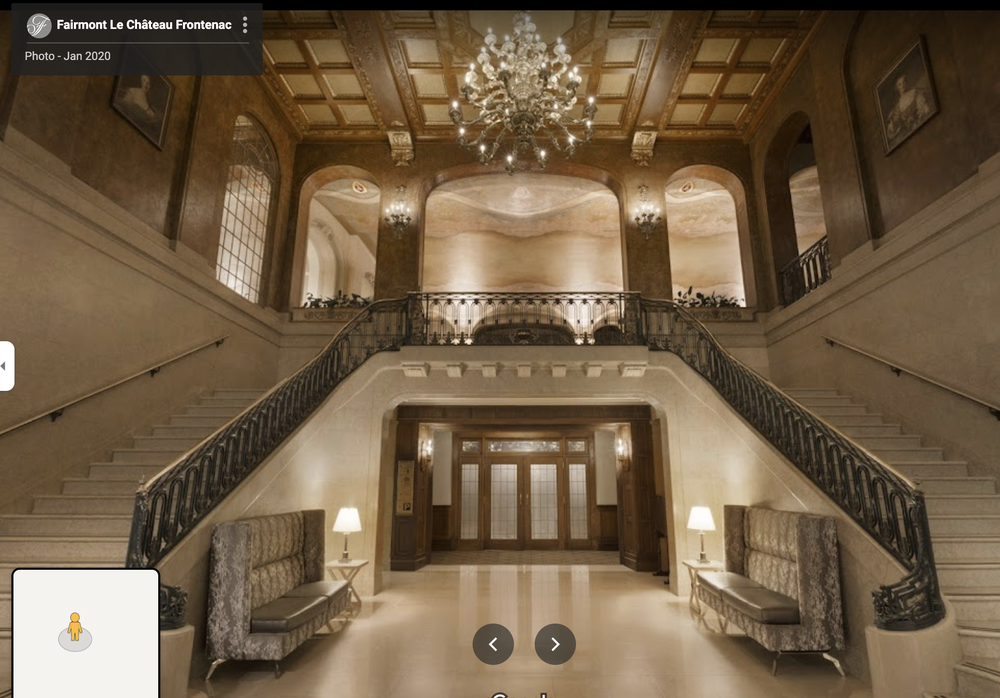 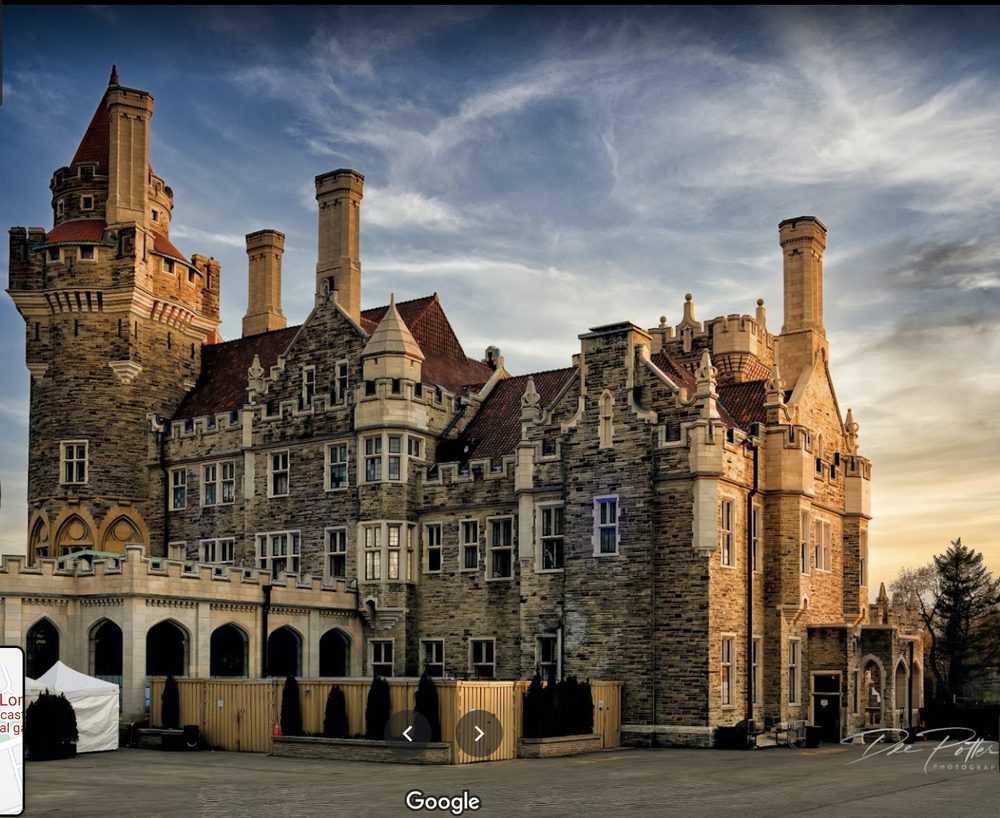 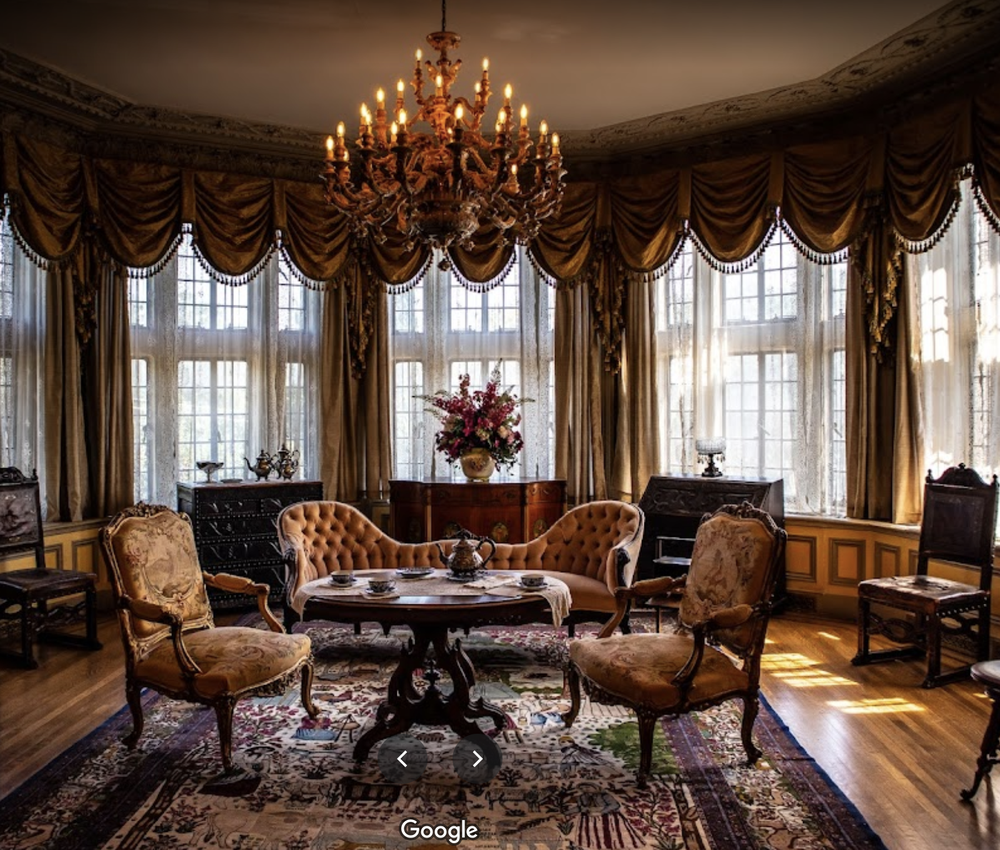 And if there’s one Street View image that lives in our heads rent free… It's this horse eating a banana on the side of the road in Victoria, BC. 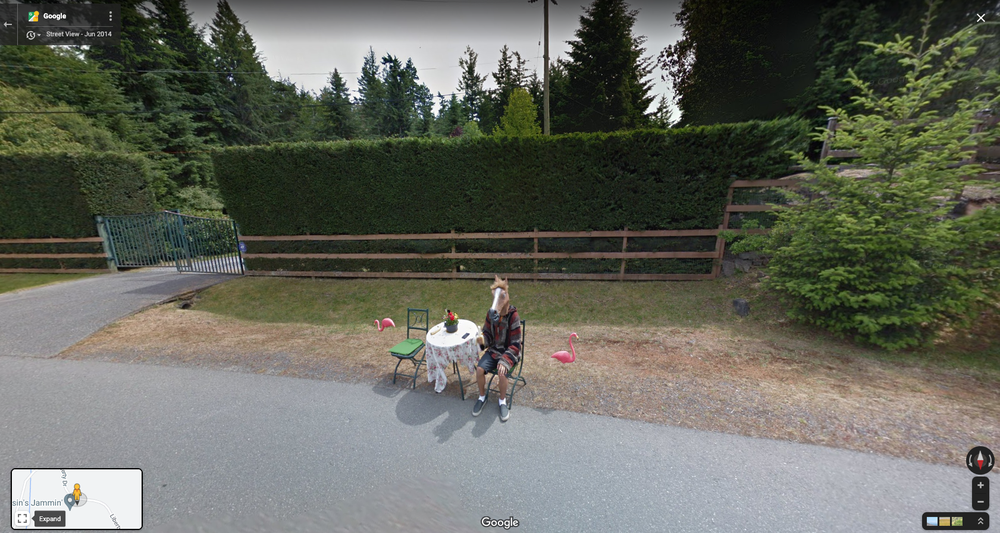 We’re proud of the work we’ve done to capture so much of the world’s wonder, history and quirkiness in Street View. But we’d be remiss if we didn’t give a shout out to all of the Maps users around the world who have captured and shared their own Street View imagery. As a way to help make exploring the world together even easier, we’re launching Street View Studio — a new platform with all the tools you need to publish 360 image sequences quickly and in bulk. To learn about additional ways we're advancing Street View so we can explore together for another 15 years, check out this blog.