Black History Month was first recognized in Canada in 1995. Since its inauguration, I have used the opportunity to help reduce ignorance, bias and racism by taking my personal story into schools, where formerly Black History Month had no presence in the curriculum.

In 1995, a friend whose daughter was a student in a grade 6/7 class invited me to speak at her school. It was Ridgeway Elementary School, the same school my family and I had attended – a school I had nightmares about for years. The students were around 10 to 12 years old, sitting in a classroom where probably my brother Harry, or my older sister Carolyn, or I had once sat.

To begin the presentation, I took the children to the window and pointed to the house directly across the road where my family first lived in August 1951. It was a challenge not to get choked up as I explained how on the Tuesday morning after Labour Day, my siblings and I began our first day of school. Harry was in grade five, Carolyn was in grade four, I was in grade two, and our younger brother Barton, who at the time suffered massive seizures, was about to enter grade one.

We did not make it more than a few steps onto school property before terms like the N-word or “Blackies” and “filth” assailed our ears, while stones rained down and stung and tore our faces and bodies.

“Why did the kids throw the rocks?” The children asked as they returned to their seats. It sounded crazy to this group of listeners.

Why was a horde of anger-fueled children, armed and prepared, each with their own little pile of stones, so determined to keep a group of children they had never met from entering their school?

I explained what a petition was and how all of the families, except one, on our street had signed the petition which they delivered to North Vancouver City Hall, demanding that their neighbourhood remain white. As white as it had been since the Tslei-wu-tuth and Squamish Peoples were moved off their land and onto an Indian Reservation.

I explained that the horde of Ridgeway students were the de-facto juvenile militia, attempting to do what their parents' petition had failed to do – keep their school and their community white.

Harry, Carolyn, Barton and I went home and played in our backyard all that day, and the next. Our father was a railway porter working for the Canadian National Railway, and he was away for days at a time. And because of the struggles our mother had faced in her youth, she did not have the courage to confront the hostility that barred our path to learning. 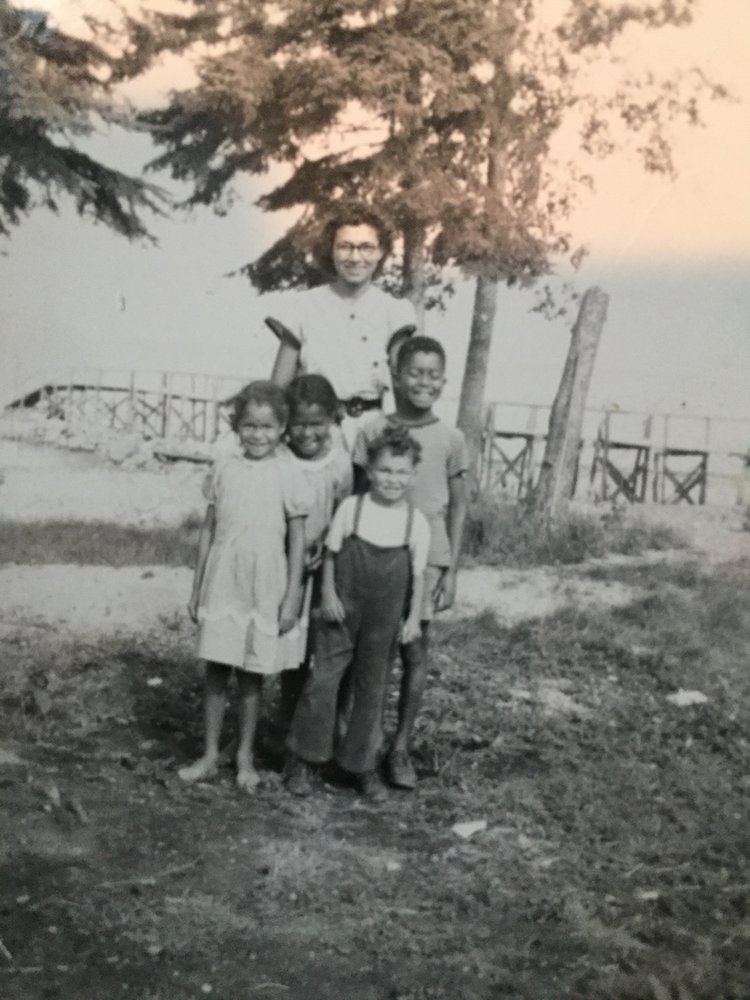 Caption: The above photo is of Valerie Jerome and her siblings and mother, taken in 1950

When our dad finally returned, he proudly and defiantly took us across the street and onto the playground, where we were met with curses, racist epithets and dust kicked in our faces.

Leaving us encircled by the hate-filled horde, our dad entered the building to speak with the principal. The minutes seemed like hours while we waited for him, but I remember clearly to this day when one little girl, a grade two student with red hair and thick glasses, stepped toward us. Annabelle Mackenzie separated herself from the horde and stood beside us.

There in that instant was one of the biggest lessons of my life. Decades later, this moment became the theme to many of my Black History Month talks: Dare to be an Annabelle – a step towards the progress that white people need to embrace.

Fifteen minutes later, our dad emerged from the building with the principal. Lifting a megaphone to his lips, the principal announced that the Jerome children had the right to enter the building and that the name calling and rock throwing had to stop. At the time. this was a courageous pronouncement since it wasn’t until 1960 that the Canadian Bill of Rights finally protected our right to exist without discrimination under the law.

I finished that first Black History Month presentation at Ridgeway Elementary School by illustrating to the students what the next four years of life looked like for the Jerome family in the school system: Barton was repeatedly strapped with a thick razor strop for reasons he explained as “because I can’t learn.” This brutal punishment was administered to a small child by the principal.

Midway through his grade one year a more suitable class was found for him at another school. Barton was indeed intellectually challenged, and so bearing his pink lunch box, he left our home earlier than the rest of us each morning and headed to the nearby bus stop where he’d travel unsupervised to another local school, Queen Mary. But the cruel term “retarded”, which was the nomenclature of the time, was attached not just to him, but to all of us along with the never-ending N-word, blacky, dirty etc.

Growing up, our curriculum was always about white people. A Black or Indigenous person in a text was shown as naked or at best in a loincloth. The music curriculum acknowledged people of colour through Stephen Foster songs of happy darkies longing for the cotton plantations. Illustrations of Black people were caricatures with wide eyes and full lips of the comic book genre. These were provincially mandated learning resources.

We lived amongst neighbours who hated us. Some families attacked us verbally and physically whenever they saw us. Other residents never uttered a word except for Annabelle, her brother Ken and their single mom who worked as a night nurse at North Vancouver General Hospital. 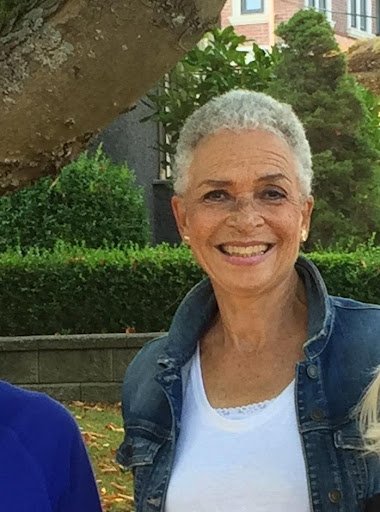 Once when our dad was away, I was awoken by the acrid smell of smoke. I gave my sister sleeping next to me a shove and screamed “the house is on fire”. I tore downstairs to our mother’s bedroom sobbing hysterically. We escaped to the yard shivering in our pajamas. I was sent next door to Mrs. Mason, who like the rest of our neighbours, never acknowledged our presence. She called the fire department. It was then I realized with horror that my older brother was not out. I flew back up the stairs and shook Harry until he finally stirred. When we reached the road’s edge we could hear the wail of the approaching fire engines. But our eyes were fixed on the windows of the homes surrounding us. The lights were on; the blinds were raised; faces stared out at our pregnant mother and her children shivering in the night. No one emerged from any of these homes to offer a bed, a sofa, or even a blanket on the floor. We went by cab to the Salvation Army hall to sleep on the rows of chairs.

Our old sawdust burning furnace had clogged, sending out thick smoke. The walls were blackened throughout the house but fire had not broken out. We spent a week living in the upstairs of the Salvation Army hall.

Despite our hardships, some warm and life-long friendships were developed at Ridgeway School. We even had a few great teachers who respected and nurtured us. But when we moved in 1954, the hardships of that period were permanently etched in my memory.