According to the UN, more plants and animals are threatened with extinction now than in any other period of human history — approximately 1 million species globally. The accelerating pace of extinction is an urgent matter, and at this week’s UN biodiversity conference representatives from countries all over the world are coming together virtually to set out a plan for how to combat the challenge of better protecting our endangered ecological ecosystem.

Sweden, which is home to much of the iconic wildlife in the northern hemisphere — from moose and bears to reindeer and wolverines— currently has 2,249 threatened species, according to the IUCN Red List. Each of these animals plays a vital role in the ecosystem we are all a part of, yet according to a recent study by Kantar Sifo, 30% of Swedes don’t believe or know if there are animals currently at risk of becoming extinct in Sweden.

Today, in collaboration with the Swedish Society for Nature Conservation, and in an effort to raise awareness of endangered animals, we are bringing five new Swedish endangered species to Search in augmented reality. Now, by simply searching for the lynx, arctic fox, white-backed woodpecker, harbour porpoise or moss carder bee in the Google App and tapping “View in 3D”, people from all over the world will be able to meet the animals up close in a life-size scale with movement and sound. 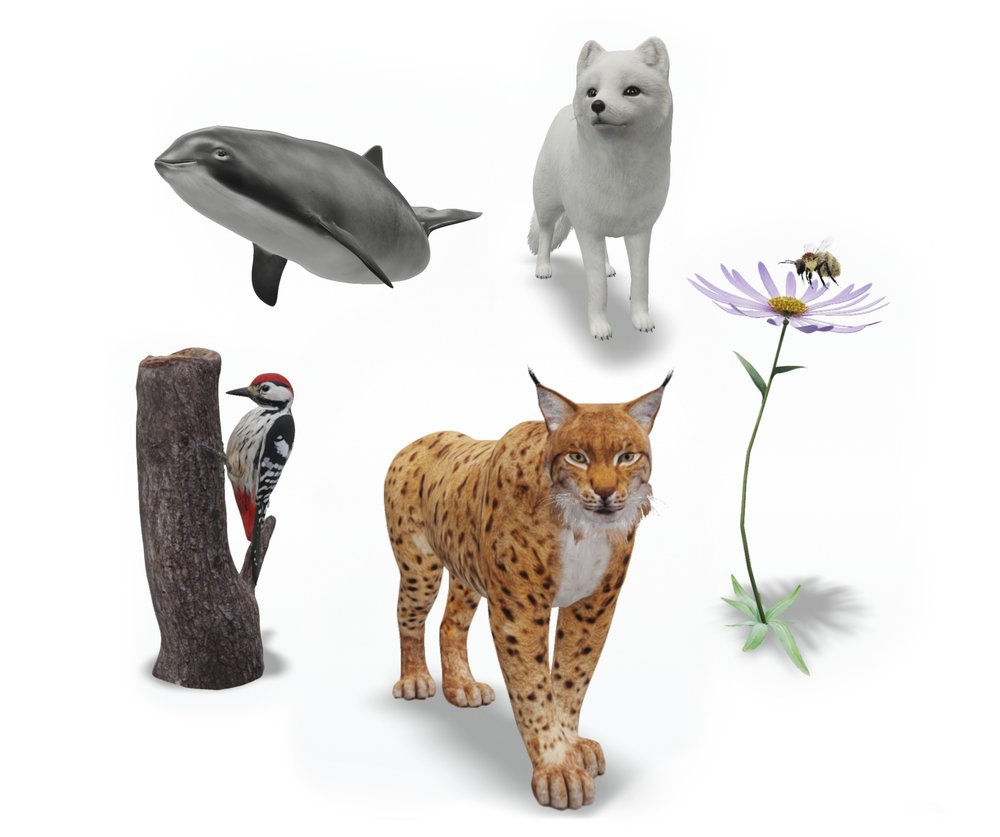 Experts from the Swedish Society for Nature Conservation have selected these specific animals for their varying types of reasons for endangerment in the country and relevance to certain types of habitats, based on the IUCN’s Red List. The white-backed woodpecker and the harbour porpoise (in the Baltic sea) are “critically” endangered, with only a few individuals left of each species. The arctic fox has an “endangered” threat status due to its decreasing population, and the lynx and the moss carder bee are considered “vulnerable” - meaning that their natural habitats need to be protected for these species to be able to continue to reproduce in the wild. These animals also exist in other regions and outside of the Nordics, with varying threat levels from none to urgent.

Preserving endangered animals is a complex effort that requires collective action. Everyone can do something, and by launching this new Search experience we hope that we can help people in and outside of Sweden learn more about the issues at hand and experience some of nature's beloved creatures up close.

Whether you want to take a photo with the arctic fox or teach your family about the moss carder bee, the #Google3D animals are available for anyone to try out starting today through Google Search.