"Clapping back" at racial stereotypes in a new book

Elijah Lawal just published his first book, but he’s been writing since he was 10 years old. Back when he was a kid, he wrote a story about a boy who ran away from home—and eventually became the president of Panama. His new book, published in the U.K. earlier this year, has very little to do with his imaginative works of little-kid fiction, but it came from a similar refusal to accept things the way they are.

Elijah, who works in communications in Google’s London office, just wrote “The Clapback: Your Guide to Calling Out Racist Stereotypes.” He says it’s his attempt to debunk harmful stereotypes aimed at the Black community, and to give people the tools to respond when they are faced with such myths.

Elijah certainly wasn’t drawn to writing for the glamour factor. “Writing a book is hard, lonely and often boring,” he acknowledges in his writing. He worked on the book every weekend for three full years, because he felt compelled to help others. “I just felt that I've been blessed with this knowledge, and so I've got to try and share it with other people,” he says. “I thought the best way to do it was with a book.” 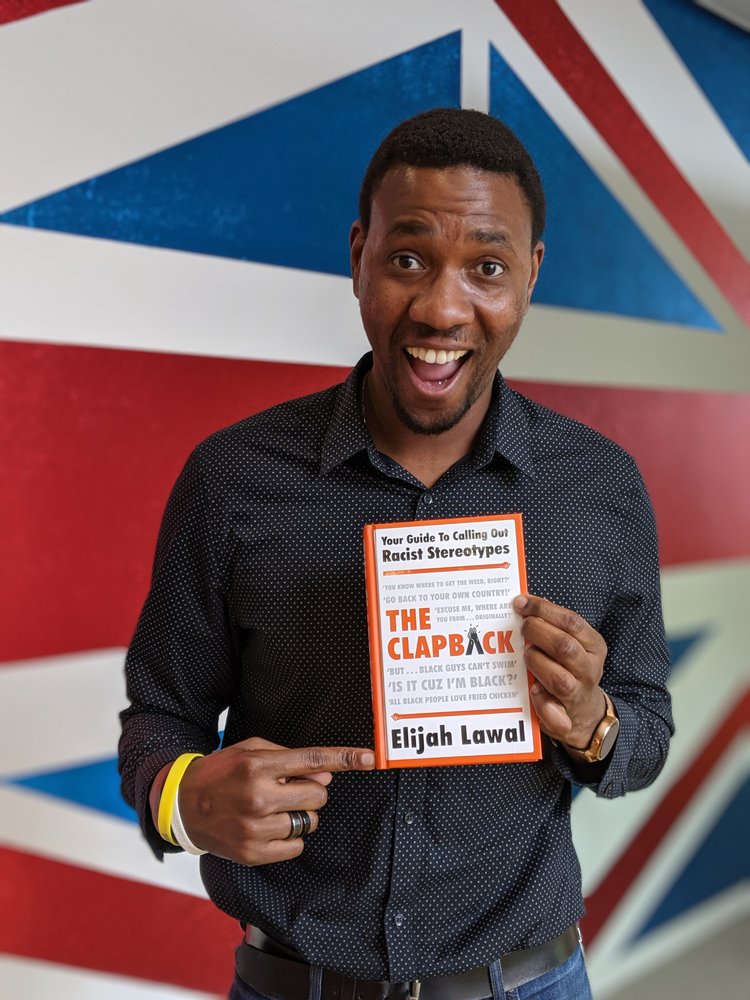 Trying to get the book published was equally unglamorous. With a full first draft in hand, he started pitching his book to literary agents, trying to find the one who would represent his work to publishing houses. The rejections immediately poured in—so much so that Elijah had to change his way of thinking about them. A former colleague convinced him to think of it like he was seeking rejections instead of acceptances, and make it like a game. “Trick yourself into believing that the aim is to get 100 rejections,” Elijah recalls learning. “Then when you get rejected 100 times, go for 200 rejections.”

Eighty rejections in, and more than a year later, Elijah finally got the response he’d been hoping for. In fact, he got three agency acceptances in quick succession. When the first one appeared in his inbox at the end of a long workday, he got up from his desk, ducked into the nearest meeting room and did a little dance. The hardest part was over, and the agent he chose helped find a publisher.

In fact, things went so smoothly from there that he’s already got ideas brewing for two or three more books. “I kind of pictured this as a trilogy, so: debunking racial stereotypes, then debunking gender stereotypes, and then debunking religious stereotypes," he says. And a fellow Googler gave him the idea of turning “The Clapback” into a kids’ book, an idea he’s also considering.

The project has broadened Elijah’s horizons both personally and professionally. When he started working on the book, he was in a job that didn’t require much writing. Committing himself to a regular writing practice not only filled a creative void in his life, but also helped him be more creative at work.

And his colleagues have loved the result. “The reception of the book has helped me realize how willing people are to engage on this issue internally at Google—I’m amazed by how many people have been so supportive,” he says. “That’s been one of the joys of having this published.”