Daraiha Greene wants everyone to see themselves in tech

Tech companies like Google create products for the whole world. But when employees don’t reflect the diversity of the global population their products serve, that lack of diversity can be discouraging for people who don’t look like the stereotype of a tech worker.

Googlers like Daraiha Greene are pushing for more diverse representation of people who work in tech, whether it’s in the media, in the business world or at events across the country. That way, the next generation will be inspired to pursue tech careers, no matter their race, gender or background. For our latest She Word, Greene explains how “if you can see it, you can be it.”

How do you describe your job at a dinner party?

I lead strategic partnerships for the Diversity, Equity and Inclusion team. Our biggest mandate is to make sure Google is showing up authentically, both internally and externally, so everyone can have a seat at the tech table.

You play a big role with CS in Media, which advocates for more diverse representation of computer scientists in pop culture. Why do you think representation is so important, especially for women and people of color?

When I was growing up, I was really good at math and science, but I never saw a Black woman doing computer science or technology, or even working in a tech space. Not that they didn’t exist, but I just wasn’t exposed to it. If you are even remotely interested in engineering and computer science, and you constantly see the same image portrayed over and over again, you’re going to start to think that it’s not for you.

I think the media is such a great tool because it reaches so many different people at once. I think it’s important to start there so we can change the culture and perception around tech in a broader, faster way. If you can see it, you can be it.

What projects are you working on with CS in Media right now?

We’re advising and funding a web series called GODCOMPLX. We wrapped the first season already, but now we’re working on the second season. It’s basically the tech version of “Friends,” but with a more diverse ensemble cast. We show how they pursue their careers in tech and computer science, but more importantly, we show them as well-rounded people first.

You also manage the Digital Coaches program. What’s the mission of that team?

We want to help small and medium business owners and entrepreneurs of color feel like they can also compete in the digital economy. We want to provide them with the tools and resources Google has to help them get there, so that no one feels left behind. I think it’s important to make sure that we have more representation of people, whether it’s women or people of color, starting their own businesses and leveraging companies like Google to succeed.

What advice do you have for women starting out in their careers?

Be open to change. When I was 13, I wanted to be an obstetrician, because I love babies. I was absolutely certain this was going to be my career path. When I got to college, I was majoring in biochemistry, shadowing doctors and going to the NICU, and every time I would see sick babies, I would cry. I finally realized that this was not for me, and I needed to find a new career path. And now that I look back, I’m so glad I was open to change. I never envisioned myself at a tech company like Google, but it happened because I was open and I was flexible. 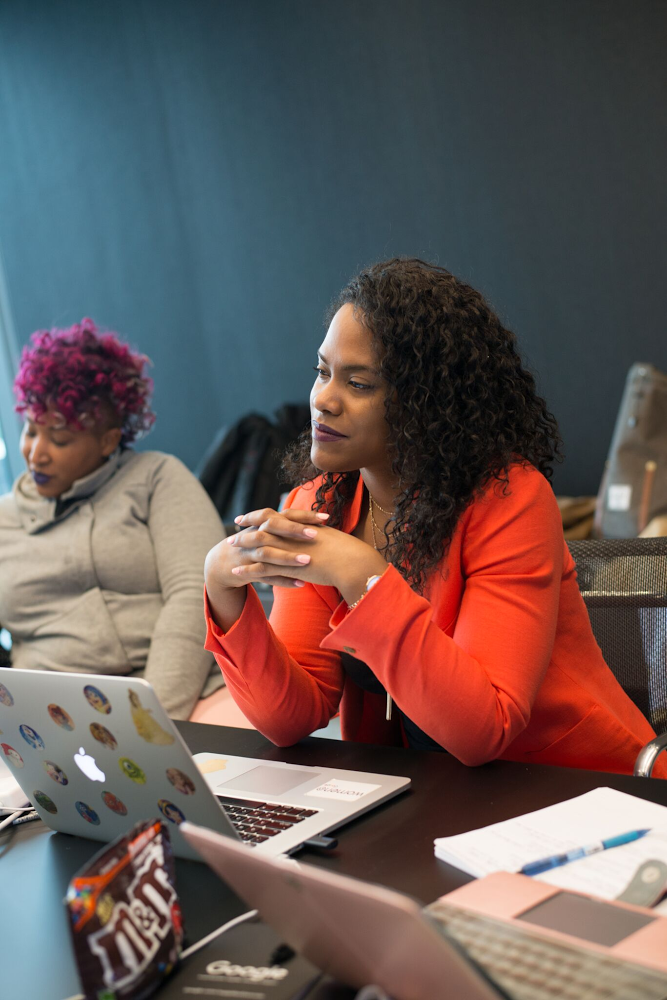 What’s one habit that makes you successful?

I follow through. I don’t just think about my long-term goals, or what I want to accomplish in shorter periods of time. I create a list, and then take it a step further to write down the tactics I need to implement, in order to achieve each goal. Once I have a clear understanding of the habits I need to unlearn and the obstacles that prevent me from moving forward,  it’s easier to map out my plan and succeed.

What are you passionate about outside of work?

Giving back and inspiring the next generation. My parents got divorced when I was 9, and I experienced a phase of sadness and anxiety. Dancing and acting really helped me get through that time in my life. Dancing was a way to relieve stress and express myself, but acting was a way to not be myself, because I could take on another character and have that escape. I still act and dance to this day.

I started a nonprofit, Rays of Sunlight, because I wanted to create a safe space for kids to cope with life’s challenges through creative expression. We’ll focus on mindfulness, social learning, personal growth, empathy, and leadership. I’m excited to provide just a little more light for our youth, starting July 2019 in Los Angeles.