My Path to Google

Welcome to the latest installment of our blog series “My Path to Google.” These are real stories from Googlers, interns, and alumni highlighting how they got to Google, what their roles are like, and even some tips on how to prepare for interviews. 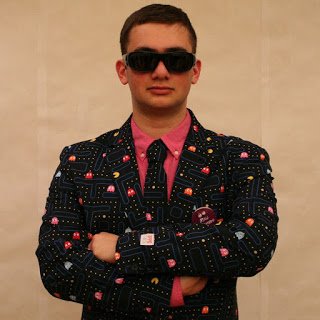 Can you tell us a bit about yourself?

I recently graduated from Cornell University, where I studied Information Science with a concentration in User Experience. The reason I can intern this summer is because I'm returning there in the Fall to finish a Master's in Information Science as well.

In my free time, I love to run, hike, snow-ski in the winter, waterski in the summer, and practice photography all year long. I'm also recently getting into Dungeons and Dragons!

What’s your role at Google?
I'm a User Experience Engineer (UXE) on the sumUX team, focusing on Search and Assistant. I focus on internal prototyping: empowering designers and researchers to answer the big questions they have, and validate (or invalidate) their research. The process of prototyping, and the tools we use to make it happen, promote much more rapid iteration and ideation. Prototyping allows researchers and designers to quickly identify good and bad things in designs, make adjustments, and test them again until they've got it just right. I’m currently working on a tool to optimize this process even further.

Complete the following: "I [choose one: code/create/design/build] for …"
I create for everyone. Though I work mostly with other Googlers, the ramifications of the prototypes I have worked on are very far-reaching – they’re used by millions of people. It may take a long time for my prototype to eventually become the “real thing”, but when it does, I know it won't just be a few people who use Assistant, but rather countless people who use it in their everyday lives.

What inspires you to come in every day?
Right now I've been working on a tool that will allow designers and researchers to create, edit, share, and test their own prototypes, rather than needing myself or another UX Engineer to make one. This makes the process of testing, evaluating, and improving upon designs even faster. Other tools do this to an extent, but the parameters of the prototypes that the designers and researchers need are such that using one of these tools would take more time than is necessary. I’m learning it's not necessary to over-engineer a solution when something simpler can do the exact same thing, but with faster results. This excites me because it empowers members of the design process to become more involved in the creation and ideation of a product.

Can you tell us about your decision to enter the process?
I'd applied to both the Software Engineering and Product Design roles in the past, but I didn't feel I fit strongly into either category. I had a great deal of experience in both areas (writing code and participating in the design process), but I still considered myself to be somewhere in between the two.

I discovered the UX Engineering internship role in early January, my senior year at Cornell, and it was love at first sight. Not only did I meet most of the qualifications, I felt like it was the perfect blend of development experience and design knowledge that I had been accumulating. It was the destination I didn't know I was heading towards until I saw the signs.

How did the recruitment process go for you?
I applied directly to the position on Google's job site (google.com/students). I was super appreciative of how timely, transparent, and thoughtful the recruitment process was. I had a very good idea of what was going to happen at every step of the process, and I didn't feel like I was missing anything during any step.

To finish, what do you wish you’d known when you started the process?
A UX Engineering interview is different from other engineering roles in that there's two different "lenses" to refer to a UXE – the developer-lens and the design-lens.

A developer-lens UXE writes production code, and should be familiar with writing performant and sustainable code for their platform of choice. I'm a web UXE, but there are UXE roles for other languages (I know we at least have Android and iOS UXEs.) Developer-lens UXEs collaborate with and report to software engineers more closely than designers and researchers. That being said, they are still informed in the design process and are familiar with what needs to happen in that regard.

A design-lens UXE focuses more on the design side, working with designers and researchers to help them do their jobs better (through prototyping, internal tooling, and whatever else they need). The obligations of a design UXE tend to vary on project, but focus on tooling and prototyping.

As a function of this, the interview for a UXE can vary from person to person. My interview was part development and part design, testing my general competency with web development and also evaluating my knowledge in UX. This is different from other kinds of interviews that focus on just one area or the other. That is something to be prepared for.
POSTED IN: