Walk in the footsteps of South Africa’s freedom fighters

On April 27, 1994, Nelson Mandela became President of South Africa in the country’s first democratic, post-Apartheid election. Known now as “Freedom Day,” that date has become a symbol of hope in South Africa and around the world. To commemorate this historic day, we’ve partnered with the Robben Island Museum and the Nelson Mandela Centre of Memory to bring the story of this UNESCO World Heritage Site online for the world to explore. The Maps gallery and Cultural Institute online tour allow people everywhere to see the island where Nelson Mandela and many of South Africa’s freedom fighters were imprisoned during their quest for equality.

As a symbol of South Africa’s struggle for freedom, Robben Island has become a destination for people to connect with Mandela and other freedom fighters. Standing in Mandela’s 8 x 7 foot prison cell, it's hard to believe someone could spend 18 years here. Exploring the historical artifacts on the tour, you can also see photographs of his cell during the time of his imprisonment. You can imagine Mandela sitting at the cramped desk, surrounded by books and papers, working towards a future of freedom for all. 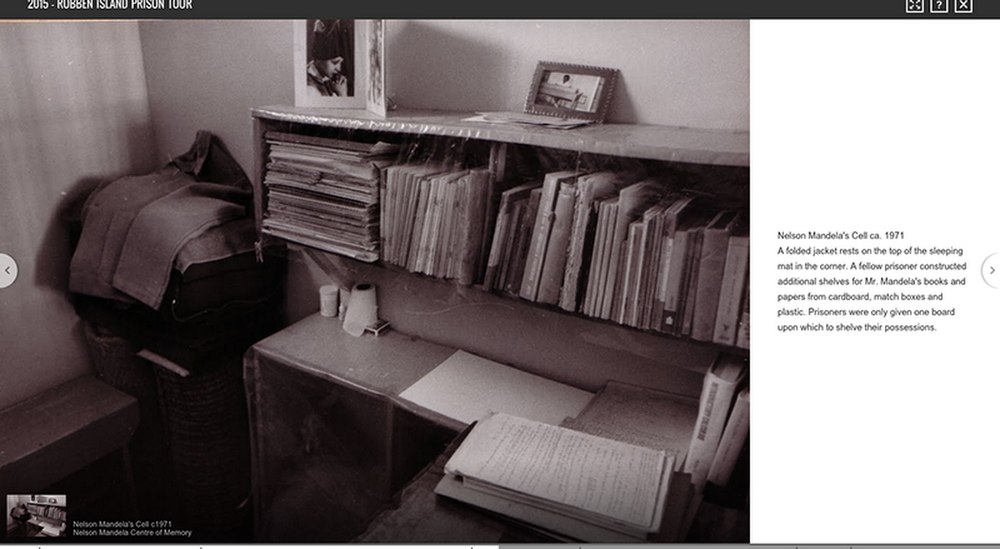 Robben Island was also where activist Robert Sobukwe was imprisoned, kept in solitary confinement for more than three years after taking a stand against the Pass Law, which required black citizens to carry an internal passport and severely limited their mobility. Exploring Sobukwe’s home on Robben Island, you can learn more about the man who didn’t let prison halt his attempts to make equality a reality. You can even view the pages of his notebook, which is still kept on his desk today. 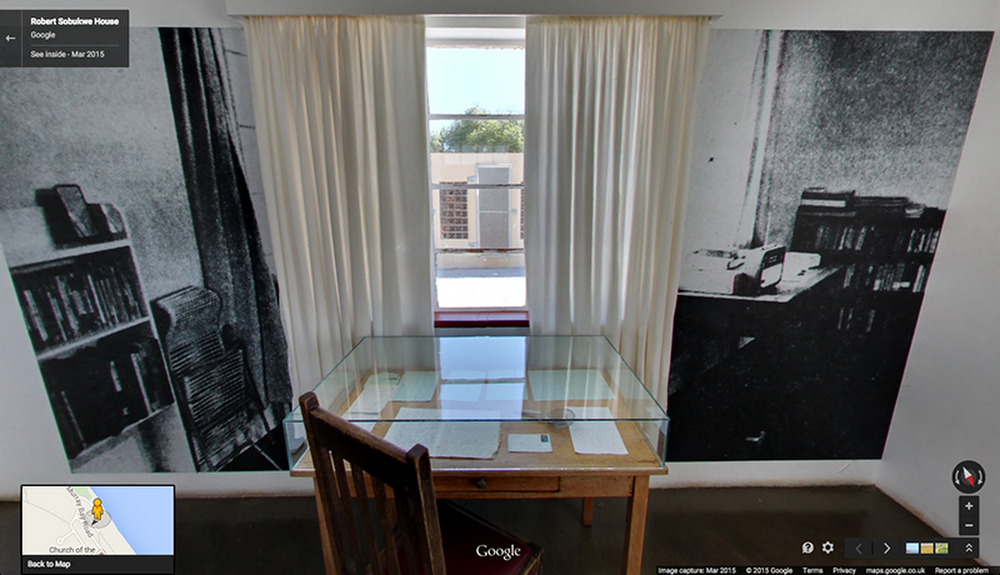 In the new online exhibitions on the Cultural Institute platform, you can also listen to prisoners’ personal anecdotes about life at this infamous prison, including memories of where they were forced to work as well as how they studied and came together to create a unified vision for freedom in South Africa. You can see some personal items donated by former political prisoners, including a football trophy from the their FIFA-recognized league, hand-drawn table tennis awards, a treasured trumpet, and a duplicate master key fashioned by a prisoner from lead. 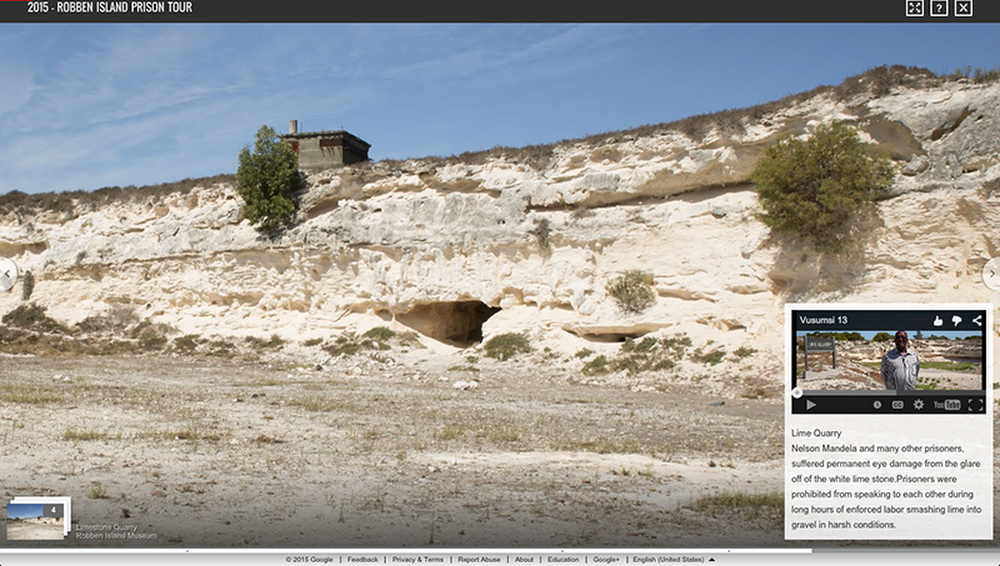 View of the Lime Quarry, the site of enforced prison labor at Robben Island

Once a symbol of the oppressive Apartheid regime, Robben Island is now a memorial and a reminder of the human spirit’s irrepressible search for freedom. We hope you’ll take a moment to step back in time to explore and be inspired by the island’s story of hope and humanity.