Getting to work on diversity at Google

We’ve always been reluctant to publish numbers about the diversity of our workforce at Google. We now realize we were wrong, and that it’s time to be candid about the issues. Put simply, Google is not where we want to be when it comes to diversity, and it’s hard to address these kinds of challenges if you’re not prepared to discuss them openly, and with the facts. So, here are our numbers: 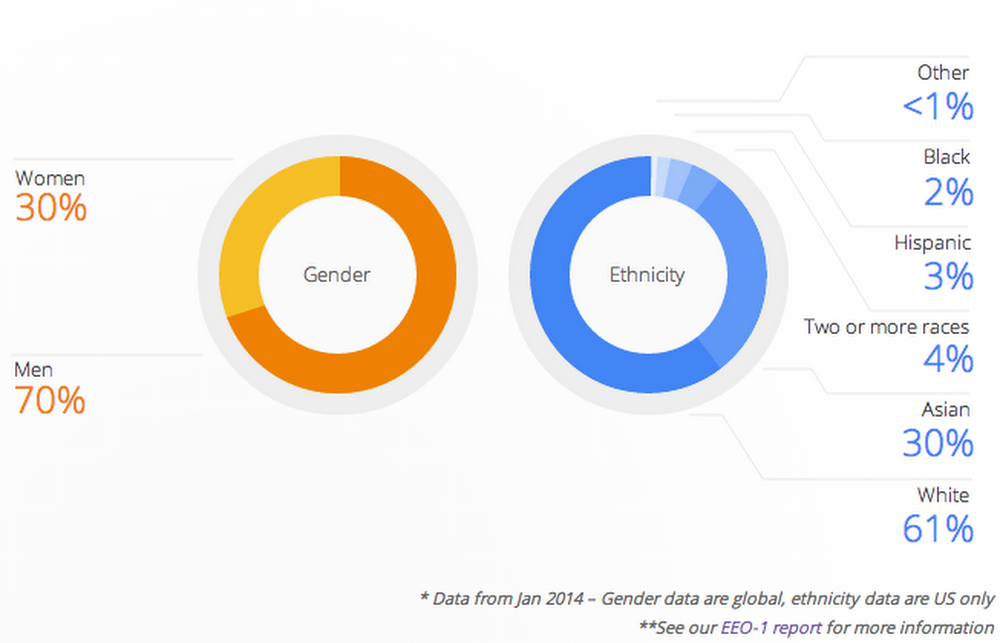 There are lots of reasons why technology companies like Google struggle to recruit and retain women and minorities. For example, women earn roughly 18 percent of all computer science degrees in the United States. Blacks and Hispanics each make up under 10 percent of U.S. college grads and each collect fewer than 10 percent of degrees in CS majors. So we’ve invested a lot of time and energy in education.

Among other things, since 2010 we’ve given more than $40 million to organizations working to bring computer science education to women and girls. And we’ve been working with historically black colleges and universities to elevate coursework and attendance in computer science. For example, this year Google engineer Charles Pratt was in-residence at Howard University, where he revamped the school’s Intro to CS curriculum.

But we’re the first to admit that Google is miles from where we want to be—and that being totally clear about the extent of the problem is a really important part of the solution. To learn more about our work on diversity—for our workforce, for the web and for the tech leaders of the future—visit google.com/diversity.

Update May 31: We updated the language of this post to correct the number of degrees black and Hispanic students earn in CS majors, which are 8 percent and 6 percent respectively, according to the National Science Foundation.