Ninth grader Ayan Cooper’s entire family grew up in the Bronx, and as his mother will tell you, you can often find him playing video games or exploring Harlem, where he attends Promise Academy I High School. But these days, he’s got another space where he’s spending most of his time—Code Next Harlem Alliance, one of Google’s newest programs to help build the next generation of computer scientists.

When Ayan shows up to the Boys and Girls Club of Harlem, where Code Next lives, he sees a flurry of activity. He heads over to one corner where two students work together on creating their own emoji with Processing programming language. At a board nearby, Coach Sabrina Victor maps out a sequence of code. Out in the courtyard, a  group of 9th graders chat about plans for their upcoming day of coding.

This isn’t unusual. In fact, it’s a typical day at Code Next Harlem Alliance. 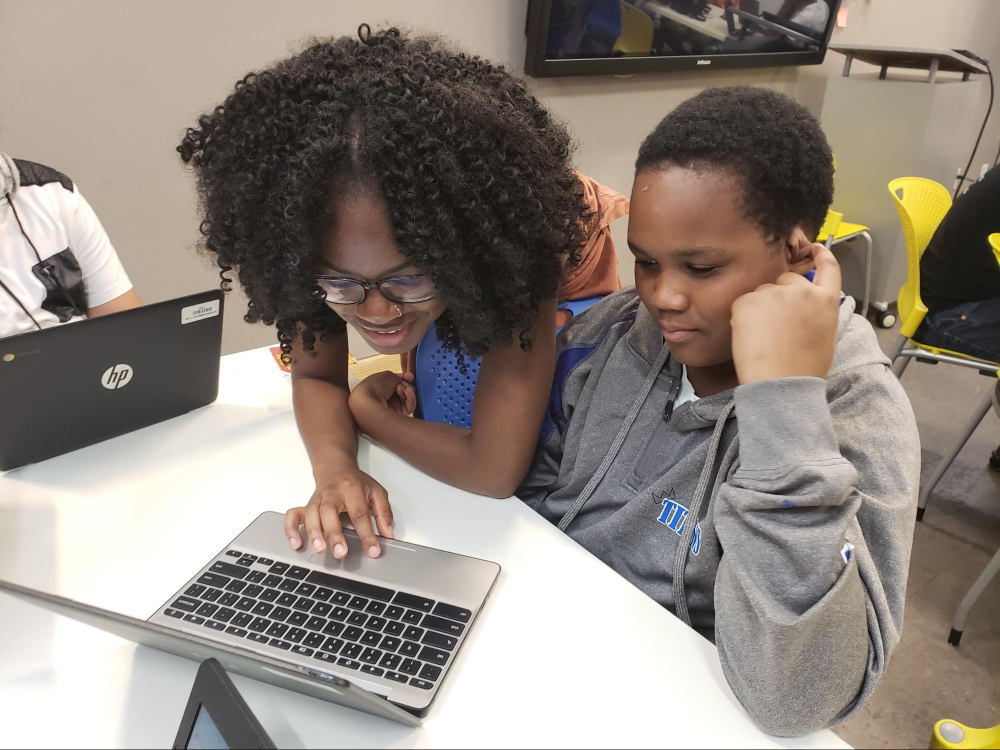 Coach Sabrina Victor works with student Devaughn Hood on a coding project together.

Increased confidence, positive motivation, and hard technical skills, coupled with the access to the people and spaces that can help these students grow, are ultimately what will help diversify the tech ecosystem. Chelsey Roebuck
Founder and Executive Director of ELiTE Education

Two years ago, when Google launched Code Next, an initiative designed to find and foster the next generation of transformational Black and Latinx tech leaders, we wanted to expose kids to tech within their own communities. In 2016-2017, we opened up two labs (one in Chelsea, New York and one in Oakland, California) where high schoolers could learn about computer science for free and become their own creators of technology. Code Next supports Google’s commitment to diversity, endeavoring to attract, develop, progress, and retain more underrepresented talent at all levels of Google’s workforce.

But we always knew that we wanted to open up more Code Next labs—starting in Harlem. “We wanted to work with community experts who had deep roots in the communities we wanted to serve,” shares Google’s Code Next Program Lead, Peta-Gay Clarke.

That’s why, this past summer, we made a multi-year investment in Code Next Harlem Alliance, a partnership led by the Boys and Girls Club of Harlem, Emerging Leaders in Technology and Engineering (ELiTE) Education, and New York Urban League. Harlem, rich in history and culture, has largely “been left out of the economics and new jobs discussion” according to Dominique Jones, Executive Director of Harlem’s Boys and Girls Club. But Harlem is the next tech frontier, she adds, “making it the ideal place for a technology learning lab.” 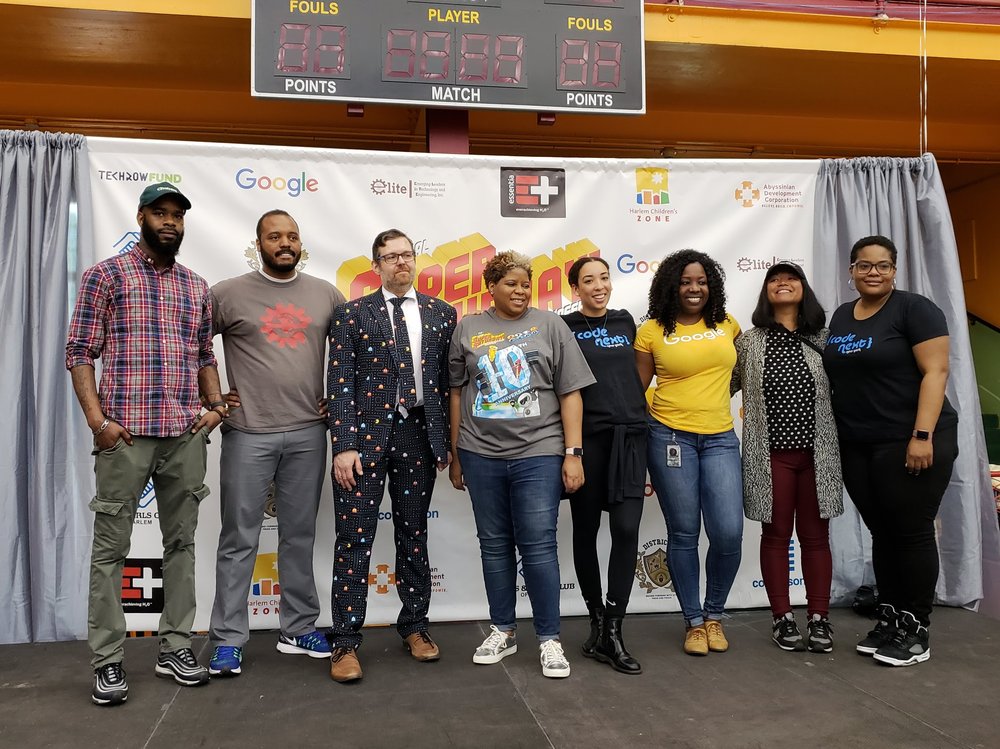 In June, Code Next Harlem Alliance opened its doors to 43 rising ninth grade students. Throughout the academic year, students dedicate almost every Saturday to learning in the lab, engaging in a collection of STEM activities ranging from 3-D printing to creating online games. Ayan, for example, expresses excitement over learning about p5.js and Processing: “You can type in functions and make shapes. It’s really cool.” 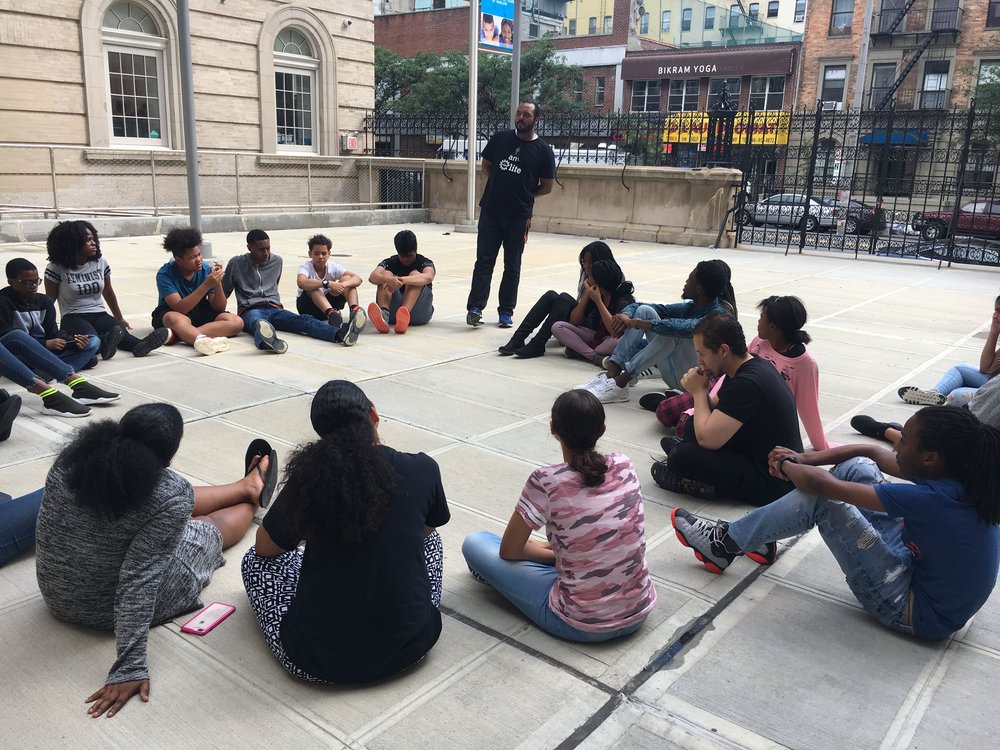 Harlem Alliance students engage in a team-building activity in front of the Boys and Girls Club of Harlem with ELiTE Education’s Chelsey Roebuck.

Code Next Harlem Alliance is just the beginning of what we hope to build—and there are so many partners that make this work possible, from fellow tech companies to foundations to nonprofits. If you are interested in partnering with us, opening up a new lab, or getting further updates from Code Next, sign up for our quarterly newsletter.