Around the world, education has undergone a technological revolution. Cloud-connected devices and learning applications are shaping new ways of teaching and learning. Across Canada, school districts are using Chromebooks and G Suite for Education to expand learning opportunities for students from diverse communities and backgrounds. And now, Futuresource has reported that Chromebooks are the #1 selling educational device for Canadian K12 schools.

With this news, Canada joins the U.S., Sweden, and New Zealand, where Chromebooks are also the top devices used in classrooms. Futuresource Associate Director Mike Fisher says that the offering of Chromebooks, combined with productivity tools and a management console for IT staff, means that “a growing number of schools are turning to Google when bringing technology into the classroom.” 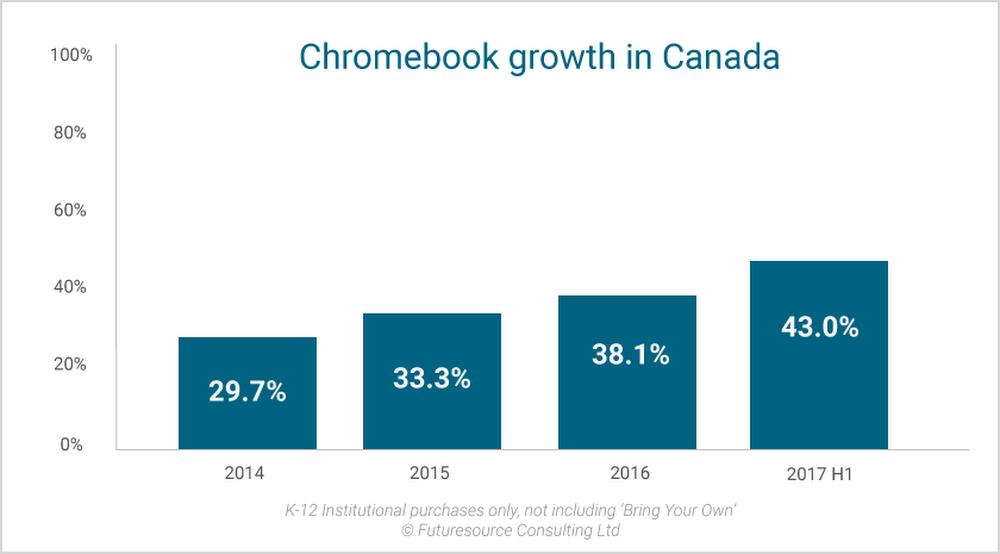 Here are a few examples of how districts across Canada are using Google’s educational tools:

Toronto District School Board, the largest district in Canada, leaves technology purchases up to individual schools. Chromebook usage has soared across the district to 20,000 devices since the first pilot purchases in early 2015. “Hundreds of schools are purchasing Chromebooks out of local school technology budgets,” says Kevin Bradbeer, the school board’s senior manager of client relations. “We're seeing grassroots decisions to choose this platform over three or four other choices.”

Both students and teachers appreciate the quickness of Chromebooks. Bradbeer says students power up their Chromebooks in seconds, so they can get right to work in class. 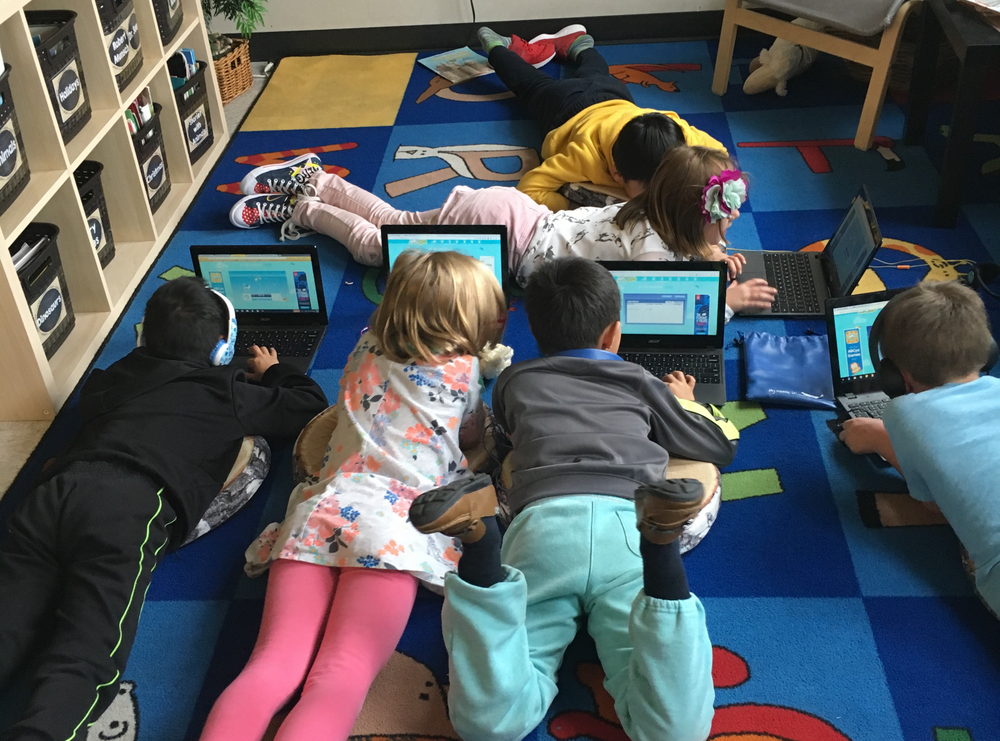 Students collaborating on Chromebooks at an elementary-junior high school in Edmonton.

Affordable devices that bring powerful computing to all students

The Upper Grand School District Board, in Guelph, Ontario, purchased 4,000 Chromebooks in 2013 for special-education students, but found that other students consistently borrowed the Chromebooks to bring into their classrooms. Bill Mackenzie, an Upper Grand information and communication technology consultant says that special-needs students are the “tip of the spear for technology, because if it helps them, it will help everybody.” The district now has 15,000 Chromebooks, about one for every two students, and the number continues to increase.

Edmonton Public Schools has nearly 100,000 students. About 25% of students are immigrants or refugees and part of the district’s diverse English Language Learner population. “Equity of access to technology is a challenge, for sure,” says Terry Korte, a supervisor in District Technology. “We try to avoid the fads and stick with the things that make the biggest difference for teachers and their students.” Chromebooks have helped to make that difference in Edmonton since 2012.

The large Alberta district now has over 46,000 Chromebooks, which was the school’s catalyst for moving into the cloud and using G Suite for Education. “Our goal is to have technology in the hands of students when and where they need it,” Korte adds.

From a teacher’s perspective, Chromebooks help students learn more effectively by giving them access to a world of educational content. “Chromebooks are inherently networked, so students can find their own way to learn specific concepts online,” says Lance Pedersen, a computer and technology studies teacher at Alberta’s McNally School.

At Edmonton’s Queen Elizabeth School, educators take advantage of the myriad of learning opportunities that Chromebooks and G Suite for Education provide, whether they’re teaching French or guitar. 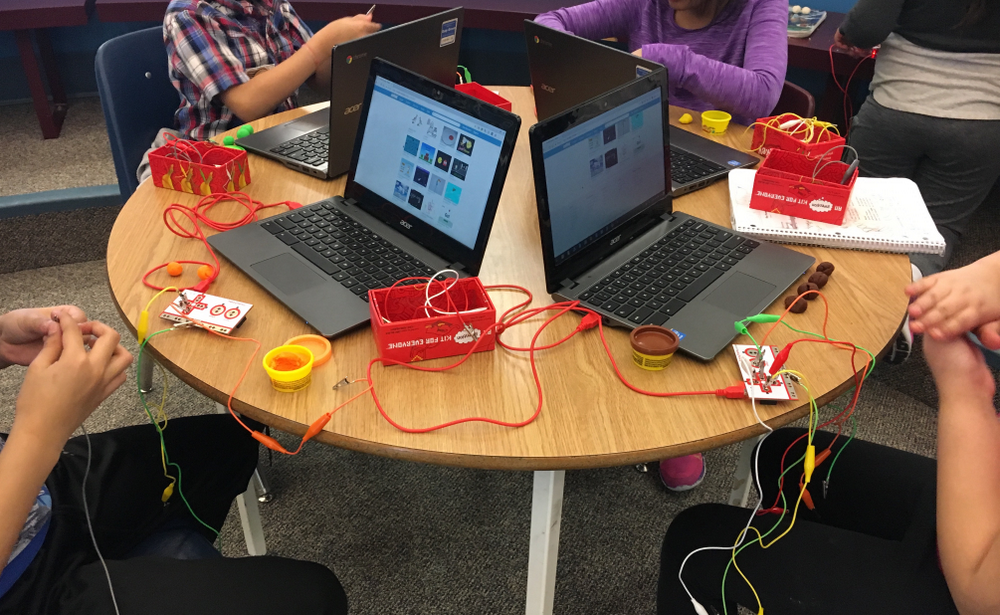 These Canadian districts all cite the similar advantages that make Chromebooks and G Suite for Education the top choice for classrooms across the country. “When it comes to cost, performance, and reliability,” Toronto’s Bradbeer says, “Chromebooks really are in the sweet spot of all three.”