Next stop for Expeditions: the International Space Station

“I believe that this nation should commit itself to achieving the goal, before this decade is out, of landing a man on the moon and returning him safely to the earth.”

Sure enough, we met that goal in 1969 when the Apollo 11 crew landed on the moon, just a few months before the decade ended.

Space travel still thrills us, even now that we’re several decades beyond watching astronauts on black-and-white TVs. Earlier this year, NASA astronaut Scott Kelly and Russian cosmonaut Mikhail Kornienko returned from a year-long mission on the International Space Station, studying the impact of extended space voyages on astronauts’ bodies and minds. We watched Kelly juggle fruit in weightlessness and asked him questions about space travel during a Reddit “Ask Me Anything” session.

Today’s teachers and students are fortunate in that we can share the space experience a bit more closely with our astronauts. Kids everywhere, and plenty of grownups, can get a better sense of what it must be like to live in weightlessness, primarily eat only vacuum-packed meals, and look out at the stars and Planet Earth every day. This is the idea behind our newest Expedition, created with NASA, which brings the International Space Station right into the classroom. 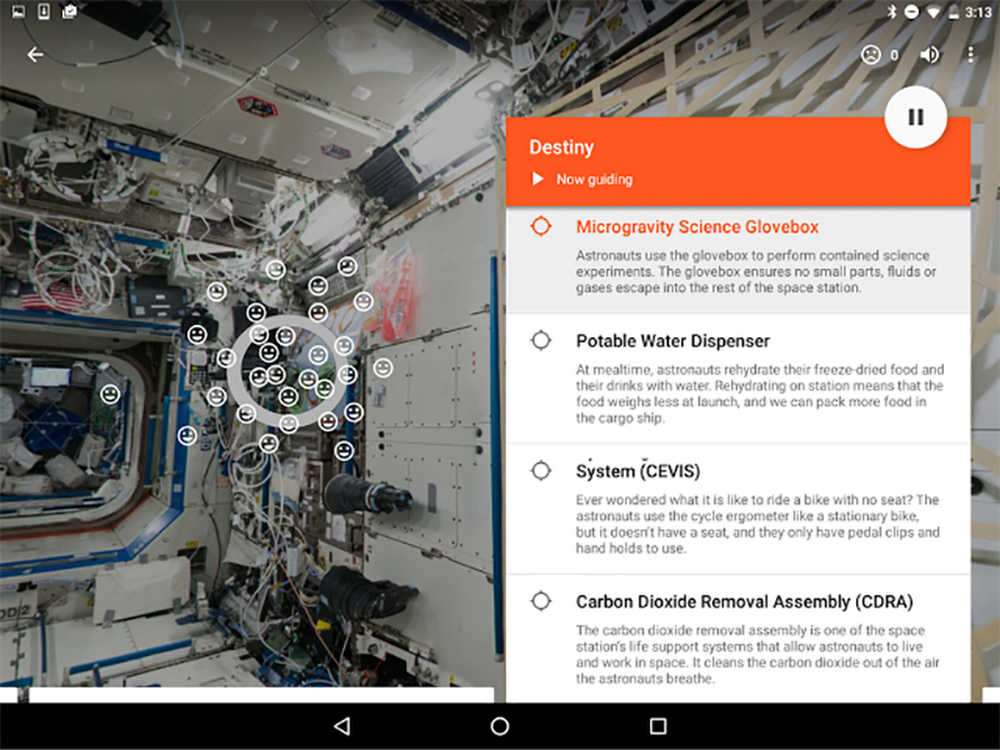 A view of the Expedition from the teacher's tablet

The new tour gives teachers and kids a view into the crew’s living quarters and the challenges they have doing everyday things. For example, teachers and students can see how space station residents use bungee cords to hold down plates and silverware so they don’t float away mid-bite, and how they anchor themselves to the tables or walls with special footholds so they don’t drift off either. In the Expedition, students can also see where scientists grow red lettuce and other crops. This enables NASA to study how vegetables grow in space — which will help provide nutritious and delicious food for future astronauts who will stay in space for longer and longer missions -- as much as three years for a roundtrip to Mars!

To celebrate the anniversary of President Kennedy’s historic call to action, this week we’re introducing the new Expedition to some of the schools taking part in the Expeditions Pioneer program. We’re also showing off the tour at special screenings of the new awe-inspiring IMAX® 3D film, “A Beautiful Planet,” produced and directed by celebrated filmmaker Toni Myers and narrated by Jennifer Lawrence, the star of The Hunger Games films, and featuring breathtaking images of Earth, shot by astronauts aboard the International Space Station. 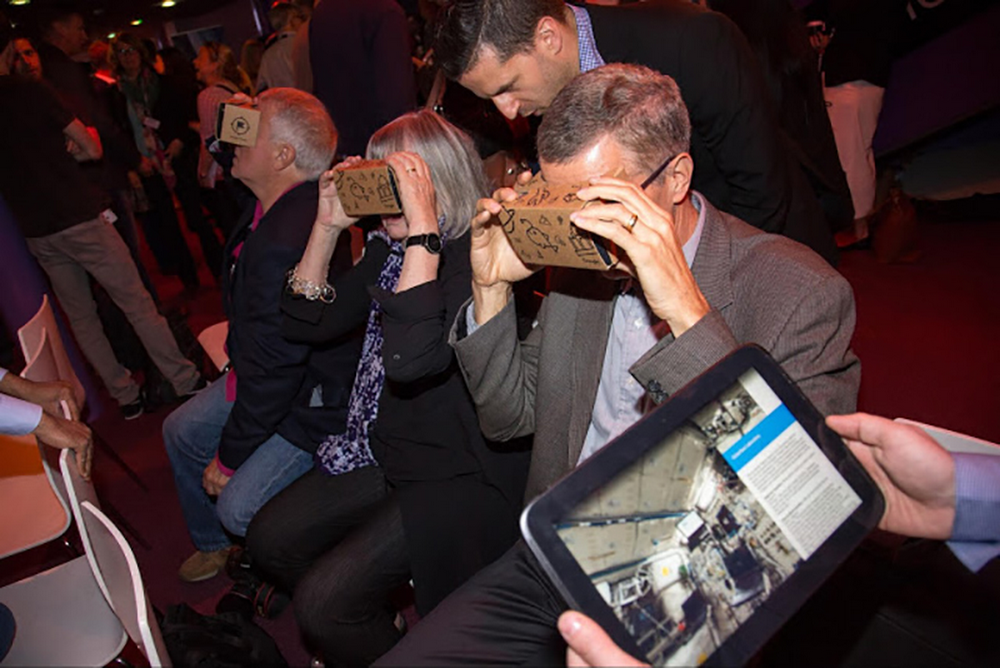 “A Beautiful Planet” and the Expeditions tour make a perfect double-feature: stunning views of Earth and the stars from outside the space station, and a view into daily life of astronauts from inside. Teaching the wonders of space is a time-honored way to encourage students to explore their world. Seeing the International Space Station up close can inspire the next generation of astronauts, scientists, or simply lovers of discovery, and bring the world of space exploration to everyone.