Celebrating 10 years of Google for Startups in the UK

I remember clearly the palpable sense of excitement at the Google for Startups Campus in London’s ‘Silicon Roundabout’ when I first visited in 2012. My first startup, back in Krakow Poland, had shut down after three years of solid early traction, and I moved to London in pursuit of bigger opportunities, a community and capital to fuel growth. The UK quickly became home, and my London Campus experience was so positive I ended up joining Google six years later.

As we celebrate the 10 year anniversary of Google for Startups UK, we’re taking a moment to celebrate the entrepreneurs and teams who have blazed a trail, and looking ahead to ensure we’re helping create the right conditions for future founders.

The industry has grown exponentially since Google for Startups UK launched 10 years ago – this year, we’ve already seen UK tech startups and scaleups cumulatively valued at more than $1 trillion (£794bn); up from $53.6 billion (£46bn), ten years ago.

One area of the UK tech startup community that has flourished in particular is impact tech - defined as companies founded to help address global challenges like climate change and help transform health, education and financial inclusion. Our new report created in partnership with Tech Nation, A Decade of UK Tech, shows that funding for impact tech startups has soared. In fact, since 2011, funding for impact tech companies addressing UN Sustainable Development Goals has risen 43-fold from just $74 million (£59 million) to $3.5 billion (£2.8 billion). 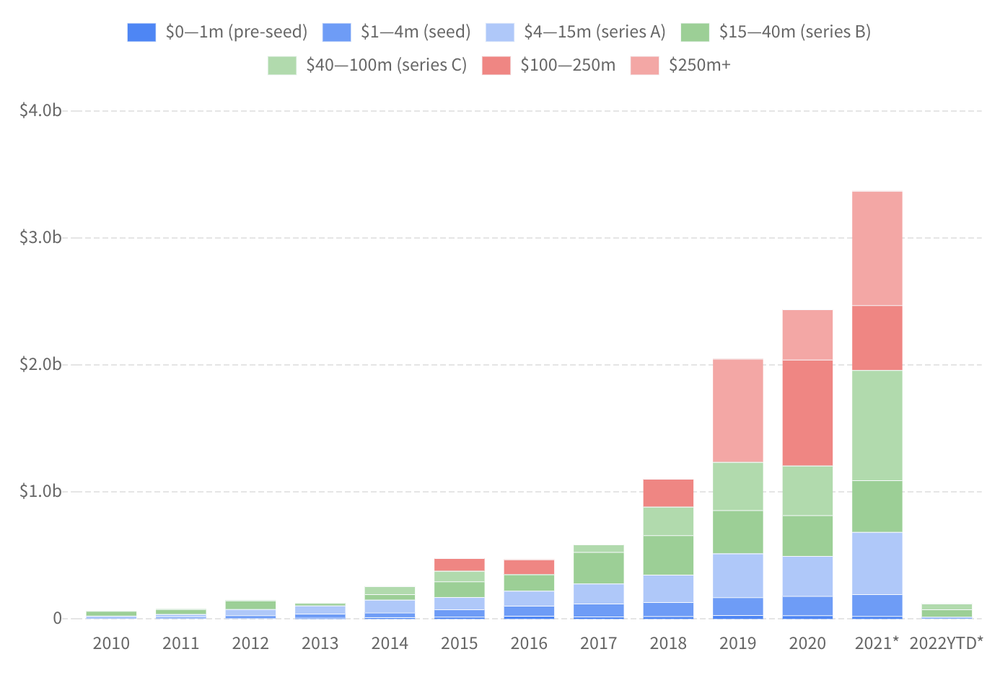 Startups are helping to solve global challenges, like climate change, education, health, food and sanitation, with agility, innovation and determination. And at Google for Startups, we’re proud to be supporting these businesses along the way by connecting founders with the right people, products and practices to help them grow. Because their continued success is vital not just for the UK’s future, but that of the world.

Enduring market barriers and perceptions of high risk can slow private sector investment. But even such challenges create a multitude of new opportunities for tech startups to leverage the UK's position as a financial services powerhouse. Elizabeth Nyeko
Founder of Modularity Grid - A deep tech startup

Google for Startups was launched in the UK with a mission to support a thriving, diverse and inclusive startup community. Here’s where we are a decade later:

Our work at Google for Startups is far from over. We’re committed to levelling the playing field for all founders, and closing the disproportionate gap in access to capital and support networks for underrepresented communities. For the impact tech sector to continue to grow and succeed, we must ensure funding is channeled towards the most innovative startups - no matter their valuation, funding stage or background.

Find out more at Google for Startups.