The journey to build a news product is far from linear

Editor’s note from Ludovic Blecher, Head of Google News Initiative Innovation: The GNI Innovation Challenge program, is designed to stimulate forward-thinking ideas for the news industry. The story below by Dina Aboughazala, founder of the journalism marketplace Egab, is part of an innovator series sharing inspiring stories and lessons from funded projects. The third Middle East, Turkey and Africa Innovation Challenge is now open for applications.

When I spoke to people in my home country of Egypt, they were actively avoiding the news. Many young people in their 20s and 30s wanted to leave because it was full of problems. As someone with an editorial, journalistic background, I was annoyed and felt moved to act. I wanted to show people that there were solutions, we just don’t hear about them.

I joined a startup accelerator to learn about business and tech for news, and explained my idea. One of the mentors stopped me and said, “So you are fixing a problem for yourself?”

At this point I realized I was basing my idea on what I wanted rather than what the users or the audience needed, a common mistake that many journalists who want to start their own media ventures fall into. 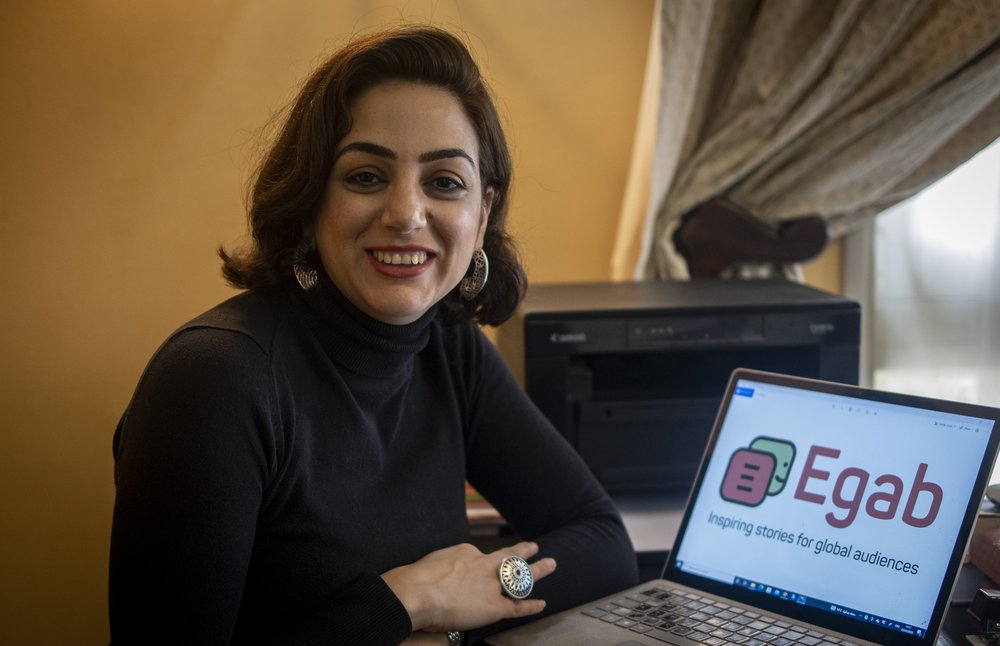 It was then that I remembered the dozens of messages I received on Twitter and LinkedIn from young aspiring journalists about how to join the BBC – my former employer – or how to get published there.

I finally understood that, instead of launching yet another media outlet, Egab could be a platform to support young and budding journalists to pitch solutions journalism stories and get published in international media. At the same time, the platform would act as a marketplace for international media editors to be able to select from the pitches, giving them access to unique content.

But one main question remained: Would people pay to have this need fulfilled? I was able to find out the answer and more, thanks to support from the Google News Initiative, as a recipient of the second Middle East, Turkey and Africa Innovation Challenge. 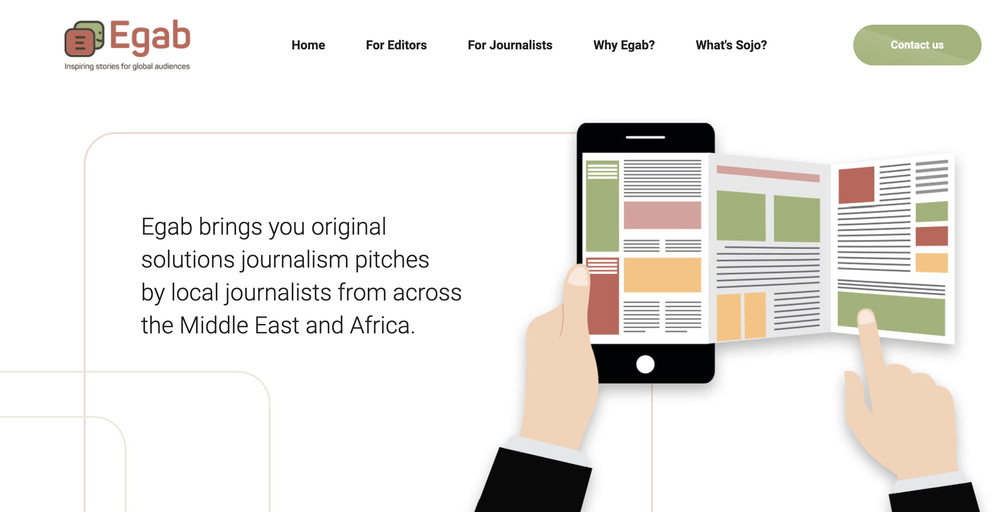 From the start, I envisioned Egab to be a for-profit business. I’ve read about several promising media initiatives that ceased to exist because of the lack of funding. I didn’t want that to happen to Egab if I were to solely rely on grants, which are neither sustainable nor guaranteed.

So, I went on to answer two more questions: Are my targeted users already paying money or exerting a lot of effort to fulfill this need? And what’s the difference between what’s available now and my offering?

At this point I wasn’t ready to build Egab’s platform. The last thing I needed was to put a lot of money into building something that may not be used. So we started with a Minimum Viable Product (MVP) to test the concept in the simplest form.

We started with a landing page and a Google Workspace account. This is how Egab has been operating for a year and a half. We receive journalists' pitches via email; we organize Egab’s team’s work processes using Google Drive. We review pitches and prepare feedback, and when a pitch is ready, we circulate it to editors via email.

Through this very simple process, we were able to gather a lot of useful information. We were able to track our processes against our sales and adjust to become more efficient. We were able to understand our users better – both journalists and media outlets – and understand their needs, as well as the challenges to our model.

The process has not been a straight line. I’ve learned building a product is all about experimenting; testing, gathering data, adjusting and repeating. We now have close to 120 journalists from across 24 countries in the Middle East and Africa using our platform and 13 media outlets using our service. The number of media outlets grows by one new media outlet every month but it’s not all about the numbers.

The quality of the stories we facilitate is very important to us, and we are glad that many of our stories are being well received. As an example, one of our stories from Libya published on The National News was the first story to be added from the country to the Solution Journalism Network's story tracker.The story was also featured in SJN's best stories of 2021.

A year and a half into this experience, we are still testing and experimenting like day one, and I don’t think we will ever stop.