As we’ve seen in the last decade, information technology can save lives in a crisis. But even as data becomes more crucial to rescue efforts, key information like evacuation routes, shelter locations and weather alerts often remains inaccessible to the public. Time is of the essence in the wake of a disaster, and it's critical for emergency information to be available in open standards and formats to enable instant communication among first responders and affected populations.

This was the theme of our first Big Tent in Asia, held yesterday in Sendai, Japan. The event brought together tech industry leaders, non-profits, volunteers and government officials to discuss how technology can better assist in preparing for, responding to and rebuilding from disasters. This is an extremely pertinent issue for the Asia-Pacific region, as nearly 70 percent of fatalities from natural disasters occur here. And with the earthquake and tsunami last year affecting the coastal regions of Northeastern Japan, Sendai was a particularly meaningful location to discuss new ways that technology can aid the efforts of responders to reduce the impact and cost of disasters.

During the panels, the audience heard stories about how two Pakistani volunteers mapped their home country so well through Google MapMaker that the UN’s mapping agency UNOSAT adopted the maps and provided them to aid workers during the Pakistan floods. Sam Johnson, Founder of the Christchurch Student Army and Young New Zealander of the Year, talked about using Facebook to quickly coordinate relief efforts on the ground after the earthquakes in Christchurch in 2010 and 2011. Twitter Japan Country Manager James Kondo talked about Japanese earthquake victims tweeting with the hashtag “stranded” in order to find help. Meanwhile representatives of open source project Ushahidi talked of “brainsourcing” reporters on the ground and remote volunteers to keep the world abreast of conditions in disasters such as the earthquake in Chile in 2010.

After the panels, conversations and debates, four key themes emerged. First, there is a conflict between traditional closed data architectures and emerging open models—and we need to close the gap between them. Second, we need to find complementary ways to embrace both authoritative data from official sources and crowdsourced data. Third, there’s a universal need for data, but they way it’s shared needs to be tailored to the local environment—for example, Internet-reliant countries vs. SMS-reliant countries. Finally, we were reminded that beyond the data itself, communication and collaboration are key in a crisis. Information isn’t worth anything unless people are taking that information, adapting it, consulting it and getting it to the people who need it. 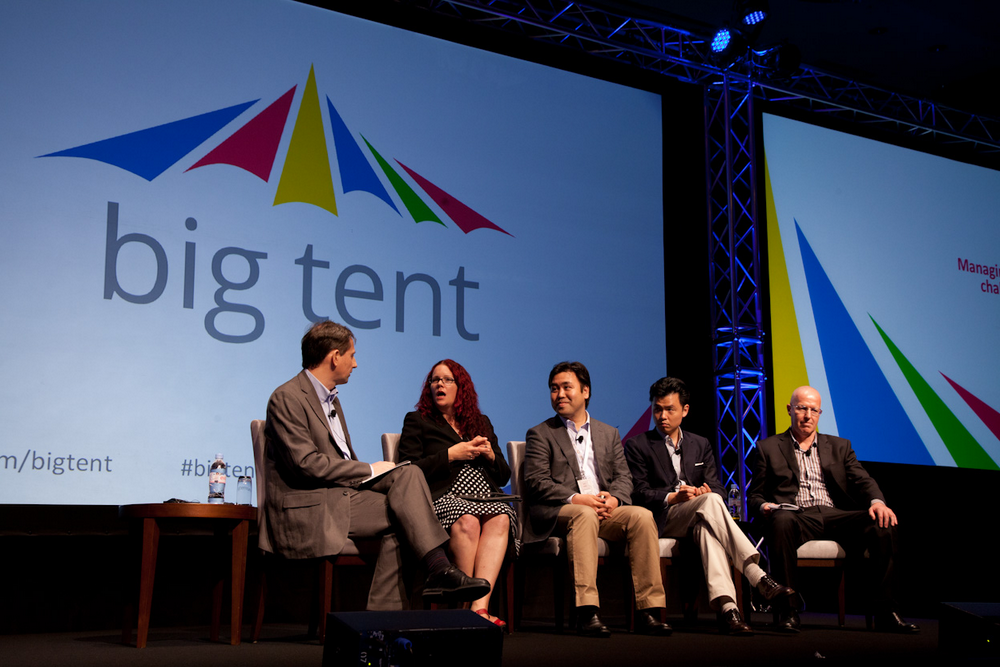 One of the panels at Big Tent Sendai

Crisis response tools will continue to improve and more people across the globe will own devices to quickly access the information they need. But there are still major challenges we must address. As Margareta Wahlström, UN Special Representative of the Secretary-General for Disaster Risk Reduction said, we can now get quick warnings and alerts to many populations on their phones, but many who receive the alerts don’t know how to act.

To see clips from Sendai and previous events, visit the Big Tent YouTube channel, where you can also join in the debate via comments, get more information on the presenters and see how different communities approach many of the same issues. We’ll hold more Big Tents in Asia soon, so please check back on our website to learn more.