Today, we’re sharing the third annual Android Security Year In Review, a comprehensive look at our work to protect more than 1.4 billion Android users and their data.

Our goal is simple: keep our users safe. In 2016, we improved our abilities to stop dangerous apps, built new security features into Android 7.0 Nougat, and collaborated with device manufacturers, researchers, and other members of the Android ecosystem. For more details, you can read the full Year in Review report or watch our webinar.

Protecting you from PHAs

It’s critical to keep people safe from Potentially Harmful Apps (PHAs) that may put their data or devices at risk. Our ongoing work in this area requires us to find ways to track and stop existing PHAs, and anticipate new ones that haven’t even emerged yet. 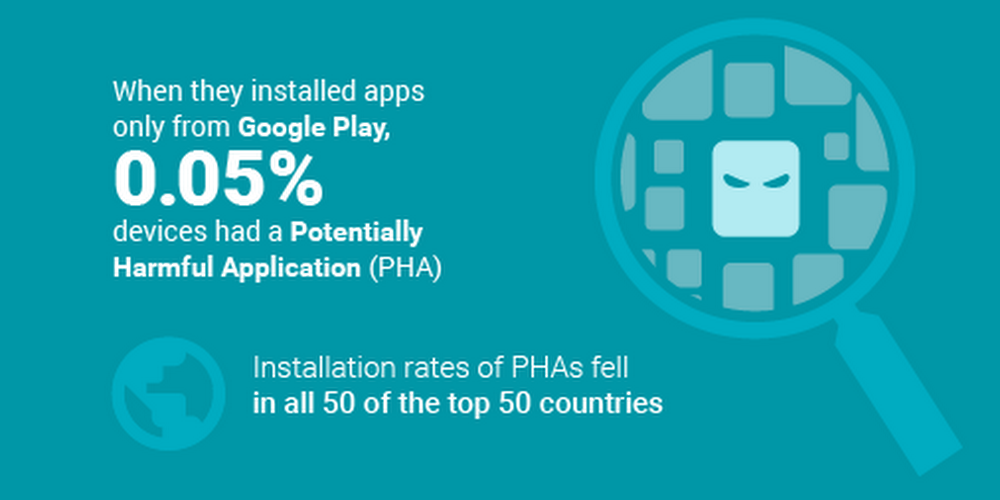 Over the years, we’ve built a variety of systems to address these threats, such as application analyzers that constantly review apps for unsafe behavior, and Verify Apps which regularly checks users’ devices for PHAs. When these systems detect PHAs, we warn users, suggest they think twice about downloading a particular app, or even remove the app from their devices entirely.

We constantly monitor threats and improve our systems over time. Last year’s data reflected those improvements: Verify Apps conducted 750 million daily checks in 2016, up from 450 million the previous year, enabling us to reduce the PHA installation rate in the top 50 countries for Android usage.

Google Play continues to be the safest place for Android users to download their apps. Installs of PHAs from Google Play decreased in nearly every category:

Still, there’s more work to do for devices overall, especially those that install apps from multiple sources. While only 0.71 percent of all Android devices had PHAs installed at the end of 2016, that was a slight increase from about 0.5 percent in the beginning of 2015. Using improved tools and the knowledge we gained in 2016, we think we can reduce the number of devices affected by PHAs in 2017, no matter where people get their apps.

Working together to secure the Android ecosystem 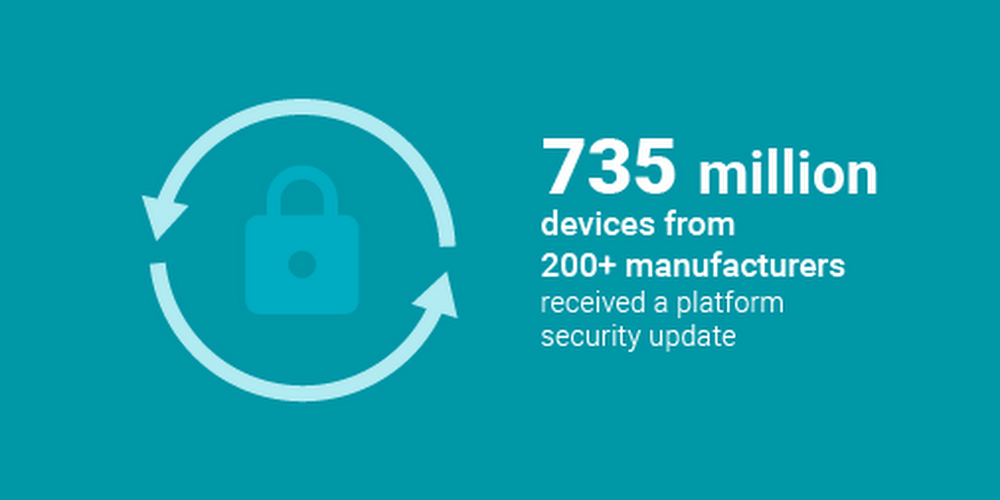 Sharing information about security threats between Google, device manufacturers, the research community, and others helps keep all Android users safer. In 2016, our biggest collaborations were via our monthly security updates program and ongoing partnership with the security research community.

Security updates are regularly highlighted as a pillar of mobile security—and rightly so. We launched our monthly security updates program in 2015, following the public disclosure of a bug in Stagefright, to help accelerate patching security vulnerabilities across devices from many different device makers. This program expanded significantly in 2016:

On the research side, our Android Security Rewards program grew rapidly: we paid researchers nearly $1 million dollars for their reports in 2016. In parallel, we worked closely with various security firms to identify and quickly fix issues that may have posed risks to our users.

We appreciate all of the hard work by Android partners, external researchers, and teams at Google that led to the progress the ecosystem has made with security in 2016. But it doesn’t stop there. Keeping users safe requires constant vigilance and effort. We’re looking forward to new insights and progress in 2017 and beyond.