Google Cast is now built in to Chrome

Two years ago we launched Google Cast, an extension for Chrome that allowed you to show content from your favorite websites on the best screen in your home—your TV—using Chromecast.  Whether watching your favorite show on Netflix, or sharing a photo slideshow at a family gathering, Google Cast makes it easy to extend the web to the big screen.

Since we launched Chromecast, we’ve been working to make casting even better. We've launched new Cast devices like Chromecast Audio and partnered with other manufacturers to make Cast-enabled TVs and speakers.  We’ve also made significant improvements in quality, with the vast majority of casting sessions now in HD.

Casting from Chrome has become incredibly popular: In the past month alone, people have casted more than 38 million times from Chrome, watching and listening to more than 50 million hours of content.

Today we’re happy to announce that Google Cast is now built fully into Chrome, and anyone can now Cast without having to install or configure anything.  When you’re on websites that are integrated with Cast, you’ll see the Cast icon appear when you’re on the same network as a Cast device—and with a couple of clicks you can view your content on your TV or listen to music on your speakers: 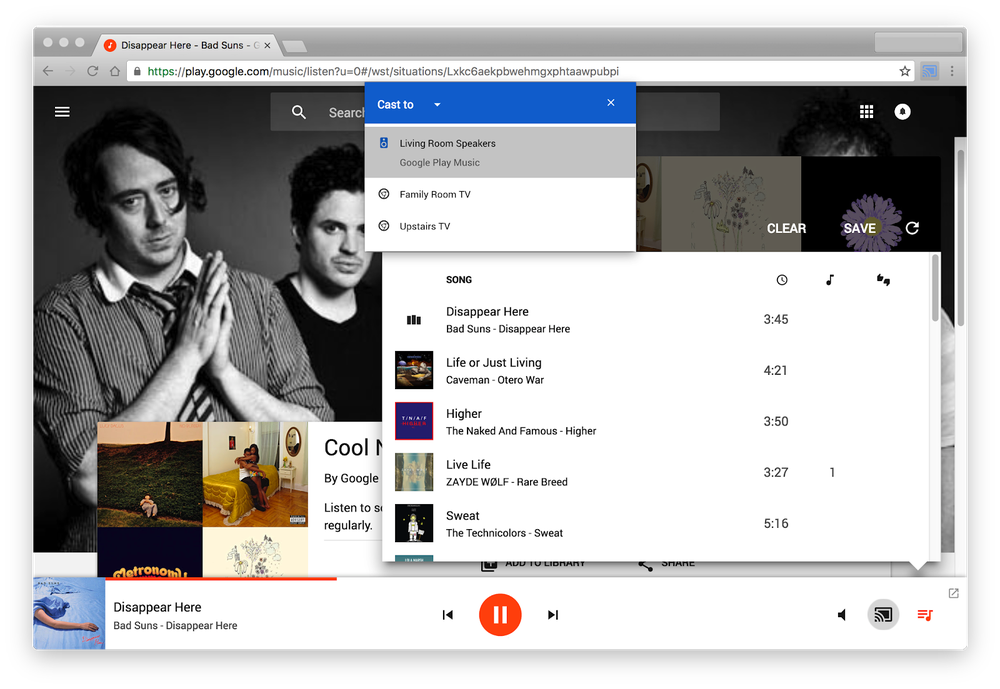 You can also view websites that are not integrated with Cast on your TV by selecting the “Cast…” menu item from the Chrome menu: 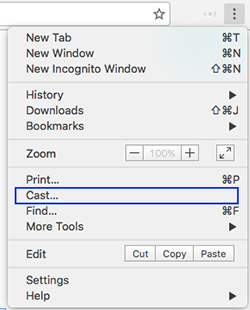 And you can now cast to even more places—including sharing with participants on a video call in Google Hangouts and the Cast for Education app, which we announced recently.  Now you can share your presentation with your coworkers during a Hangout or to your peers in the classroom.

With Google Cast and Chrome, you can share what you love to watch with those around you. We’re excited to make this available to everyone.  To get the new built-in Cast functionality all you need to do is make sure you have the latest version of Chrome.