A long way home with help from Google Earth

Share
Twitter
Facebook
Linkedin
Mail
Copy link
P
Peter Birch
Google Earth Product Manager
Share
Twitter
Facebook
Linkedin
Mail
Copy link
In 1986, a five-year-old boy named Saroo Munshi Khan accidentally fell asleep on a stationary train in India. He woke up hours later, alone and in an unfamiliar place. This fateful train ride ripped Saroo away from his home and family. For more than a quarter century, he searched for them before finding his way back home with the help of Google Earth.

This incredible true story spans decades, miles and continents. If it weren’t for hope, determination and technology, Saroo would have remained forever lost.

On that day 27 years ago, Saroo and his 14-year-old brother, Guddu, were searching a train station for change to help support their family. Guddu wandered beyond the station and Saroo fell asleep on a stationary train waiting for his brother’s return. When he woke up, the train had left the station, separating Saroo from his home and family.

The train Saroo boarded was in Berhanpur, India, and he ended up 1,500 kilometers away, in Calcutta. For weeks, he survived on the streets. Eventually, he was taken into an orphanage, where he was adopted by the Brierleys, an Australian family. He moved across an ocean to the town of Hobart in Tasmania. At six years old, Saroo had a new family, home, country and name. Though Saroo Munshi Khan couldn’t find his home, Saroo Brierley never gave up the search.

In 2011, using vague memories and Google Earth imagery, Saroo identified his home town. Using the ruler feature in Google Earth, he mapped out a search radius by making an educated guess about how far he traveled by train. After countless hours of scouring this area of Google Earth imagery, he came upon a proverbial needle in a haystack. Saroo spotted one vague landmark that led him to the next, helping him unlock a five-year-old child’s memories. He eventually spotted a neighborhood, street and tin roof that looked familiar.

In Saroo's words, "It was just like being Superman. You are able to go over and take a photo mentally and ask, 'Does this match?' And when you say, 'No,' you keep on going and going and going."

In 2012, Saroo embarked on a trip from Australia back to Khandwa, India. Once he arrived, he shared his story with locals, who helped him find his way back home to his mother and surviving brother and sister. Twenty-six years after accidentally leaving home, he finally found his way back. 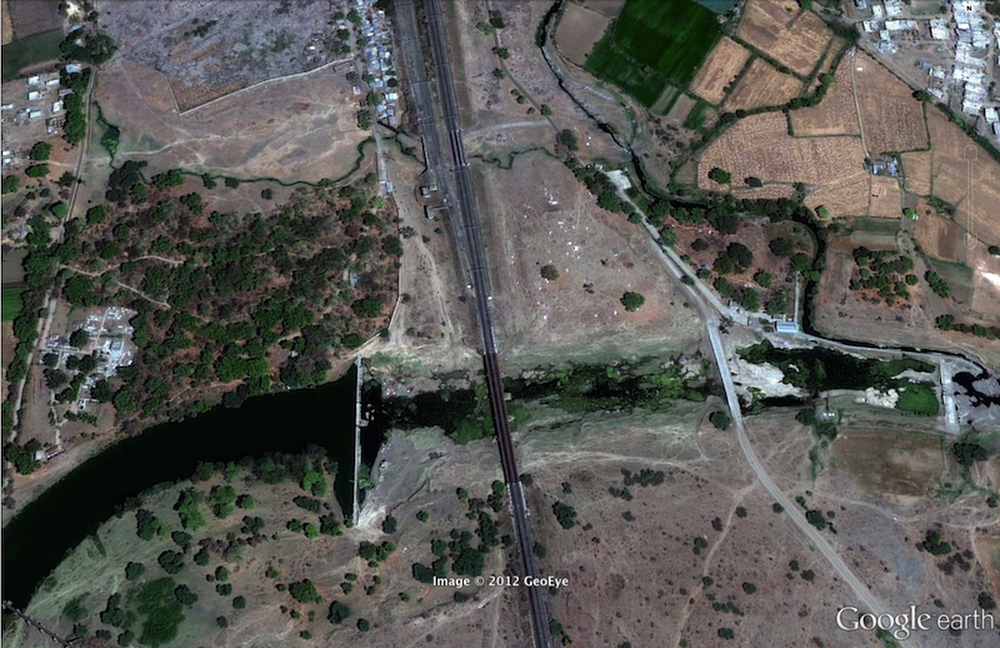 Maps can affect our lives in many ways, big and small—but hopefully they always help us find our way. You can now read Saroo’s book, “A Long Way Home,” for a detailed account of his journey of survival and triumph against incredible odds. It celebrates the importance of never letting go of what drives the human spirit—hope.