Stitching, then and now

Today, we’re introducing an option in Jump Assembler to use a new, high-quality stitching algorithm based on multi-view stereo. This algorithm produces the same seamless 3D panoramas as our standard algorithm (which will continue to be available), but it leaves fewer artifacts in scenes with complex layers and repeated patterns. It also produces depth maps with much cleaner object boundaries which is useful for VFX.

Let’s first take a look at how our standard algorithm works. It’s based on the concept of optical flow, which matches pixels in one image to those in another. When matched, you can tell how pixels “moved” or “flowed” from one image to the next. And once every pixel is matched, you can interpolate the in-between views by shifting the pixels part of the way. This means that you can “fill in the gaps” between the cameras on the rig, so that, when stitched together, the result is a seamless, coherent 360° panorama.

Our new, high-quality stitching algorithm uses multi-view stereo to render the imagery. The big difference? This approach can find matches in several images at the same time. The standard optical flow algorithm only uses one pair of images at a time, even though other cameras on the rig may also see the same objects.

Instead, the new, multi-view stereo algorithm computes the depth of each pixel (e.g., the distance to the object at that pixel, a 3D point), and any camera on the rig that sees that 3D point can help to establish it’s depth, making the matching process more reliable. 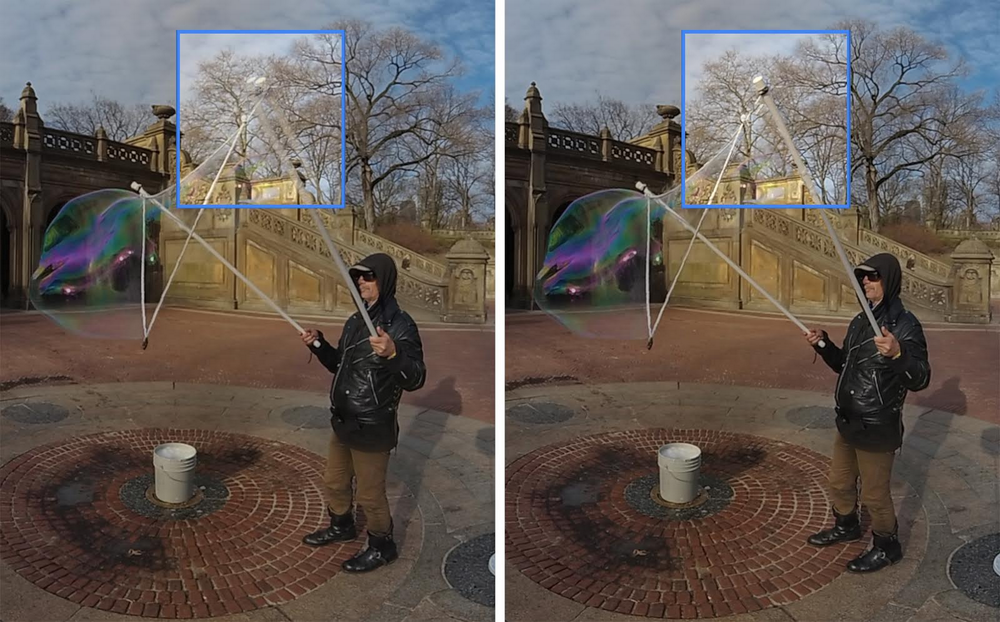 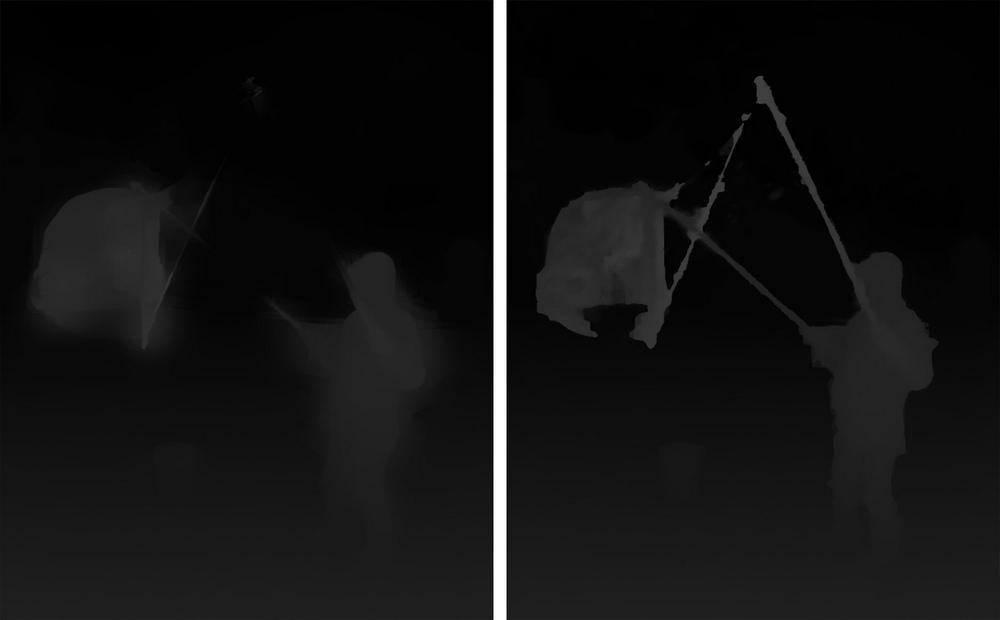 The new approach also helps resolve a key challenge for any stitching algorithm: occlusion. That is, handling objects that are visible in one image but not in another. Multi-view stereo stitching is better at dealing with occlusion because if an object is hidden in one image, the algorithm can use an image from any of the surrounding cameras on the rig to determine the correct depth of that point. This helps reduce stitching artifacts and produce depth maps with clean object boundaries.

If you’re a VR filmmaker and want to try this new algorithm for yourself, select “high quality” in the stitching quality dropdown in Jump Manager for your next stitch!