Count down to Christmas Eve with Google Santa Tracker

While millions of people eagerly await Christmas Day, Santa and his elves are keeping busy at the North Pole. They’re preparing presents, tuning up the sleigh, feeding the reindeer and, of course, checking the list (twice!) before they take flight on their trip around the world.

While we’ve been tracking Santa since 2004 with Google Earth, this year a team of dedicated Google Maps engineers built a new route algorithm to chart Santa’s journey around the world on Christmas Eve. On his sleigh, arguably the fastest airborne vehicle in the world, Santa whips from city to city delivering presents to millions of homes. You’ll be able to follow him on Google Maps and Google Earth, and get his stats starting at 2:00 a.m. PST Christmas Eve at google.com/santatracker. 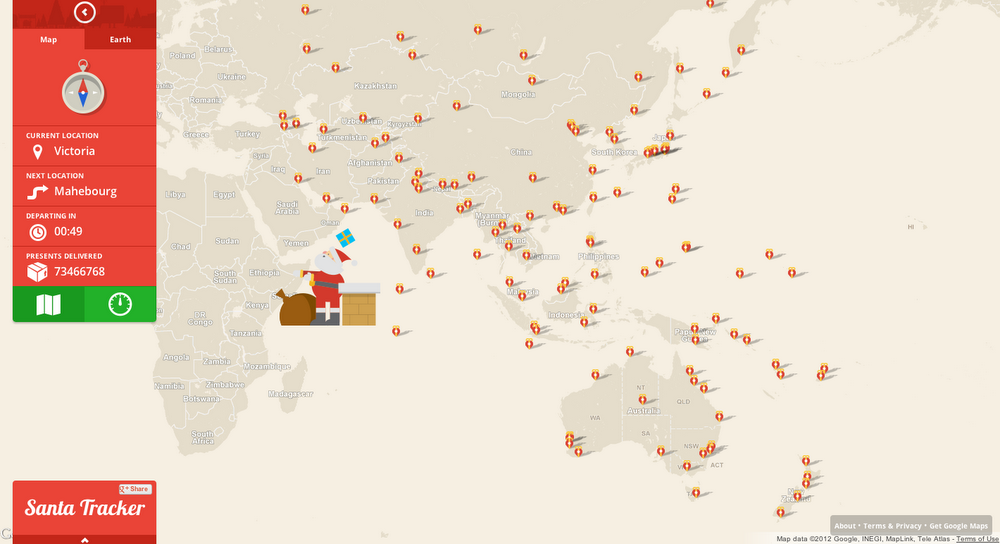 Simulating Santa's path across the world—see it live Dec 24

In addition, with some help from developer elves, we’ve built a few other tools to help you track Santa from wherever you may be. Add the new Chrome extension or download the Android app to keep up with Santa from your smartphone or tablet. And to get the latest updates on his trip, follow Google Maps on Google+, Facebook and Twitter. 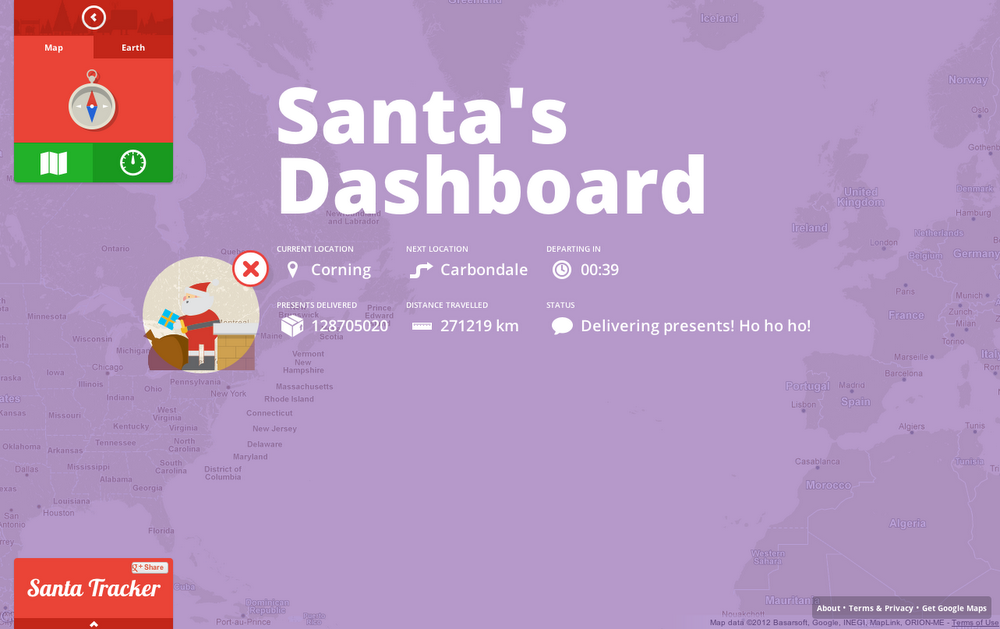 Get a dashboard view of Santa's journey on Google Maps

The Google Santa Tracker will launch on December 24, but the countdown to the journey starts now! Visit Santa’s Village today to watch the countdown clock and join the elves and reindeer in their preparations. You can even ask Santa to call a friend or family member.

We hope you enjoy tracking Santa with us this year. And on behalf of everyone at Google—happy holidays!