Shedding light on solar potential in all 50 U.S. States

Solar power is an abundant, low carbon source of electricity, but historically it has been more expensive than traditional electricity. With solar costs dropping dramatically, many people are starting to ask: does solar power make sense on my rooftop? In my town or state?  Since its initial launch in 2015, Project Sunroof has used imagery from Google Maps and Google Earth, 3D modeling and machine learning to help answer those questions accurately and at scale. For every building included in the data, Project Sunroof calculates the amount of sunlight received by each portion of the roof over the course of a year, taking into account weather patterns, position of the sun in the sky at different times of year, and shade from nearby obstructions like trees and tall buildings. Finally, the estimated sunlight is translated into energy production using industry standard models for solar installation performance.

Today, Project Sunroof is helping answer those questions for more places than ever, with an expansion that brings Project Sunroof’s data coverage to every state in the U.S, with a total of approximately 60 million buildings analyzed. The expanded data reveals some fascinating insights about the solar energy opportunity nationwide: 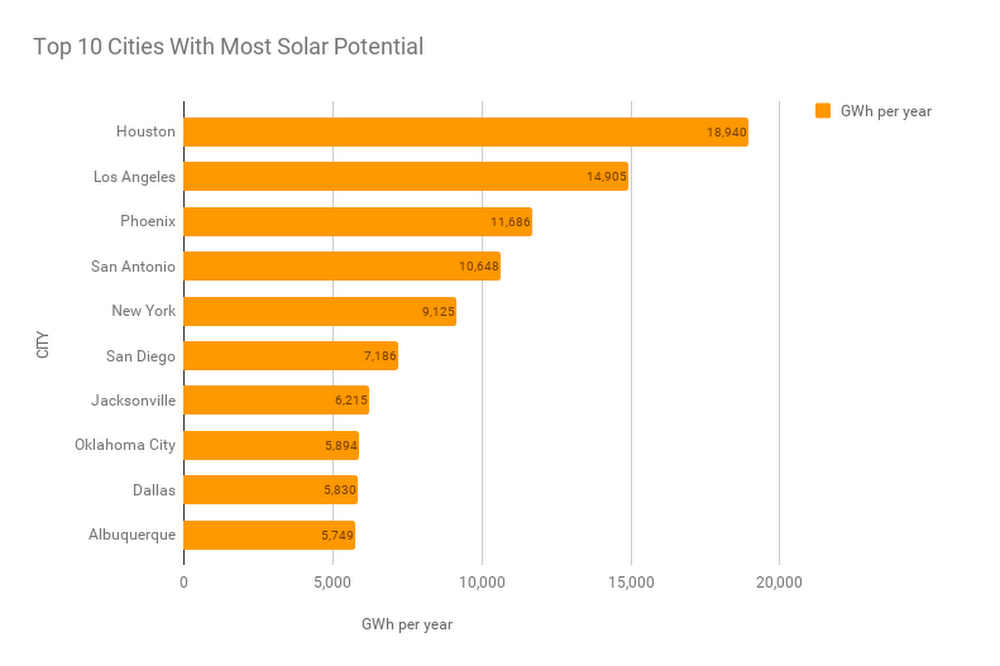 To put the rooftop solar potential into perspective, the average U.S. home consumes 10,812 kilowatt-hours (kWh) a year according to EIA. There are one million kWh in one gigawatt-hour (GWh). One GWh of energy is enough to supply power to 90 homes for an entire year.

If the top ten cities above reached their full rooftop solar potential, they'd produce enough energy to power 8 million homes across the US. 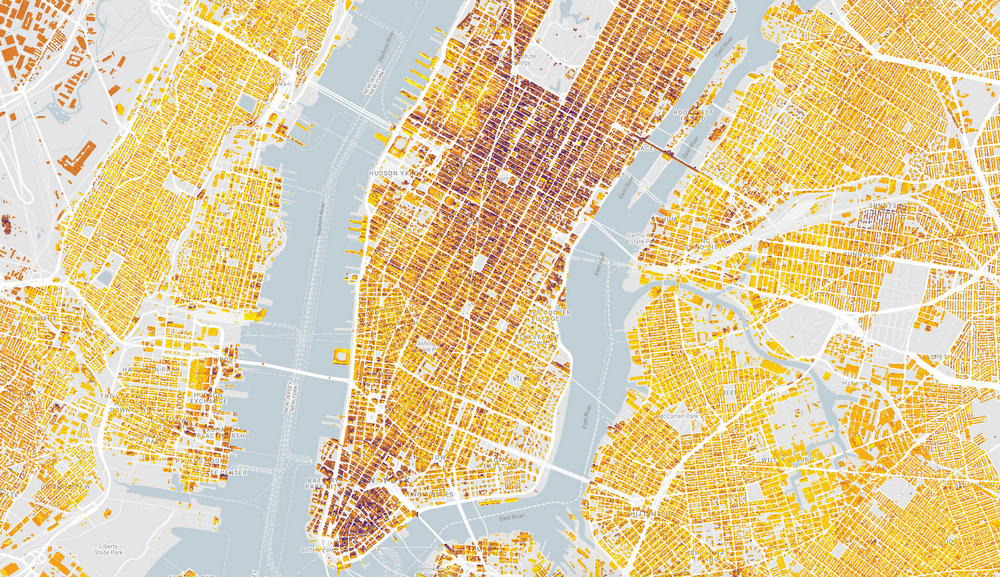 This also means that if you've been thinking about going solar, there's a much better chance there's Project Sunroof data for your area. The Project Sunroof data explorer tool allows anyone to explore rooftop solar potential across U.S. zip codes, cities, counties and states. If you’re looking to learn about the solar and financial savings potential for your homes, the Project Sunroof savings estimator tool now covers 40x more buildings in the U.S. than when we launched it in 2015.

Visualization of solar potential at the Googleplex in Mountain View, CA.

Almost 10 years ago, Google became an early adopter of rooftop solar, installing a 1.6 megawatt (MW) solar array at our headquarters in Mountain View, CA—the largest corporate solar installation of its kind at the time. Today, Project Sunroof combines Google’s longstanding interest in sustainability and renewable energy with unique, high-quality information about the potential of rooftop solar power. We’re proud to be expanding coverage of this project to help more people decide if solar makes sense for you.