Something to smile about: A 5,000-mile walk across Asia, guided by Google Maps

Inspiration comes in many shapes and forms. For U.S. Marine Sgt. Winston Fiore, it was a news article about the International Children’s Surgical Foundation (ICSF) and Dr. Geoff Williams, who provides free facial-reconstructive surgeries for children with cleft lips/palates in developing countries. Although cleft palates are quite correctable, if left untreated the deformity can cause serious health issues. Many children don’t have the surgery because the cost of each procedure ($250 USD) is out of reach for their families.

Inspired to do something to help, Winston set out on a 5,000-mile trek across Southeast Asia to raise money and awareness for the ICSF—a mission he dubbed Smile Trek. Armed with sturdy boots, a 20-pound vest carrying essentials and an Android phone with Google Maps, Winston set off on his mission in October 2011. In the last year, he has walked (yes, walked!) through Brunei, China, Laos, Malaysia, Philippines, Singapore, Taiwan, Thailand, and Vietnam. Along the way he’s met countless individuals who have contributed to his cause, whether it was a place to stay, a hot meal or a monetary donation on his website. 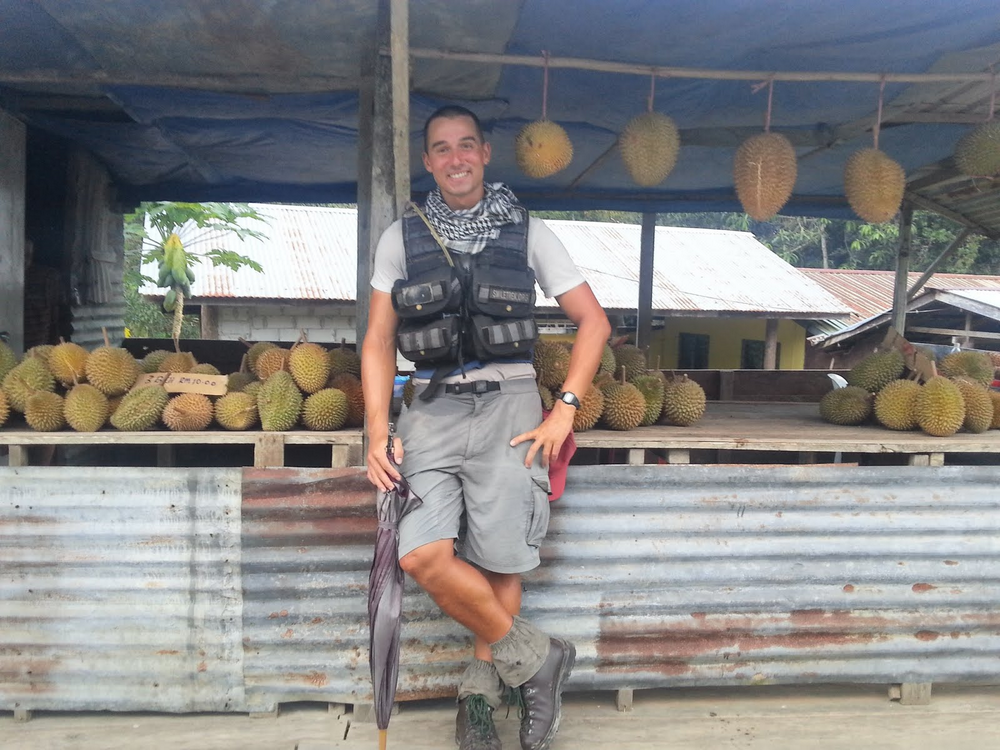 Trekking along: Winston, standing in front of a durian fruit stand near Sematan, the westernmost town of Malaysian Borneo

Out on the road, Winston’s Android phone and Google Maps became “the hub” of his entire operation. He used Google Maps to find accurate and easy-to-use walking directions everywhere he went, whether it was through remote villages and farms, down tiny dirt roads, or across rice paddies and desolate sugar cane fields. “Walking directions in Google Maps were critical to my trek. The directions were accurate and efficient—it’s essential to take the shortest route when you’re walking 20-25 miles each day,” said Winston. “But the best part was being routed onto roads and trails through areas I otherwise never would have discovered with, say, driving directions, or even a physical map.” 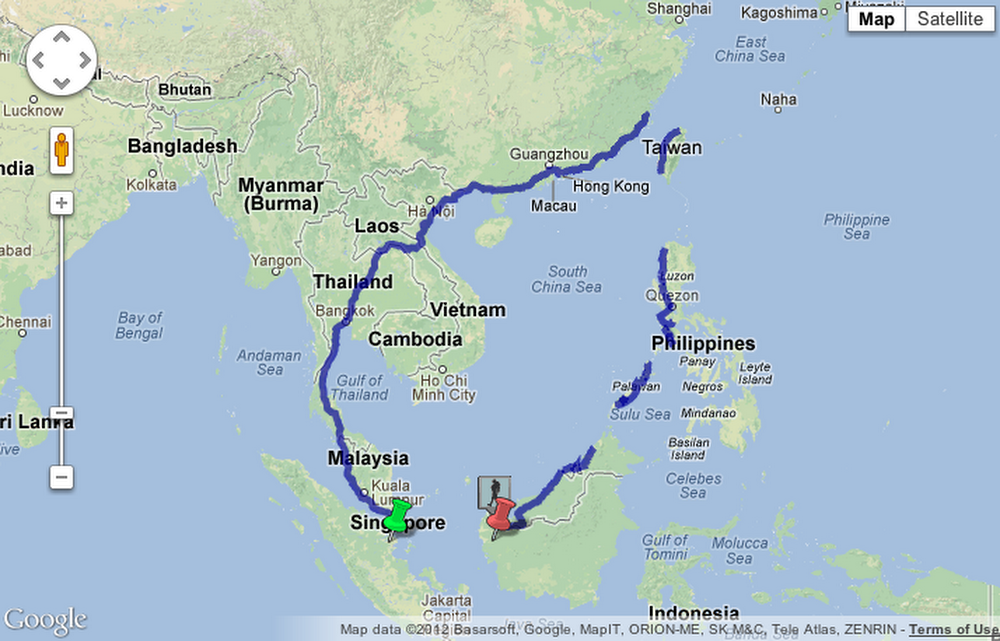 View the complete map of Winston's journey on his site

In addition to using Google Maps, Winston relied on many other Google products during his trek. He used Google Latitude to keep his family, friends and supporters informed of his whereabouts, and MyTracks to record his speed, distance and the places he visited. He also used Google Translate to communicate with locals, and in one case found it essential: when bit by a stray dog outside of Bangkok, he typed "I got bit by a dog, can someone take me to a hospital?" into his app. A taxi driver took him to the hospital, where he got 11 shots!

Today, after walking 5,000 miles in 408 days, Sgt. Fiore completes his journey, with more than $65,000 raised for ICSF. The money will help to fund more than 200 life-saving surgeries for children in Southeast Asia and other parts of the world. If you’d like to contribute to the International Children’s Surgery Fund and Winston Fiore’s effort, we encourage you to visit smiletrek.org.