At its heart, Google News is about keeping people up-to-date with what is going on in the world and providing news from diverse perspectives. But this goal is meaningless unless we get the reading experience right. For too many people, reading the news on their mobile devices can be slow and clunky, forcing them to abandon a site. That’s why we joined others across the industry on the Accelerated Mobile Pages Project (AMP for short) — an open source initiative to make the mobile web as fast as possible.

In the few months since AMP launched, thousands of publishers have embraced this new format and are regularly publishing AMP-versions of their content. In February Google started making it easy to find those AMP webpages in relevant mobile search results, giving you a lightning-fast reading experience. Today we will be doing the same thing in Google News on all our mobile platforms — web, Android and iOS.

So — what’s new? At the top of the page, there is a new AMP carousel filled with important headlines and stories of the day. Users can browse up to 14 headlines there quickly, and click any article to jump into the viewer, which is optimized for fast-loading AMP articles. In the viewer, people can also swipe to continue reading other stories from the carousel. Within the regular News stream, AMPlified articles are labelled with the AMP lightning bolt icon. That way, users can know these will be fast even before they click. 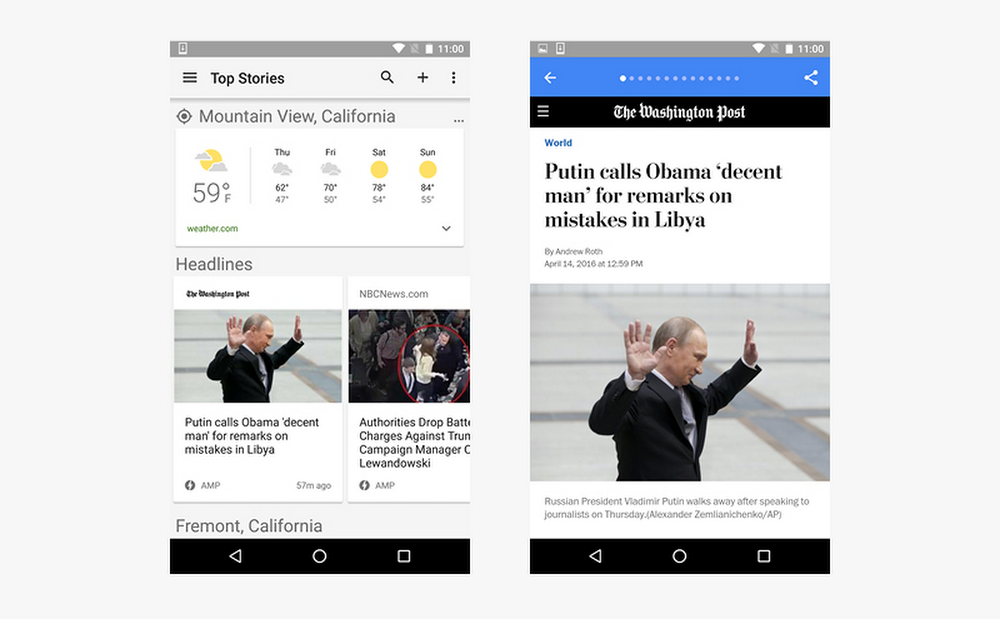 Our tests have shown that AMP documents load an average of four times faster and use 10 times less data than the equivalent non-amp’ed result. In many cases these stories will load instantly. That adds up to a win for publishers and users. While we can’t expand the amount of time in the day, with AMP we can help users consume more content in the time they do have. It is also great for publishers because people will read more and click on more stories when they know they will load fast, driving more traffic to a publisher’s site.

We’re starting AMPlification with our English U.S. Edition — more languages and editions will be rolling out soon.