Get polling place and ballot information quickly and easily

Voting matters — and history proves it. In 1839, the Massachusetts gubernatorial election was decided by just two votes out of 102,066. The same was the case in a 1974 New Hampshire Senate race — out of 233,363 votes, only two made the difference. And in 2008, an Alaskan State House race was decided by a single vote.

With Election Day just 25 days away, it’s time to make your vote count. Throughout the summer, we’ve helped voters find information about how to register and how to vote, in both English and Spanish. Now, as you prepare to head to the polls, we want to make sure you know where to vote and who’s on your ballot when you get there.

From President and Vice President, to Congressperson and County Commissioner, a simple search for “who’s on my ballot” will help you find info on the candidates, as well as detailed information on your state’s referenda. You can tap on a candidate’s name from your ballot to find information about them, including their party and website. 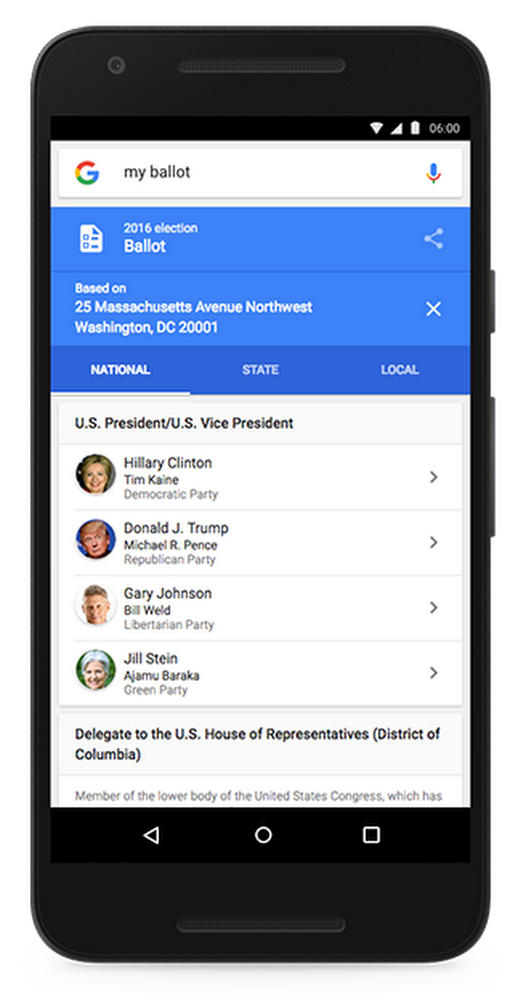 The final step: showing up! With various polling places popping up across your hometown, we want to make sure you find the info you need from state to state. Starting today and as we continue to add data from each state over the next couple of weeks, whether you’re planning to vote early or in person on November 8, just search “where to vote” and Google will display a polling place location finder as well as voting ID requirements. 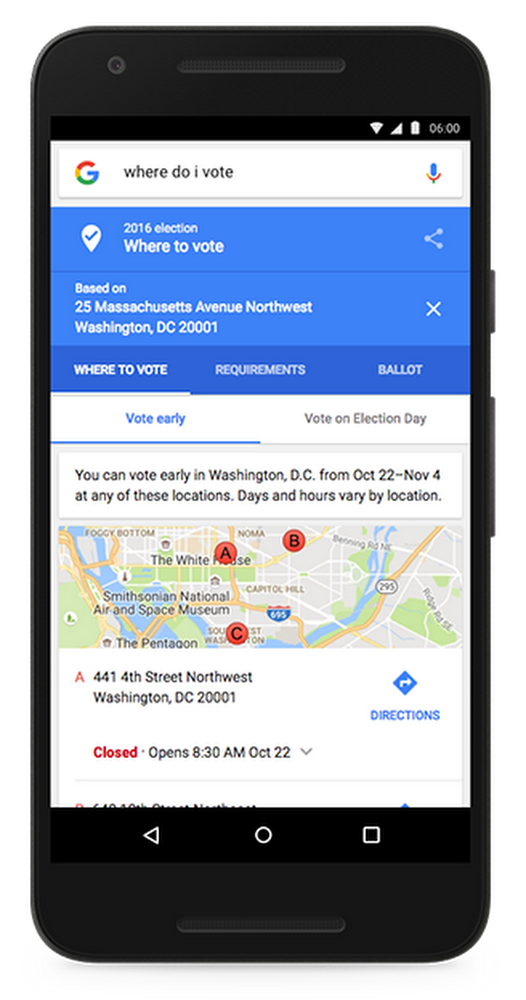 While people can find this crucial information right in Google Search, we’re also opening this data up to other organizations for free. From technology companies like Uber, Twitter, Expedia and Hotels.com to nonprofits like Pew Charitable Trusts’ The Voting Information Project, and Democracy Works’ TurboVote Challenge, organizations of all shapes and sizes can use our products and the Google Civic Information API to create tools that get this information into the hands of as many voters possible.

We hope these features will help you get the information you need, when you need it. Your vote matters, so make it count.
POSTED IN: