This year’s big game was filled with action—brothers battled on the field and a 34-minute-long power outage nearly turned the tide of the game. With all the excitement on the field, we looked online to see what fans across the U.S. were searching for during the game.

Overall, the top trending searches on Google during the game were:

Other noteworthy trending searches include those about the power outage, which started trending mid-game and ended up ranking eighth out of the most-searched terms during game time. Searches for Beyonce spiked dramatically during her halftime show. And showing that ads drive consumer interest, searches for Chrysler spiked significantly after their fourth quarter commercial. 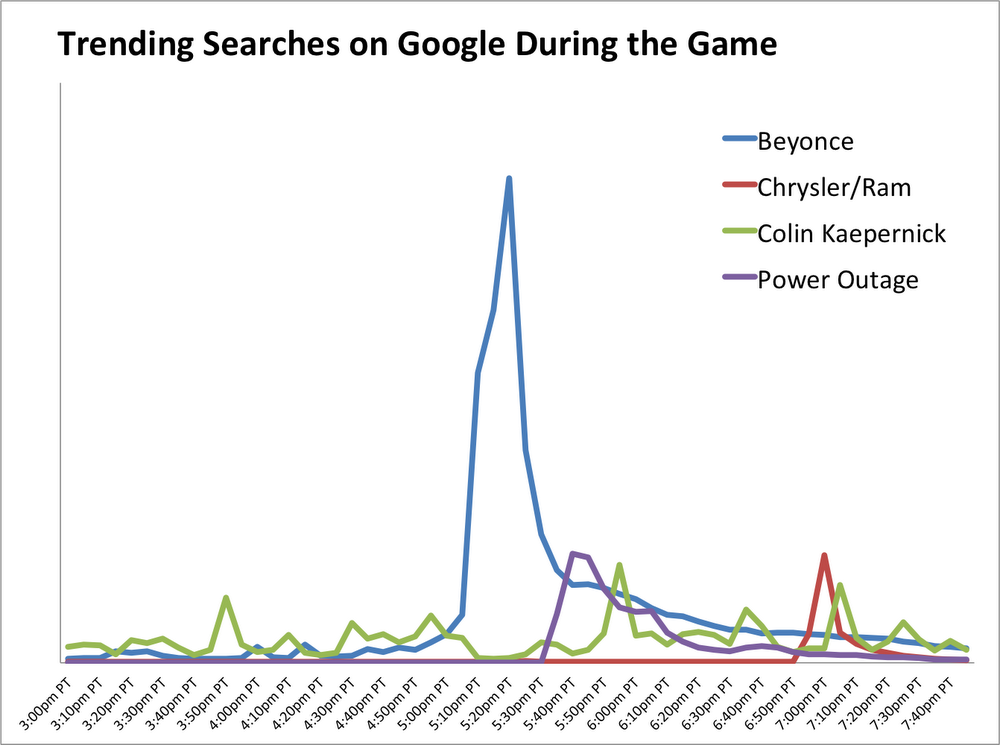 The most searched team: The Ravens

As they did in the game, the Ravens narrowly beat out the 49ers as the most searched team during the game on Google. The most searched players of the game were Colin Kaepernick, Joe Flacco, Michael Oher, David Akers and Jacoby Jones—thanks to his 108-yard kickoff return.

The Harbaugh brothers’ on-field battle has been one of the big stories of the game, so it’s no surprise that viewers took to the web to find more information on these coaches. While John Harbaugh took home the trophy, Jim was the most searched brother on Google.

Lastly, it’s not game day without the commercials. Fans were seeking out commercials online throughout the game, driving searches for big game ads on Google 55 times higher this Sunday than the same time last week. The most searched for commercials on YouTube were ads from M&M’s, Mercedes-Benz, Disney’s “Oz Great and Powerful,” Lincoln, and Audi. Searches for "Gangnam Style" were also trending on YouTube, along with searches for big game performers Alicia Keys and Beyonce.

This year many advertisers turned to YouTube to share game day ads and teaser videos in the weeks leading up to the game. In 2013, big game ads or ad teasers were watched more than 66 million times on YouTube before game day. 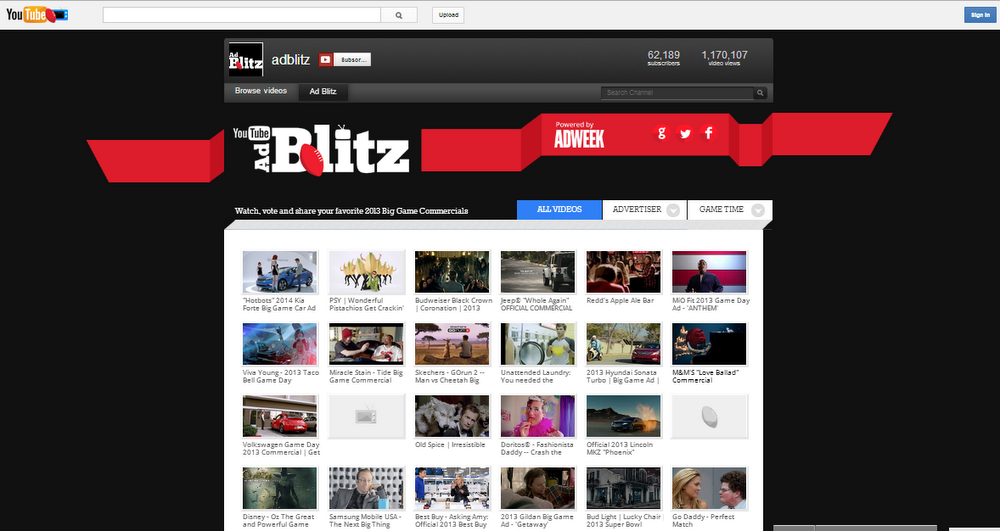 Now that you’ve seen all the ads, vote for your favorite one on either the YouTube Ad Blitz channel or ADWEEK.com now through February 11. The winners of the Ad Blitz will be announced on the YouTube homepage on February 16.

Will you be Monday-morning quarterbacking the game or the ads?