If you’ve ever searched Google for the lyrics to Don McLean’s “American Pie,” this was your lucky week. The manuscript of the classic song sold for $1.2 million this week, prompting its writer to speak publicly for the first time ever about what it all meant—giving searchers some new answers. There was plenty else to search for this week, though, with drama taking place on the diamond, in the courtroom, and on TV screens.

Take me out to the ballgame

When one door closes, another opens. The same could be said of sporting seasons. March Madness came to a nail-biting close on Monday with a Duke victory over Wisconsin, and on Tuesday UConn took their third win in a row in the women’s tournament. But while the Blue Devils and Huskies were celebrating, the focus shifted to Major League Baseball, which kicked off its new season on Sunday. As bats cracked across the country, people searched for their favorite teams, players, and game schedules. 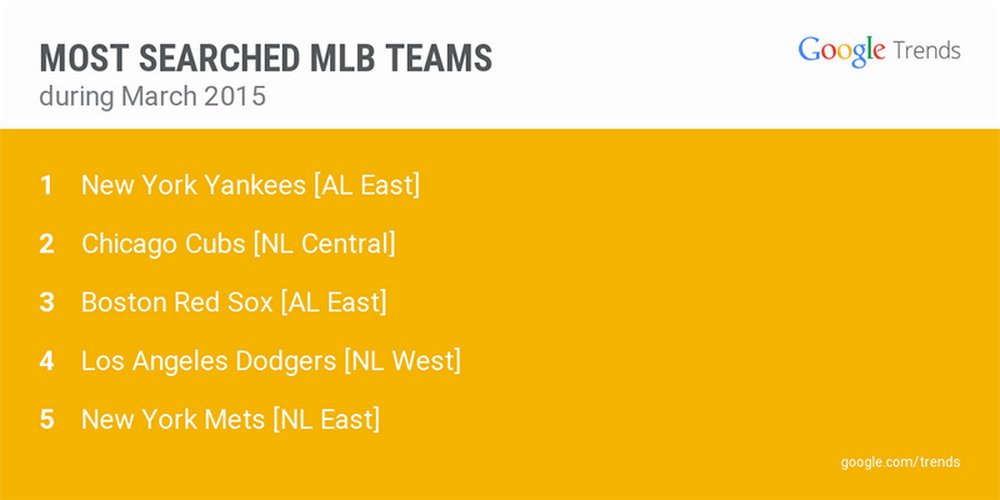 If baseball’s not for you, maybe the grass is greener on the golf course? This year’s Masters Golf Tournament is now in full swing in Augusta, Ga. There were more than a million searches for the “tradition unlike any other” on Wednesday alone—and search interest in [hole in one] increased by more than 1,000 percent after six-time Masters champ Jack Nicklaus scored an ace at the tournament’s par-3 contest.

A white police officer in South Carolina was charged with the murder of an unarmed 50-year old black man this week. The officer, Michael T. Slager, claimed that he fired at Walter Scott because he feared for his safety, but a bystander’s video of the shooting showed Slager fire eight shots at Scott’s back as the man ran away. The video reignited debates about the use of lethal force by police, particularly against black men—a topic that has been in the news for months following the deaths of Michael Brown in Ferguson, Mo., and Eric Garner in New York. Search interest in police brutality increased by 150 percent, and there were more than half a million searches for Walter Scott as people turned to the web to ask questions about how and why the event unfolded: 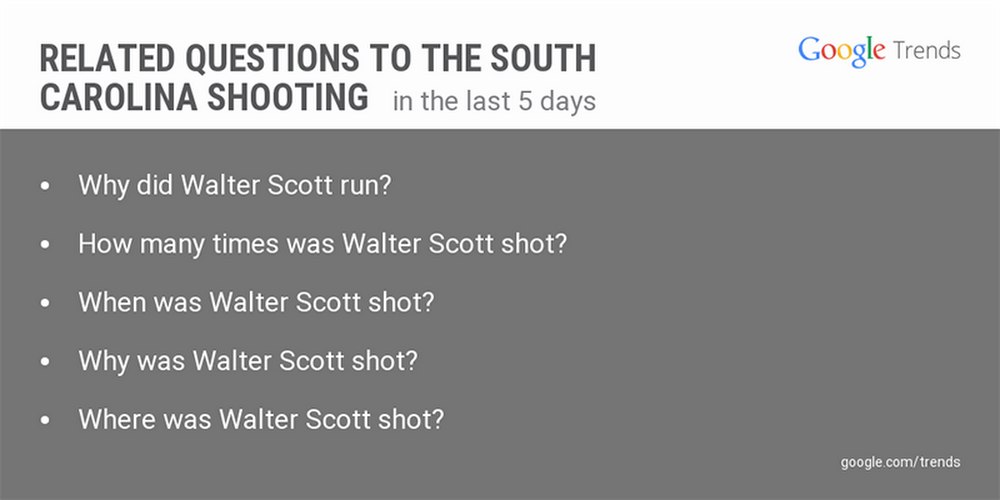 On Wednesday, a jury found Dzhokhar Tsarnaev guilty on all 30 charges for his role in the 2013 Boston Marathon bombings. People turned to search to learn more about the trial and what’s next for Tsarnaev, who could face the death penalty. Between the trial and the upcoming 2015 Boston Marathon, it’s no surprise the term “Boston Strong” is trending on search as well.

It was a good week for TV fans. On Sunday, “Mad Men” returned for its final season, bringing people to search for the show’s history, cast and more. Then, on Tuesday, cord cutters rejoiced—and searched—when HBO introduced its long-awaited standalone streaming app HBO Now just in time for the fifth season of “Game of Thrones.” Plus, trailers dropped for the upcoming seasons of both “True Detective” and “Orange is the New Black.” And finally, when news broke that David Lynch won’t be part of Showtime’s “Twin Peaks” reboot, the cast protested with a video campaign that just happened to overlap with the 25th anniversary of the show’s premiere. Whew. Now you just have to find time to watch all that. 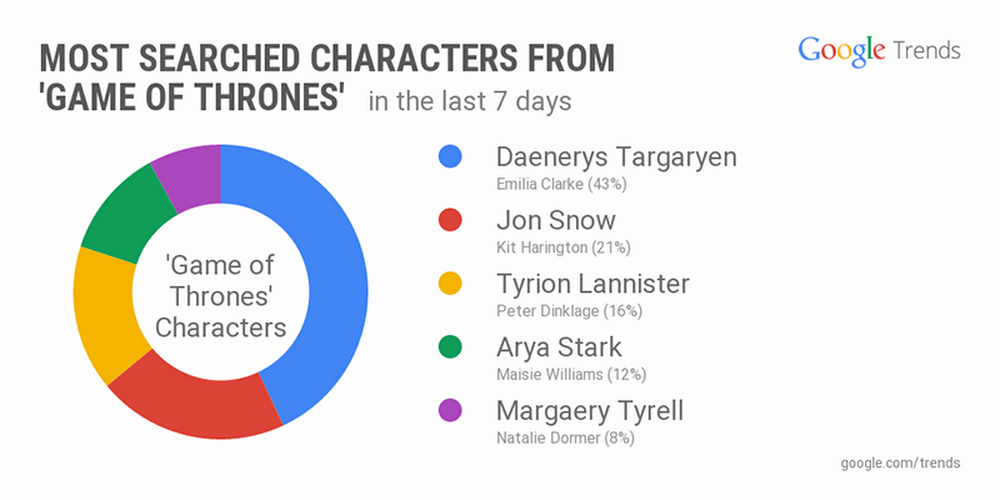 “Ok Google, when do the Nationals play?” Stay up to date with upcoming games and scores for all your favorite teams this baseball season with the Google app.