Based on search, it seems like a lot of you spent the last seven days slurping ice cream cones, jamming to pop parodies and starting the countdown to a certain February flick. Could be worse. Here’s a look at what people were searching for last week: 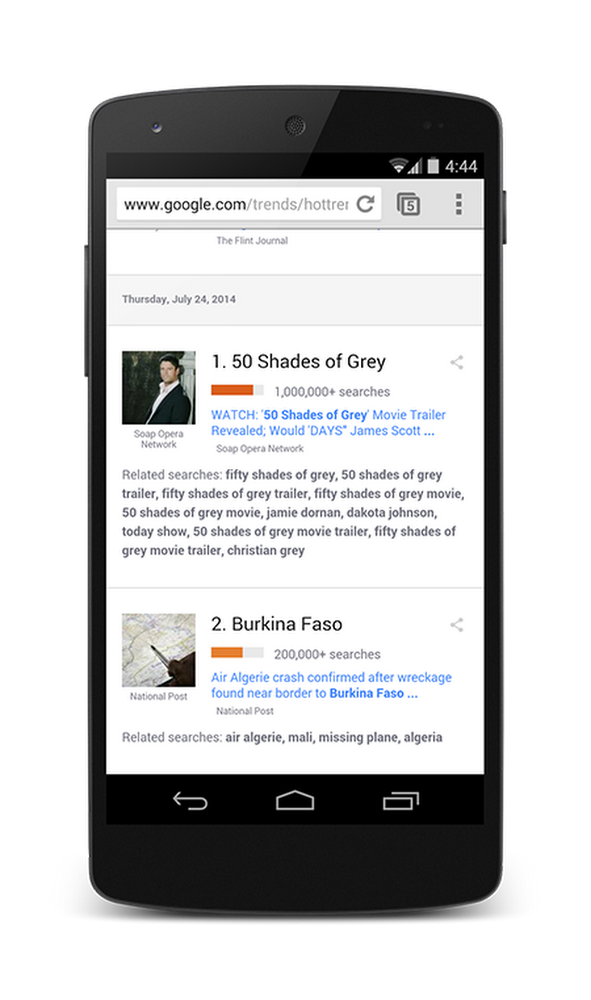 Searchers were “Crazy in Love” with the new trailer for Fifty Shades of Grey, set to a special Beyonce recording of her 2003 hit. There were more than a million searches this week for the ….ahem… hotly anticipated movie, which comes out next Valentine’s Day. In addition to the trailer, people were also looking for information on stars [jamie dornan] and [dakota johnson]. Beyonce was in the spotlight for other reasons too, following rumors that her marriage to Jay-Z was on the rocks.

After three decades in the biz, Weird Al has finally made his way into the Billboard No. 1 spot with his latest album, “Mandatory Fun.” Though his shtick hasn’t changed, when it comes to promoting his parodies, the artist has adapted to the Internet era, releasing eight new videos in as many days to generate buzz—and more search volume than at any other point in the past five years. As an editor, of course, I’m partial to “Word Crimes” (which has more than 10 million views on YouTube), but it’s just one of the many “breakout” titles searchers are looking for, along with [tacky], [foil] and [first world problems].

In other musical news, Adam Levine’s bride [behati prinsloo] was trending this week after the two got married in Cabo San Lucas. And another Mexico wedding had people searching for information on [ryan dorsey], the new husband (after a surprise ceremony) of Glee star Naya Rivera.

A national fruit recall at stores like Costco and Whole Foods led people to the web to learn more about [listeria]. For many, the possible contamination may have been an extra incentive to celebrate several less than healthful food holidays: Last Sunday (or should we say sundae?) marked National Ice Cream Day, and people were searching for their favorite flavor. National Hot Dog Day took place just a few days later, though sausage searches paled in comparison. And just in case all that junk food made you thirsty, yesterday’s National Tequila Day had searchers looking for the perfect margarita recipe. 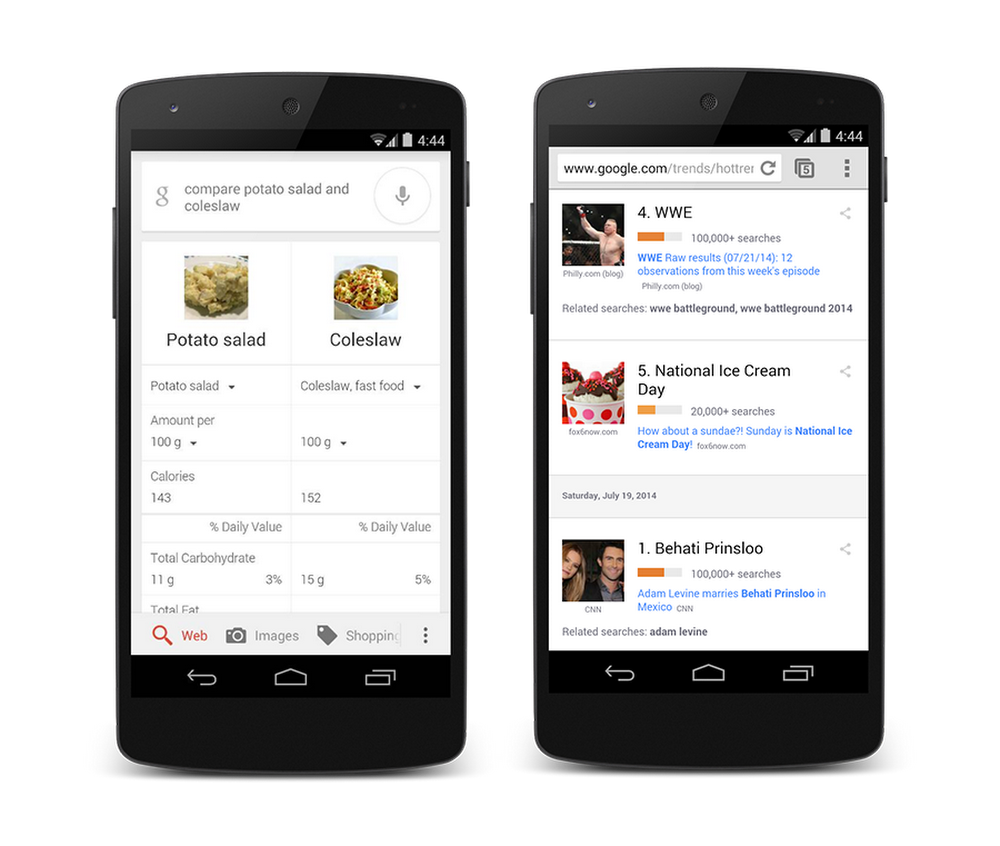 Overindulged on ice cream last weekend? It’s easy to get back on the healthy eating train with a quick search. Just ask Google “how many calories in hummus?” or “compare coleslaw and potato salad” to get nutrition info on your favorite summer foods.