Jaywalking pedestrians. Cars lurching out of hidden driveways. Double-parked delivery trucks blocking your lane and your view. At a busy time of day, a typical city street can leave even experienced drivers sweaty-palmed and irritable. We all dream of a world in which city centers are freed of congestion from cars circling for parking (PDF) and have fewer intersections made dangerous by distracted drivers. That’s why over the last year we’ve shifted the focus of the Google self-driving car project onto mastering city street driving. 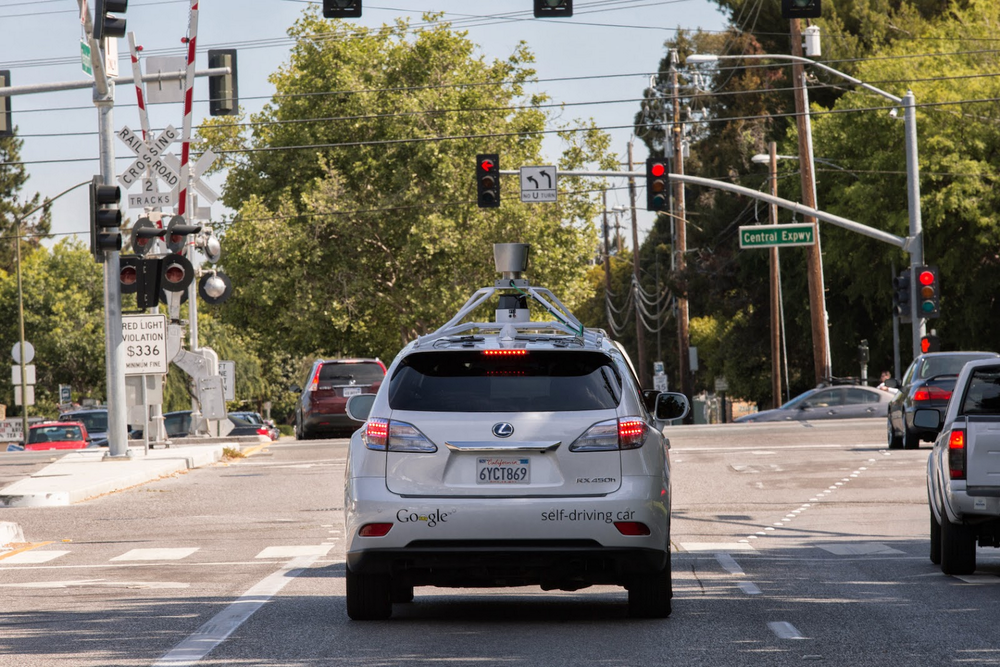 Since our last update, we’ve logged thousands of miles on the streets of our hometown of Mountain View, Calif. A mile of city driving is much more complex than a mile of freeway driving, with hundreds of different objects moving according to different rules of the road in a small area. We’ve improved our software so it can detect hundreds of distinct objects simultaneously—pedestrians, buses, a stop sign held up by a crossing guard, or a cyclist making gestures that indicate a possible turn. A self-driving vehicle can pay attention to all of these things in a way that a human physically can’t—and it never gets tired or distracted.

Here’s a video showing how our vehicle navigates some common scenarios near the Googleplex:

As it turns out, what looks chaotic and random on a city street to the human eye is actually fairly predictable to a computer. As we’ve encountered thousands of different situations, we’ve built software models of what to expect, from the likely (a car stopping at a red light) to the unlikely (blowing through it). We still have lots of problems to solve, including teaching the car to drive more streets in Mountain View before we tackle another town, but thousands of situations on city streets that would have stumped us two years ago can now be navigated autonomously.

Our vehicles have now logged nearly 700,000 autonomous miles, and with every passing mile we’re growing more optimistic that we’re heading toward an achievable goal—a vehicle that operates fully without human intervention.