Editor’s Note: The She Word is a Keyword series all about dynamic and creative women at Google. Most of us use emoji to communicate on a daily basis, but there’s only one day a year to celebrate those delightful little characters. Today is World Emoji Day, so we sat down with Jennifer Daniel—who heads up design for Google’s emoji. Among other slightly more serious things, we chatted about her favorite emoji, how emoji communication compares to the era of Shakespeare and why the female influences in her life rule all. 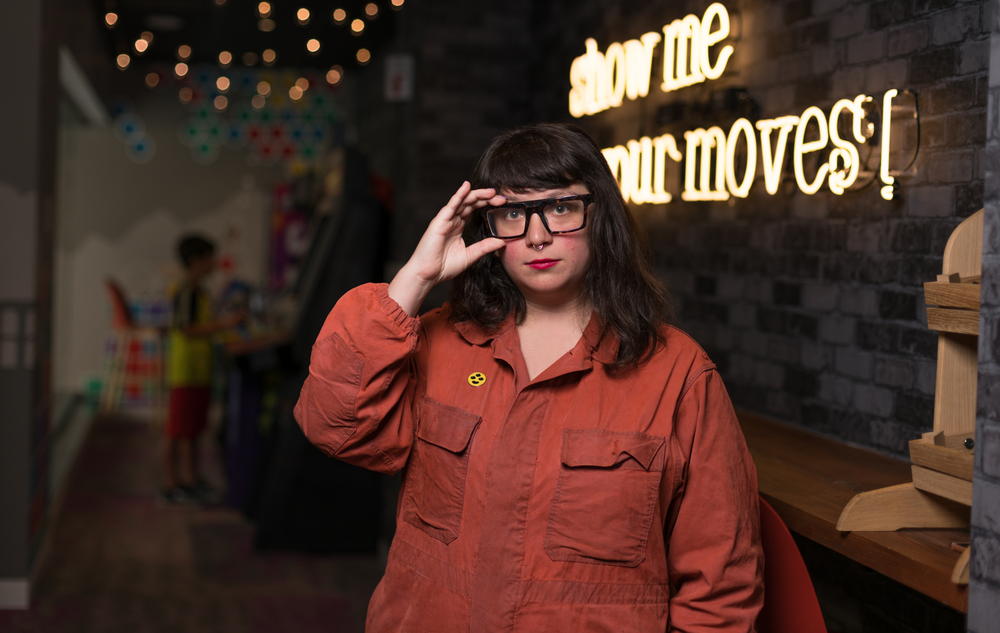 How do you explain your job at a dinner party?
I tell people I work on emoji, those tiny smiley faces that are on your phone. And the response is usually, “Really? That’s a job?”

It is a job, although the majority of my time is spent managing the art team within the “Expressions” group, which creates gifs, camera effects, stickers and other fun experiences for Gboard, Android Messages and Pixel.

What’s one habit that makes you successful?
Focus on finding good people to work with. Success follows people who work well together.

What advice do you have for women starting out in their careers?
Just be you. As women, we’re told over and over again to lean in, but that frequently puts us in positions that are structurally unsuited and hostile. This touches on every part of the job, even seemingly trivial things like tone in emails.

Research has shown that women don’t use emoji professionally or aren’t friendly in emails, because they’re taken less seriously if they do. I understand and also reject it … our humanity is essential to effective communication. Don't use enough emoji and you're seen as hostile. Use too many and you're seen as unprofessional. It's a lose lose. So, forget it. Just be yourself. 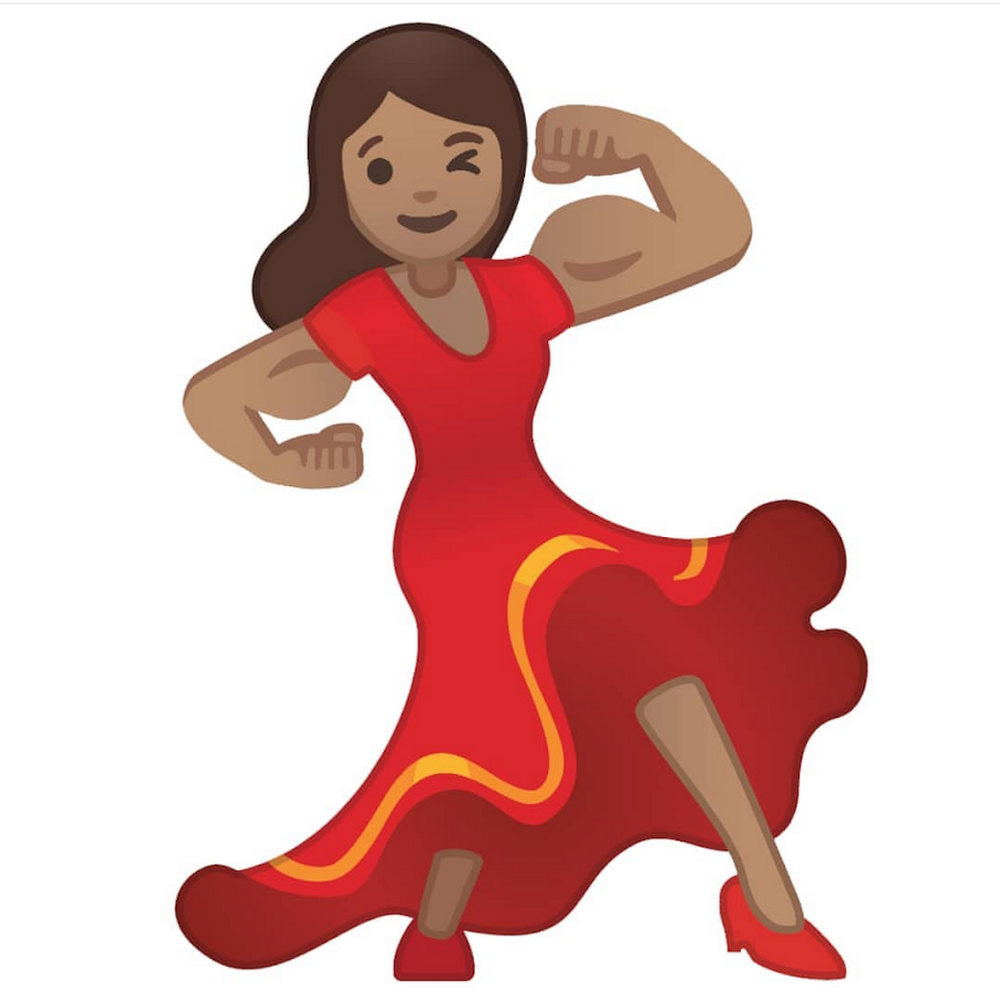 One of Jennifer's illustrations of the dancer emoji.

Who has been a strong female influence in your life?
In the industries I work in, there’s a lack of women in what my friends and I call the “just-ahead-of-me group.” So, I’d say my peers are the strongest influences in my life. The artists, writers and designers I’ve met along the way are incredibly motivating and inspiring. And, for those moments where things feel highly discouraging, well, I hope everyone has friends who pump them up like mine do, because it rules.

What’s your most-used emoji?
Lately instead of using the standard smiley 😀 (which is the 10th most popular emoji by the way … the most popular is ), I’ve been using the cowboy 🤠. I recently retired the party popper 🎉 for the saxophone 🎷. Everytime I use it, I can faintly hear Lisa Simpson...

Hey, I’m asking the questions!
I just mean … the way we communicate is a reflection of the time period we’re in. And we live in an era were we communicate more with the written word than ever before. Language has existed for at least 80,000 years but it first arose as speech. If humanity existed for 24 hours, let’s say writing only came around 11:07 p.m. So first there was speech, then writing, and now, we have emoji.

Some expressions are better suited for images than they are with text. I can’t tell you what 🐒🐒🎷🐬translates into words exactly, but damned if it isn’t the perfect response when a friend texts me that our plans are on for tonight. Emoji become inside jokes, slang, memes. Like language, it’s fluid. We all intuitively know when to call someone versus suggest a video chat, when to write an email or send them a text. It’s important to know who you’re speaking to and the best way to connect with them.

How did you first discover your interest in design?
Hard to say. It could be when I realized my drawings could make my classmates laugh. I was in second grade and I had just moved from the East Coast to the Midwest and it was the first time I really remember feeling heard. I truly connected with people in a way I hadn’t previously.

You have three-year old twins! What have they taught you about achieving balance in your life?
Work-life balance is when everyone wants your attention at the same time (ha, sort of kidding). At times my personal life is the most important thing and other times I need to be very focused on work. This balance, which is more of a dance, allows room for things to happen even when you least expect it, like when I get a call from the daycare and I have to drop everything to attend to … let’s just say, a pile of 💩. I’ve learned over time that you can’t be prepared for everything and that’s perfectly okay.

Just another day at the office.

How do you ensure that everyone is represented in emoji?
We do our best to surround ourselves with experts and ask a lot of questions. Designing emoji (and stickers, and gifs and camera effects) for a global audience requires a certain level of humility and curiosity about the world.

And how does that work from a design perspective?
As a principle, we want to create images that are iconic and timeless. Stylistically, the more abstract an emoji is, the more you can project yourself onto it. On the flip side, the more detail a drawing has, the more people fixate on how real or accurate it is. Taking detail away from an emoji can offer more opportunity for interpretation and personality, making emoji an extension of your own. I prefer to think of Google’s emoji like words—keep them as abstract as possible.

What’s next for your team?
This week we’re releasing a series of animated stickers in Gboard and Messages that bring back our favorite blob emoji. And every month we launch more stickers and GIF effects in Gboard. I love seeing what people make, so please share your creations!