“What if smartphones were smarter and simpler?” That's the question we asked ourselves last year, and what we set out to answer when we launched our first Pixel phone made by Google. With Pixel, we set out to make the smartphone experience better and bring the best of Google to the most important device in your life. So we created the world’s best smartphone camera and the first phone with the Google Assistant. But we didn’t stop there.

Today, along with a new family of hardware products, we’re introducing Google Pixel 2. We want you to be able to ask even more from your phone—so we're giving you the highest-rated camera ever that helps you take great pictures and interact with the world around you, all-day battery life, and an Assistant that understands you better and helps you get more done.

Pixel 2 is loaded with great features. Let me take you through a few of our favorites.

Taking great photos and videos is one of the things you do most with your phone, so we set out to deliver the best photography experience. You get stunningly crisp, clear, and detailed photos in any light. You can also take high-quality portrait shots with the perfect background blurs, from both the front and back camera. New motion photos capture a few seconds of video around the shot so you can relive the moment around the picture. The Pixel 2 camera is powered by our computational photography and machine learning (ML) capabilities which make all these great features easy, fun and fast for you to use. 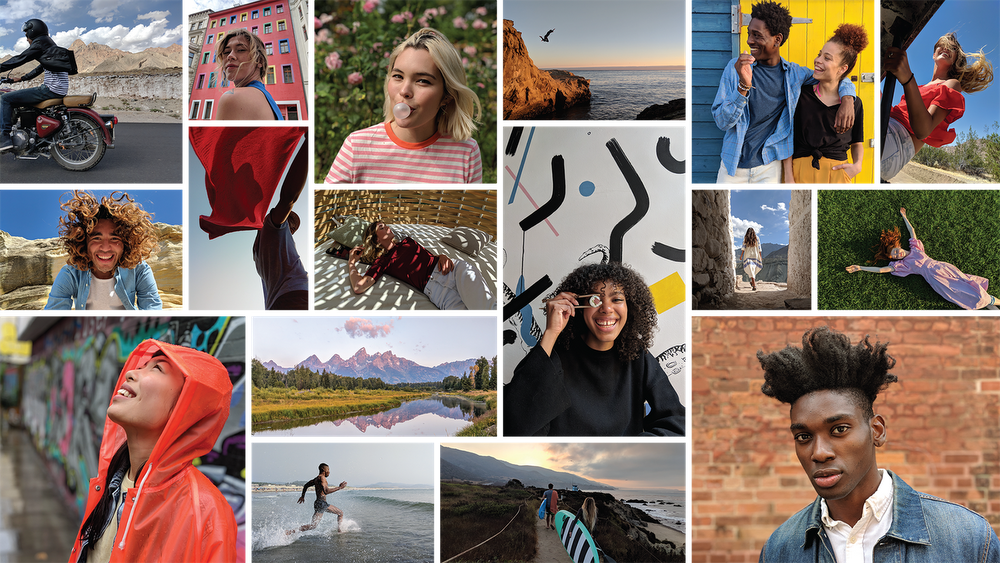 We’ve made video capture better too by combining both optical and electronic video stabilization to give you remarkably smooth video, even when you’re on the move. All of these great features mean you can take the best photos and videos with Pixel 2. And don’t just take our word for it—independent camera experts DxOMark have rated the Pixel 2 camera as the best camera of any smartphone, with an unprecedented score of 98. To top it off, we’re once again providing free unlimited storage for all of the photos and videos taken on your Pixel.

Your camera will also keep getting better over time. As just one example, coming soon and exclusive to Pixel, you’ll be able to play with Augmented Reality (AR) Stickers, so you can add playful emojis and virtual characters to your photos and videos and set the scene for your very own stories.

Search what you see

Pixel 2 owners will also get an exclusive preview of Google Lens—a new set of visual smarts that help you learn more about the world around you and get things done. Lens builds on Google’s advancements in computer vision and ML, combined with our Knowledge Graph which underpins Google Search. From day one, on your Pixel 2, you’ll be able to look up landmarks, books, music albums, movies and artwork by clicking on the Lens icon in Google Photos. You can also use Google Lens to copy URLs and contact info from a picture of a poster or business card. We’ll add capabilities on an ongoing basis, including the use of Lens in the Google Assistant.

The Google Assistant, more helpful for you

The Google Assistant makes many tasks—from sending a text or making a call, to finding an answer—faster, easier and hands-free. You won’t need to edit the text messages you dictate as often as you do with other assistants. With Pixel 2, you can access your Google Assistant with a new feature called Active Edge. Just give the phone a quick squeeze—even when it’s in a case—and ask the Assistant for what you need.

Your Assistant now helps you manage more settings and apps on your phone. You can say “turn on do not disturb” on your way into the theater, instead of navigating settings, and soon you’ll be able to book concert tickets or buy flowers. You can control your music, your smart home devices and find answers to pretty much anything.

In the coming weeks, your Assistant on Pixel will also be able to help with your daily routines, just by using one simple phrase. For example, when you go to bed at night, with a simple “good night” your Assistant can silence your phone, turn off the lights, set your alarm and more. There are also routines coming to Pixel for the morning, your commute, when you get home, etc. So the Google Assistant on Pixel not only understands you better but can also be more personal to you, helping you get more done at any time.

We’ve all been caught with a dead battery, so we made sure the Pixel 2 has a battery that lasts all day.* And if you ever need a quick boost, 15 minutes of charging gives you up to seven hours of usage. It’s also water and dust resistant to the IP67 standard and comes with important security features baked in. With monthly security updates from Google, your Pixel will always have the most advanced security precautions built in—no more worrying about updating or upgrading.

We’re also making it easy to switch to Pixel. Most people will be able to copy their contacts, apps, messages, photos, and even their iMessages from their old phones to Pixel in 10 minutes or less. It’s fast and painless.

Just give me the deets, already

Pixel 2 comes in two sizes, with the same great features in both. There’s the 5-inch Pixel 2 with a crystal-clear cinematic OLED display, which comes in Just Black, Clearly White and Kinda Blue. The 6-inch Pixel 2 XL has a razor-sharp pOLED 18:9 display which allows us to create a full screen, immersive viewing experience, and comes in Just Black and Black & White.

Both phones are powered by Android 8.0 Oreo and come with an always-on display which lets you see notifications at a glance on Pixel’s screen without having to touch the power button. The new Now Playing feature, exclusive to Pixel, shows you what song is playing around you. With your permission it matches music to a database of thousands of songs that’s stored on your device, without sending any information to Google.

Alongside Pixel we’re launching new cases and accessories. That includes our customizable Google Live Cases, and a range of other cases, cables, headphones and more from over 25 partners in our “made for Google” program. The "made for" products will feature a badge on the packaging so you know they've been certified to meet Google's compatibility standards.

Pixel 2 and Pixel 2 XL are available for pre-order today starting at $649 in the U.S. Both products are also available in Australia, Canada, Germany, India and U.K. We’ll be bringing Pixel 2 XL to Italy, Singapore and Spain later this year. In the U.S., we’re teaming up with Verizon to make Pixel available nationwide at all Verizon retail outlets as well as at Best Buy stores. Pixel is also being offered on the Google Store. And Project Fi fans will be happy to know that Pixel also works on the Fi network.

There's so much more to Pixel 2, but I'm sure I've already taken up my word count. Visit google.com/phones to find out more.

*Based on use of the included charger and a mix of talk, data, and standby use with always on display off.  Actual results may vary, see website for details.

**Best smartphone camera claim is accurate as of the date this post was published, and is subject to change.