Transparency Report: What it takes for governments to access personal information

Today we’re releasing new data for the Transparency Report, showing that the steady increase in government requests for our users’ data continued in the second half of 2012, as usage of our services continued to grow. We’ve shared figures like this since 2010 because it’s important for people to understand how government actions affect them.

We’re always looking for ways to make the report even more informative. So for the first time we’re now including a breakdown of the kinds of legal process that government entities in the U.S. use when compelling communications and technology companies to hand over user data. From July through December 2012: 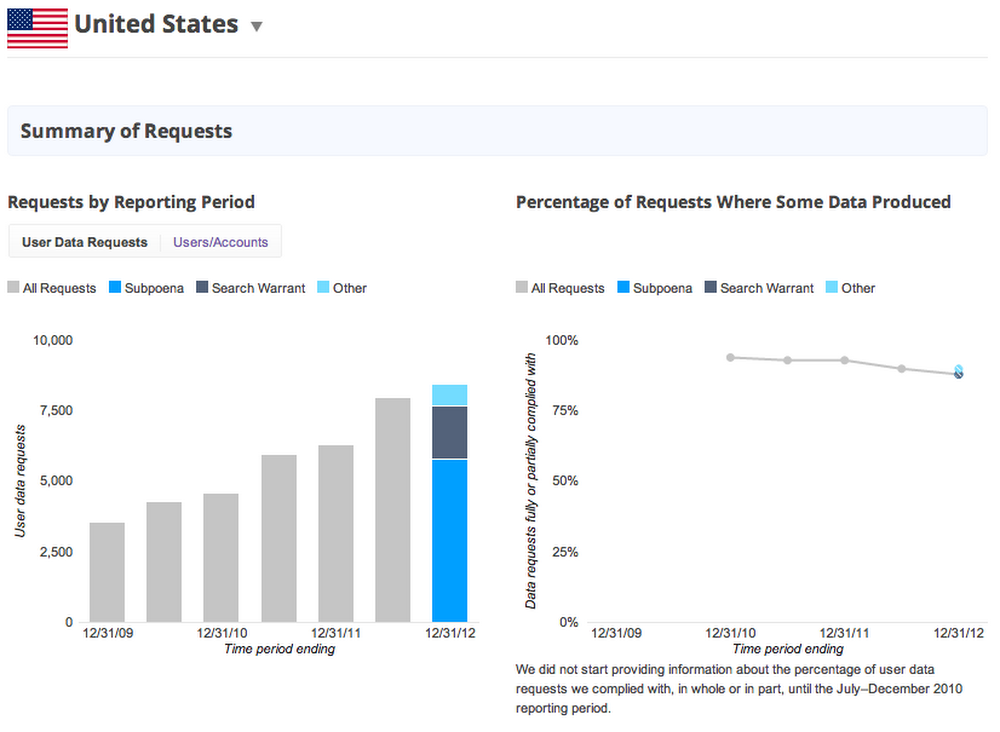 User data requests of all kinds have increased by more than 70 percent since 2009, as you can see in our new visualizations of overall trends. In total, we received 21,389 requests for information about 33,634 users from July through December 2012.

We’ll keep looking for more ways to inform you about government requests and how we handle them. We hope more companies and governments themselves join us in this effort by releasing similar kinds of data.

One last thing: You may have noticed that the latest Transparency Report doesn’t include new data on content removals. That’s because we’ve decided to release those numbers separately going forward. Stay tuned for that data.