It’s time for another update to our Stadia Savepoint series, recapping the new games, features and updates on Stadia.

In addition, Stadia Pro subscribers enjoyed new games like the action-platformer Blue Fire or jumped into titles like The Legend of Heroes: Trails of Cold Steel III, Chronos: Before the Ashes and MotoGP™20. Claiming these titles within the growing Pro library of 20+ games makes them easy to play instantly, as long as you’re a Pro subscriber. Plus, Stadia Pro offered free play weekends in PGA TOUR 2K21 and Borderlands 3, the latter of which now supports cross-play so you can party up and fight your way across Pandora.

A new promotion with AT&T gives US players six free months of Stadia Pro when they pick up a qualifying AT&T Fiber plan or 5G smartphone on an eligible AT&T unlimited wireless plan. For a limited time, AT&T customers who redeem this offer can purchase a Stadia Premiere Edition for 80% off at only $19.99 USD, while supplies last. More details here. 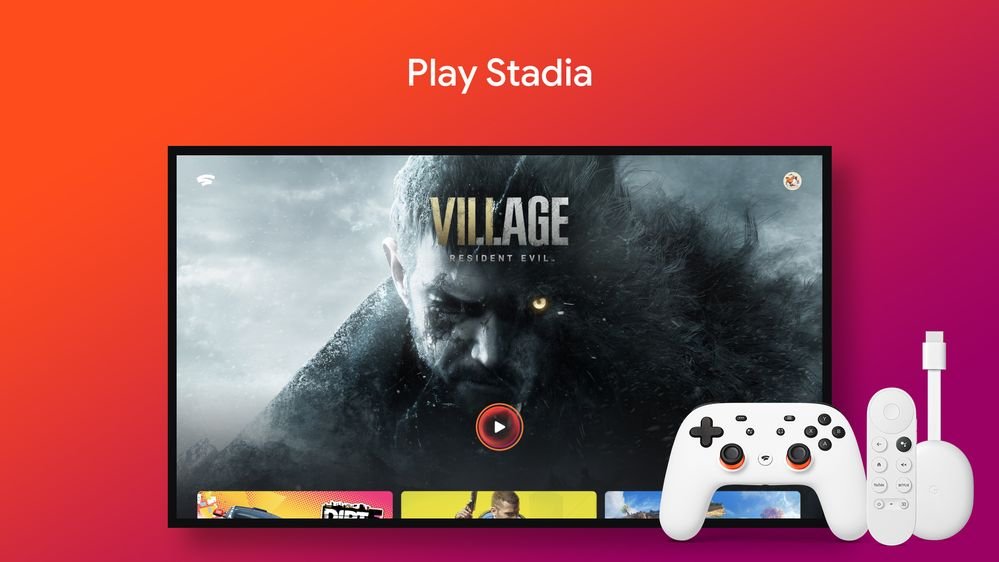 On June 23, we launched the first version of Stadia on Chromecast with Google TV and other officially supported Android TV OS devices. For all other Android TV OS devices, players can opt into experimental support to play Stadia. (See more details on our support page.)

Stadia has left the experimental stage on iOS and now features the ability to optimize and adjust resolution within the Progressive Web App.

Stadia support for Chrome on Android

Play games on Stadia using Chrome on Android, with access to your profiles, gameplay captures and the Stadia store.

Sign-in with up to four Stadia profiles for gameplay on a single screen with support for local multiplayer. Currently supported in Olympic Games Tokyo 2020: The Official Video Game.