Eden Hagos grew up in Windsor, Ontario, Canada in a family of East African food entrepreneurs. Her parents ran a restaurant, among other food businesses, and her grandmother sold injera (a sour fermented flatbread). When she moved to Toronto to attend university, Eden “wanted to fit in,” leaving her East African diet and traditions — such as using injera, instead of utensils, to scoop fragrantly spiced dishes — behind.

However, when Eden experienced racism from restaurant staff while dining out for her 26th birthday, her worldview changed forever. “Being denied respect because of my skin color made me ask myself why I had never considered celebrating special occasions at an African or Caribbean restaurant,” Eden recalls. “Why didn’t I cook my cultural foods? I knew then that I wanted to change the way I looked at food.”

Eden traveled the world, attending food festivals and interviewing chefs about Black food and culture. She discovered a gap in the food industry and set out to build a digital community around Black cuisine. In 2015, she launched the BLACK FOODIE website and social media accounts, bringing together chefs, restaurateurs, and other experts and influencers to celebrate what it means to be Black in the kitchen.

The BLACK FOODIE community on Instagram and Facebook began to grow. As the content got cooking, Eden realized her audience was expanding as well. Two years after she started the community, the BLACK FOODIE team blossomed into a group of three with the addition of Elle Asiedu, Chief Brand Architect, and Kema Joseph, who supports the brand's PR strategy. The team developed BLACK FOODIE into a cross-channel brand with its website at the center — sharing recipes, stories, restaurant recommendations and food travel guides. 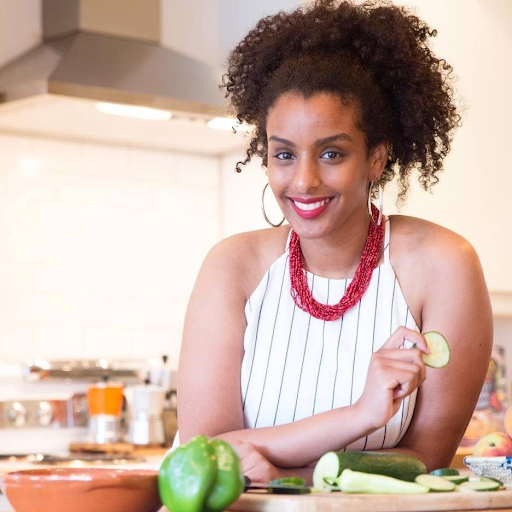 Today, BLACK FOODIE’s web presence brings 230,000 followers to the table and the conversation. They’ve attracted business partnerships and media attention, and hosted events such as BLACK FOODIE Week in Toronto in support of Black-owned businesses.

"There are so many content opportunities for us to tell unique stories across different platforms,” says Elle. “We want to include the different voices and perspectives of the diaspora to truly help our audience and food lovers around the world understand the diversity of Black food culture."

Community is at the heart of all BLACK FOODIE is and does. Eden and Elle sat down with us to share a few tips on how they built the BLACK FOODIE digital community.

Video is a great format for recipes, Eden says, because people want to see how the dishes are made. BLACK FOODIE shares short videos on Instagram and even shorter videos on TikTok. They post longer stories and written recipes on the BLACK FOODIE website. “People can do a deeper dive on our website,” Eden says. “Our website allows us to have a broader base to include folks who aren’t on social media. If you’re going to type a search into Google, we want to have robust content on the website so you can find us. We reformat and repackage our content so nobody gets left out.” 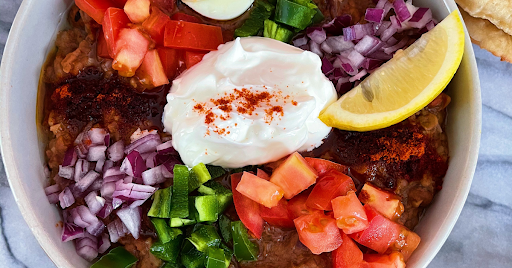 Eden shares her recipe for Ethiopian-style ful, a popular and colorful protein-packed stew.

It’s obvious from social media that people love to look at, post photos of, and talk about food. BLACK FOODIE has found that audiences especially engage with content related to foods from their childhood. When a Toronto-based stand-up comedian posted about craving banana bread during the pandemic, for example, BLACK FOODIE was quick to repost. Another conversation-starter was a post on the great oat milk debate, as readers chimed in on their preferences for a non-dairy alternative. “We pin fun posts where people are commenting between themselves, so it has a chat room feel,” says Eden.

Open the door to everyone

Following the global social justice protests that took place throughout summer 2020, more people are seeking out the BLACK FOODIE platform as a common meeting place. “People are more interested in finding out about the Black experience to understand what’s happening and why it’s happening,” Elle notes. “We’ve seen a spike in followers who are not part of the Black community interacting with our posts and asking and answering questions. This sense of openness underscores the opportunity for food to be a gateway for social commentary and, in a lot of ways, justice. We try to keep our content light and engaging so folks feel like they can always join in and leave having learned something new.” 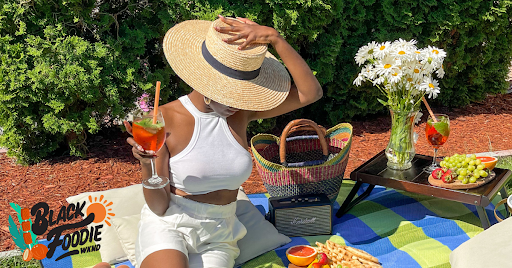 BLACK FOODIE blogged on how to create a beautiful backyard picnic — a simple, outdoor activity for pandemic-weary people that appealed to a wide audience.

Want more advice on how to build your web community? Watch Eden and Elle share “3 tips for building your digital community.” And check out more of their Creator Insights videos on the Google Web Creators YouTube channel.