Morgan Pitts built a community from a tweet and T-shirt

Morgan Pitts has always had an eye for style. While studying marketing at the University of Maryland, many of Morgan’s friends encouraged her to start a blog, but it was not until after graduation that she actively began blogging to showcase her own work. From there, an impromptu tweet and an idea for a T-shirt inspired Morgan to build a platform as a way to build an online community. Now she uses @blackgirlswhoblog and the #blackgirlswhoblog hashtag on Instagram to share playlists and inspiration, and to empower Black women across the world to share their voices, too.

What is “Black Girls Who Blog?”

“Black Girls Who Blog” is an online community of Black women in the blogosphere and a place where Black women who blog can be seen, heard, celebrated and validated.

What made you decide to start it up?

When I graduated, a friend who was doing pageants had asked me to style her for new headshots. So, I decided, I want to start a blog. I want to have something tangible to show my work.

Fast forward to a year later, April of 2014: I unintentionally tweeted that I would love to have “Black Girls Who Blog” on a T-shirt. It was aimless, and I didn't think anything of it. I just sent it out to Twitter. At that time, I had a small community of Black women who blogged; we followed each other, and we supported each other's posts. A friend of mine reached out and asked if an illustration should accompany the text on the shirt. She sent me a draft of the original Black Girls Who Blog logo and had shirts printed. That is how #BlackGirlsWhoBlog was born.

I started an Instagram to promote the T-shirts. When that run died down, I thought I’d just continue posting on this account and share different Black women who blog, who I thought were fly, talented, cool and have quality work.

I started making every day a theme and that gave me some consistency. The rest is history. 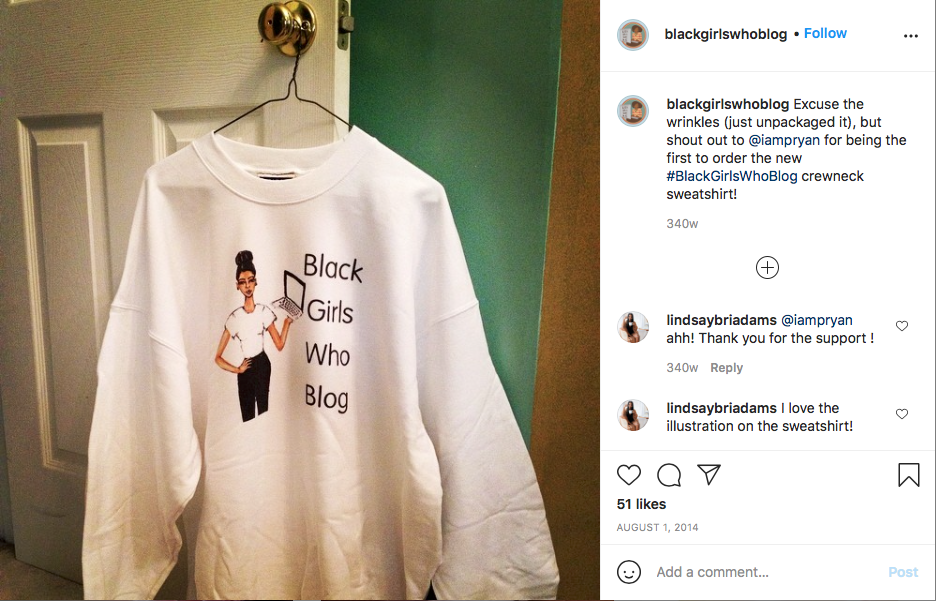 Are you the only person behind it? Do you do all the writing?

Yeah. I do literally everything. I'm a one-woman show.

How do you find people? How has the community grown since you launched it?

When I first started, I was posting bloggers that I was aware of. As the hashtag and the page grew, I just had to search through #BlackGirlsWhoBlog on Instagram. Features are selected by using the hashtag and tag in the photos. There is some color coordination that goes into the selection so every week there's a cohesive color theme.

What is the response from the people you feature? Do you feel like the community is growing?

I don't tell people they're being featured. I do my own research, and then I curate the content I post. Everyone is even more excited when they're featured because they have no idea that it's coming. They wake up, and they're like, "Oh my gosh!" 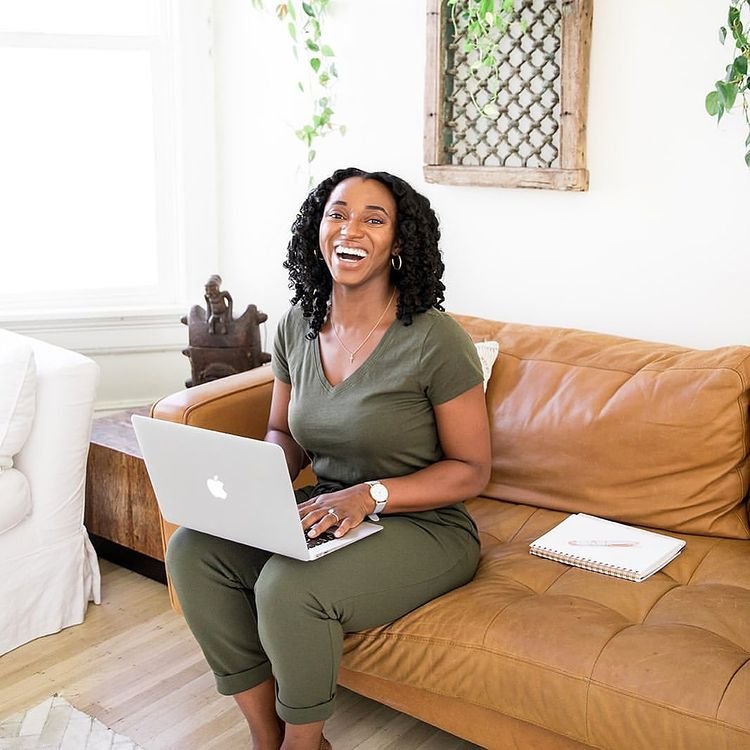 Michelle Ijeoma was recently featured on @blackgirlswhoblog. She’s a corporate lawyer who blogs about beauty and style at michelleijeoma.com

How are things looking for the Black Girls Who Blog hashtag?

A few months ago, the #BlackGirlsWhoBlog hashtag on Instagram hit one million users, and I'm proud of that. You can obviously see the following, how it’s grown and how people interact with the content.

What are some things that you've learned about this community that you didn't know before?

You assume that the only bloggers out there are the popular ones. You don't even realize how many people have their own personal blogs that they take very seriously, update consistently and put a lot of time, effort and money into. There's so many different topics, so many different lanes of blogs out there. 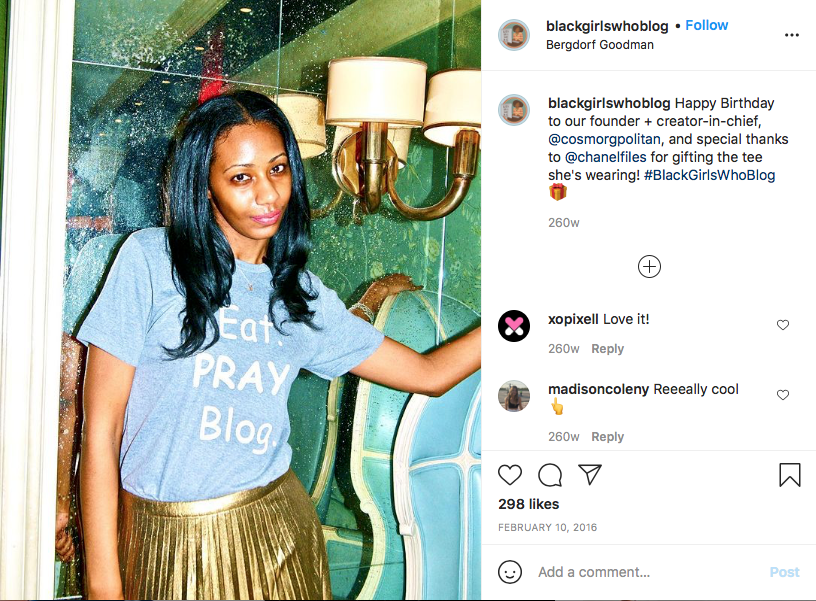 You appear on a lot of panels; can you talk about that?

I did two events in New York. One was a panel with three of the ladies that I've mentioned in my blog, talking about how the blogosphere and the internet have given microphones to marginalized voices.

I did another event with Glossier. They were expanding their shade range of complexion products, so I did an event with them. And then most recently, I did an online video call tutorial on how to make video content with the Jumprope app. [Events like these are] an extension of “Black Girls Who Blog.” They’re events for community members, and I do them when the opportunity presents itself. Someone has come to me and asked , "Hey, would you be interested in doing this?" If I'm interested, I pitch the idea. It's an extension of the brand IRL versus in a URL. 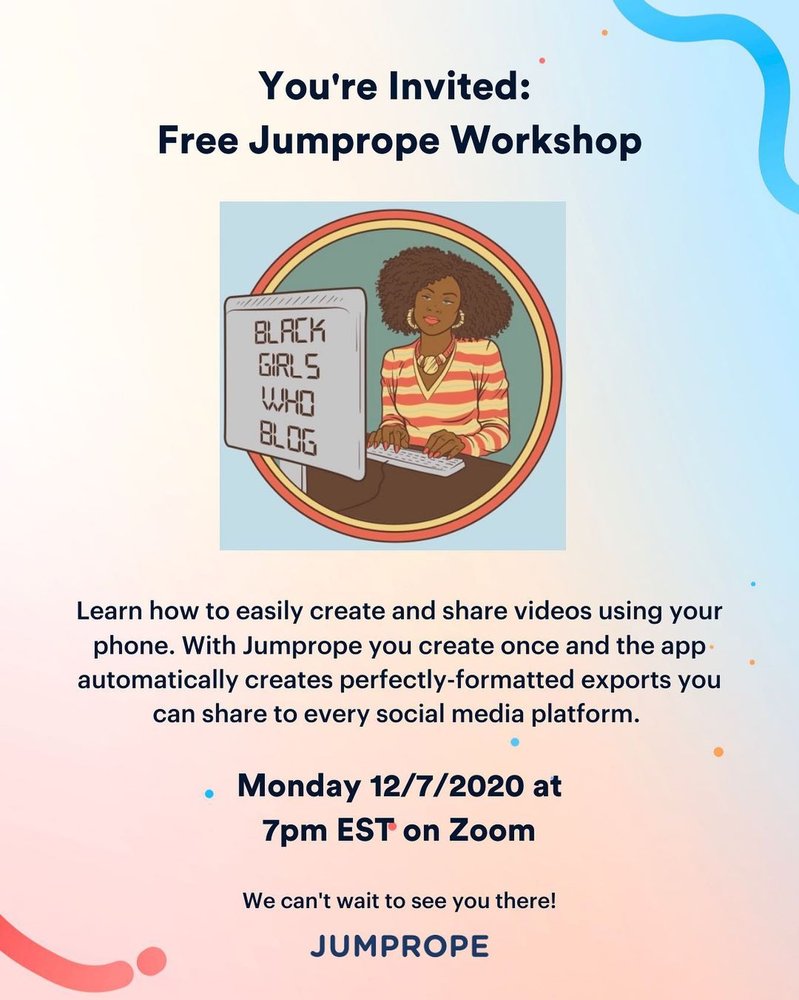 A digital promotional flyer for Morgan’s Jumprope workshop. Follow Black Girls Who Blog on Instagram to catch one of Morgan’s future speaking events.